On Wednesday 18th June we took a boat out of the harbour in Provincetown in the hope of sighting some whales.  The town is renowned as one of the best places on the Eastern seaboard of America to see many different species of whales depending on the time of year.

Native Americans were the first whalers off Cape Cod, using the whale's meat, oil and bone.  Early European settlers learned from the natives of how to harvest them but come the arrival of the 20th Century the industry had died off in Provincetown.

Around this headland and out into the Atlantic Ocean lies the 'Stellwagen Bank National Marine Sanctuary' which is one of the USA's precious ocean treasures and lies only 10-12 miles off Provincetown.  The sanctuary is renowned among the world's premier whale watching destinations and is characterised by the remarkable array of ocean resources and food sources for the whales to eat. 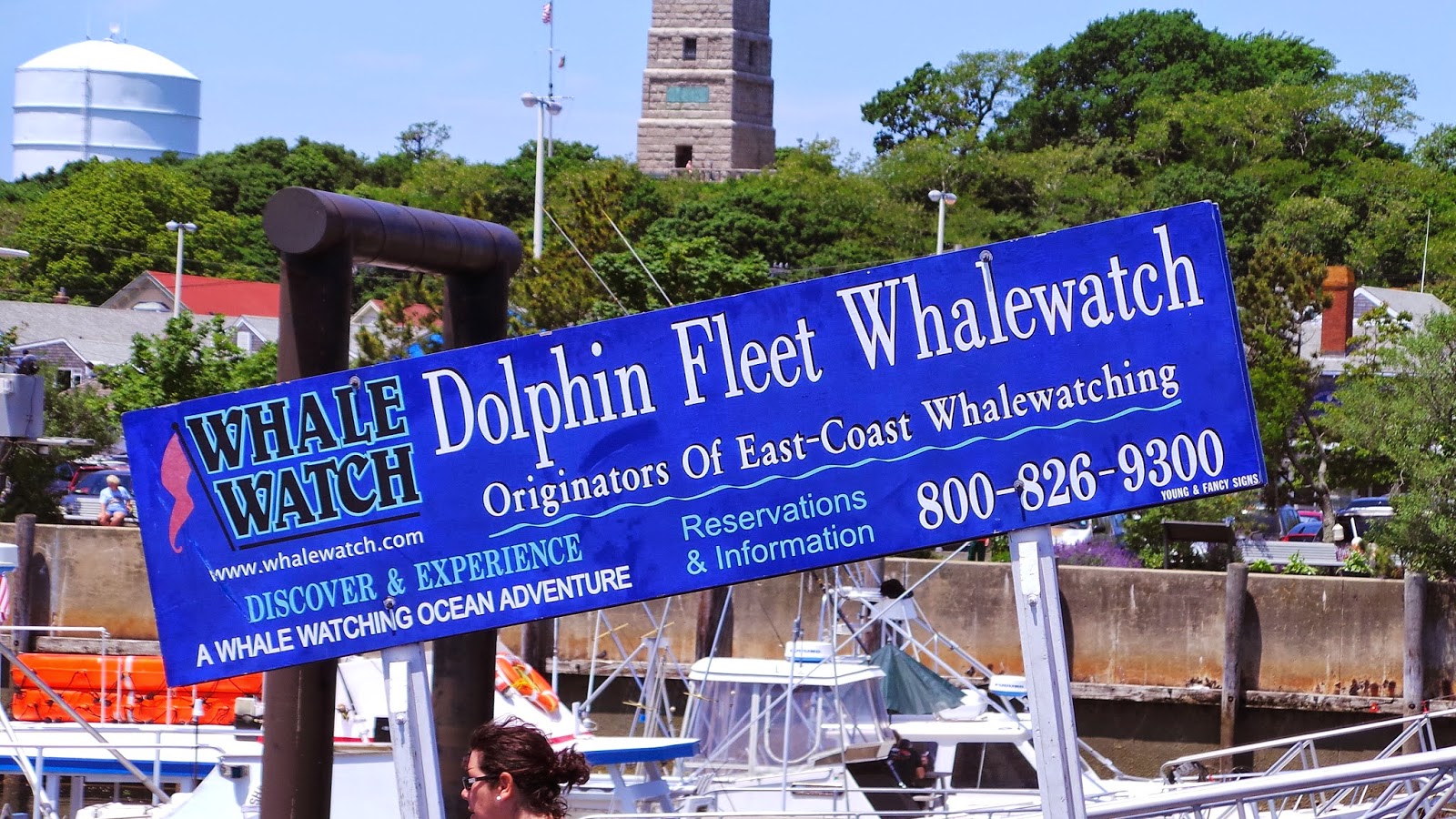 Standing "in line" waiting to board our boat.  My own personal view was that this company allows far too many people on these vessels.  Not from a safety point of view, but from the practical desire to take photographs.  It was like being in a 'Press Scrum' every time a whale was spotted! 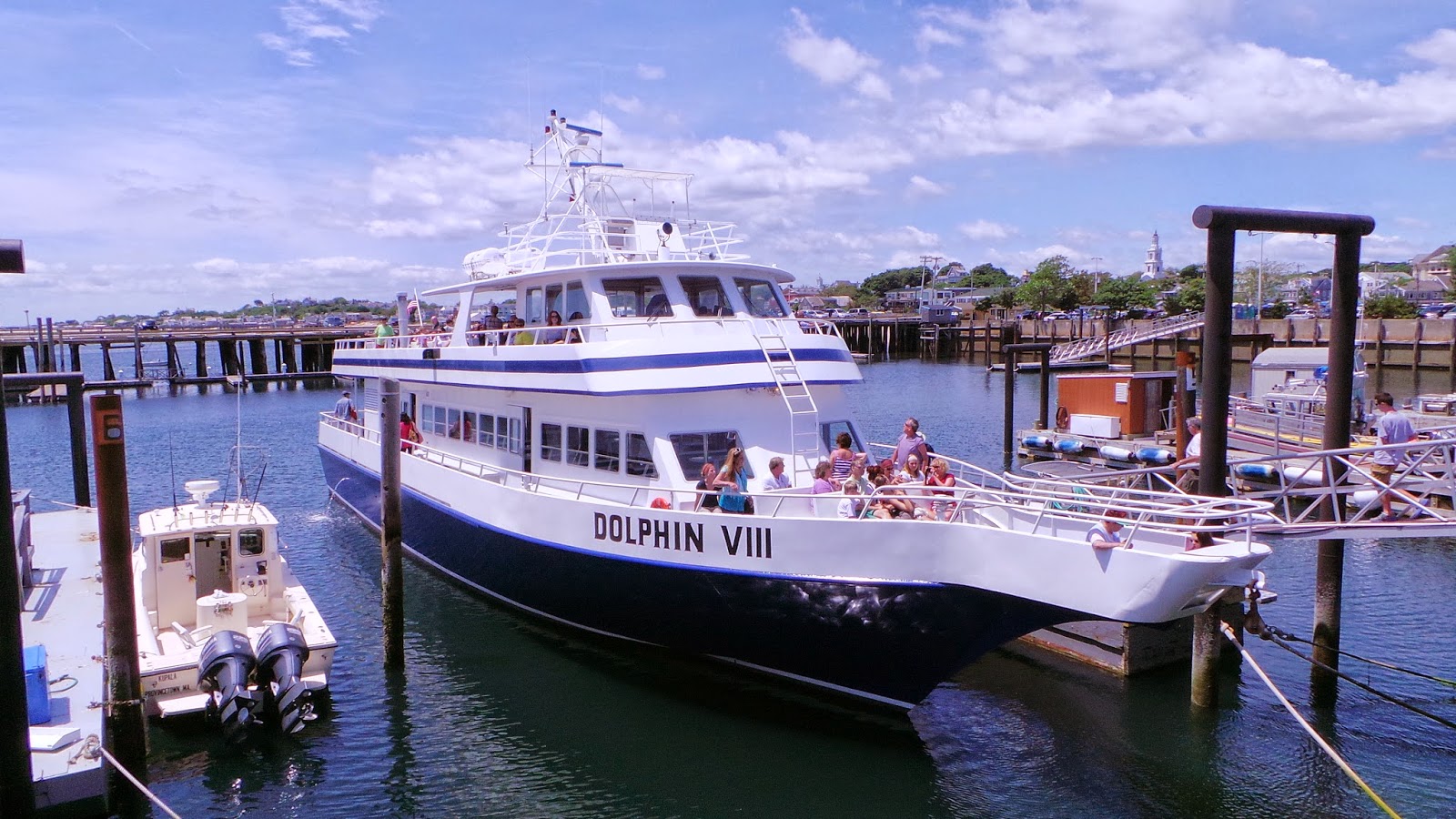 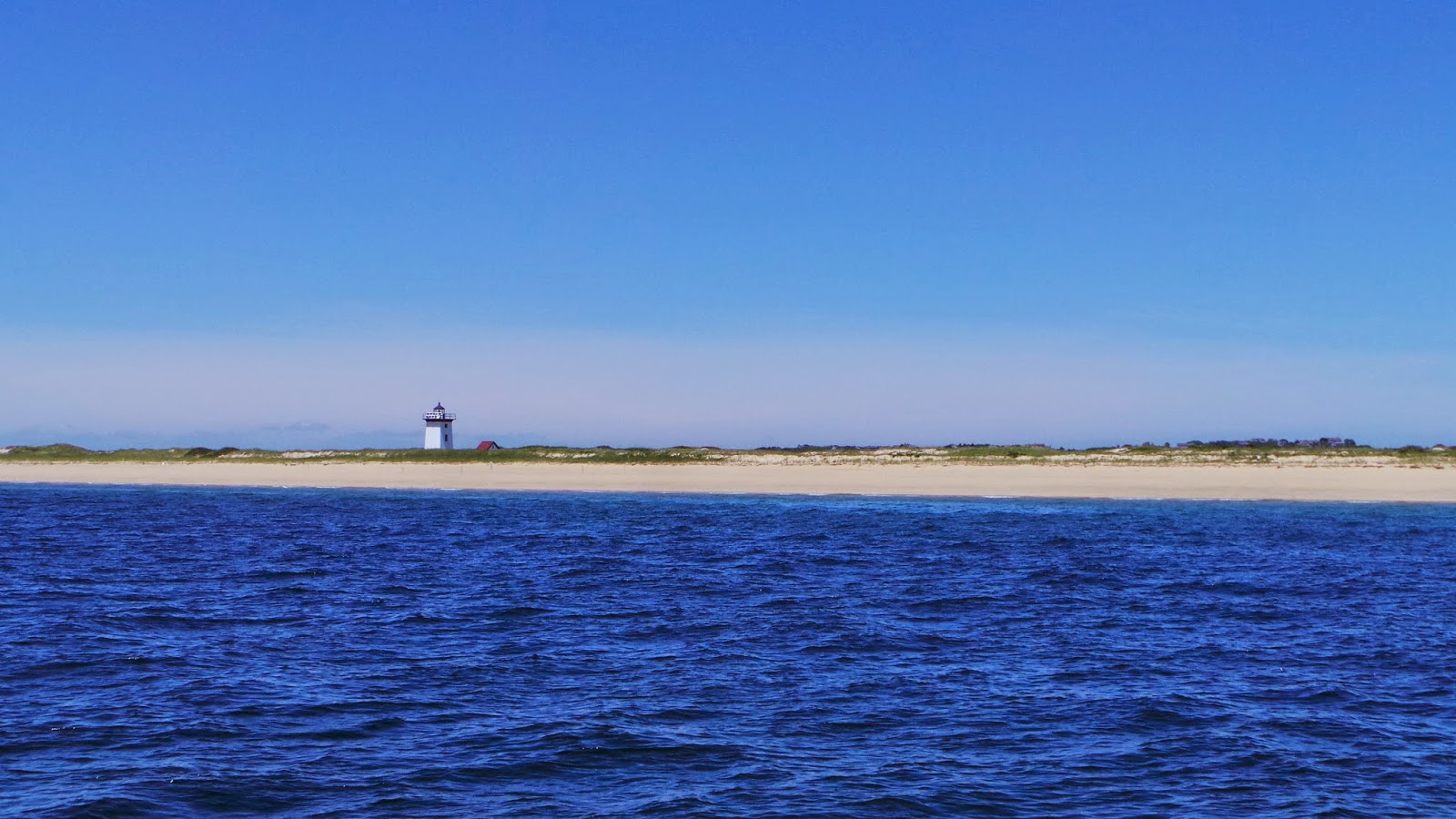 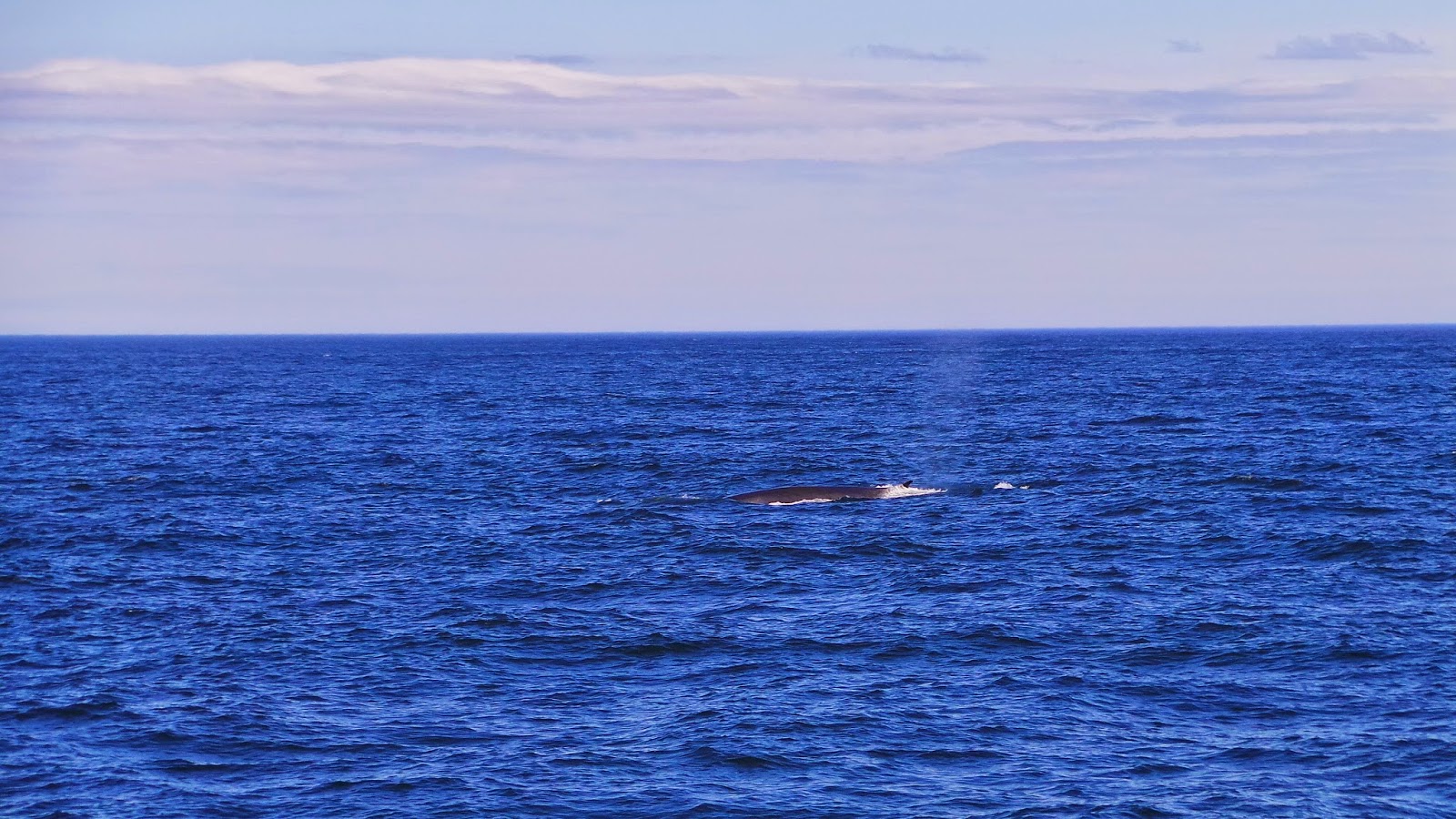 First sighting - this is a 'Finback' Whale 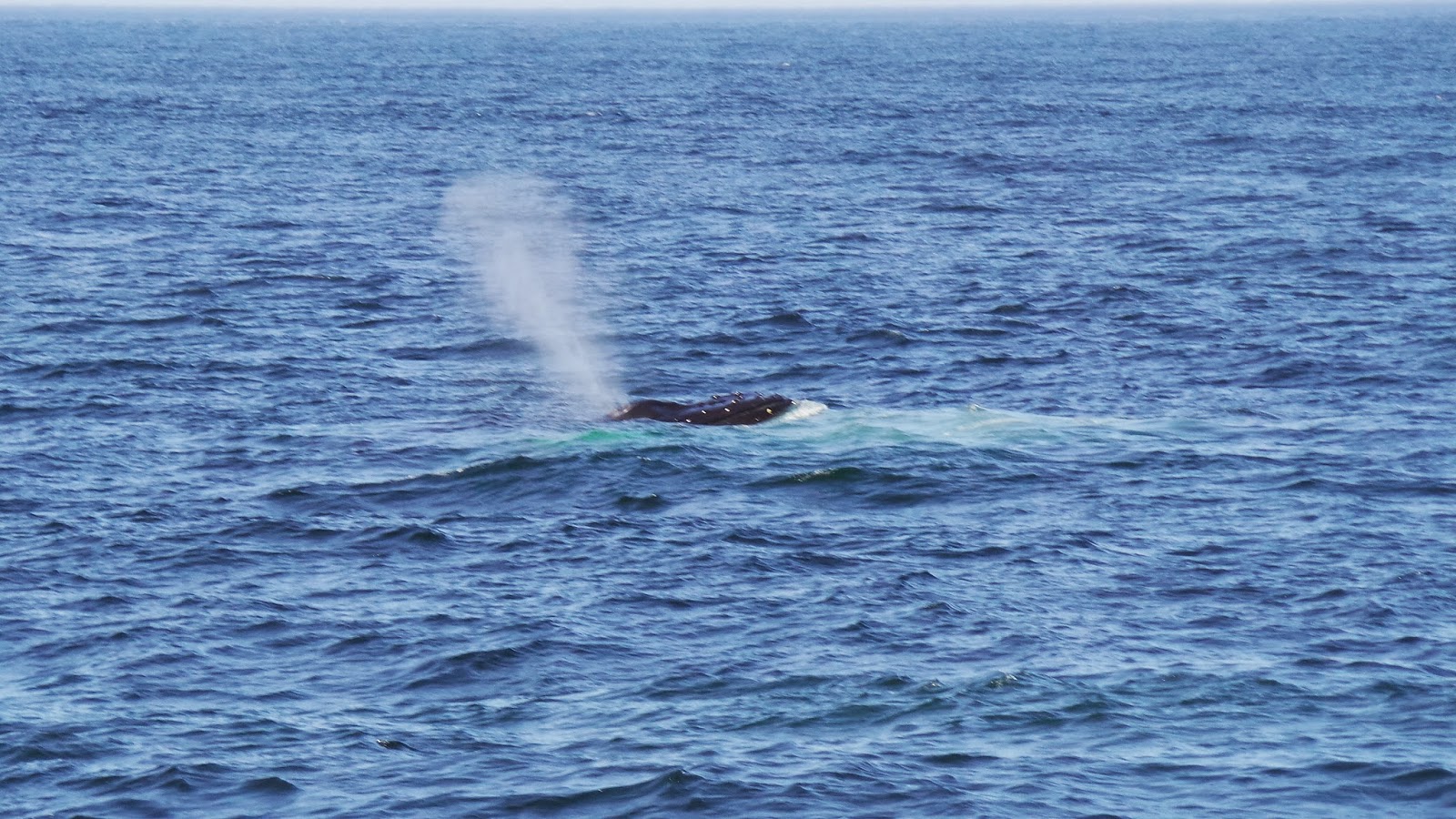 Our first sighting of a 'Humpback Whale' - "there she blows!" 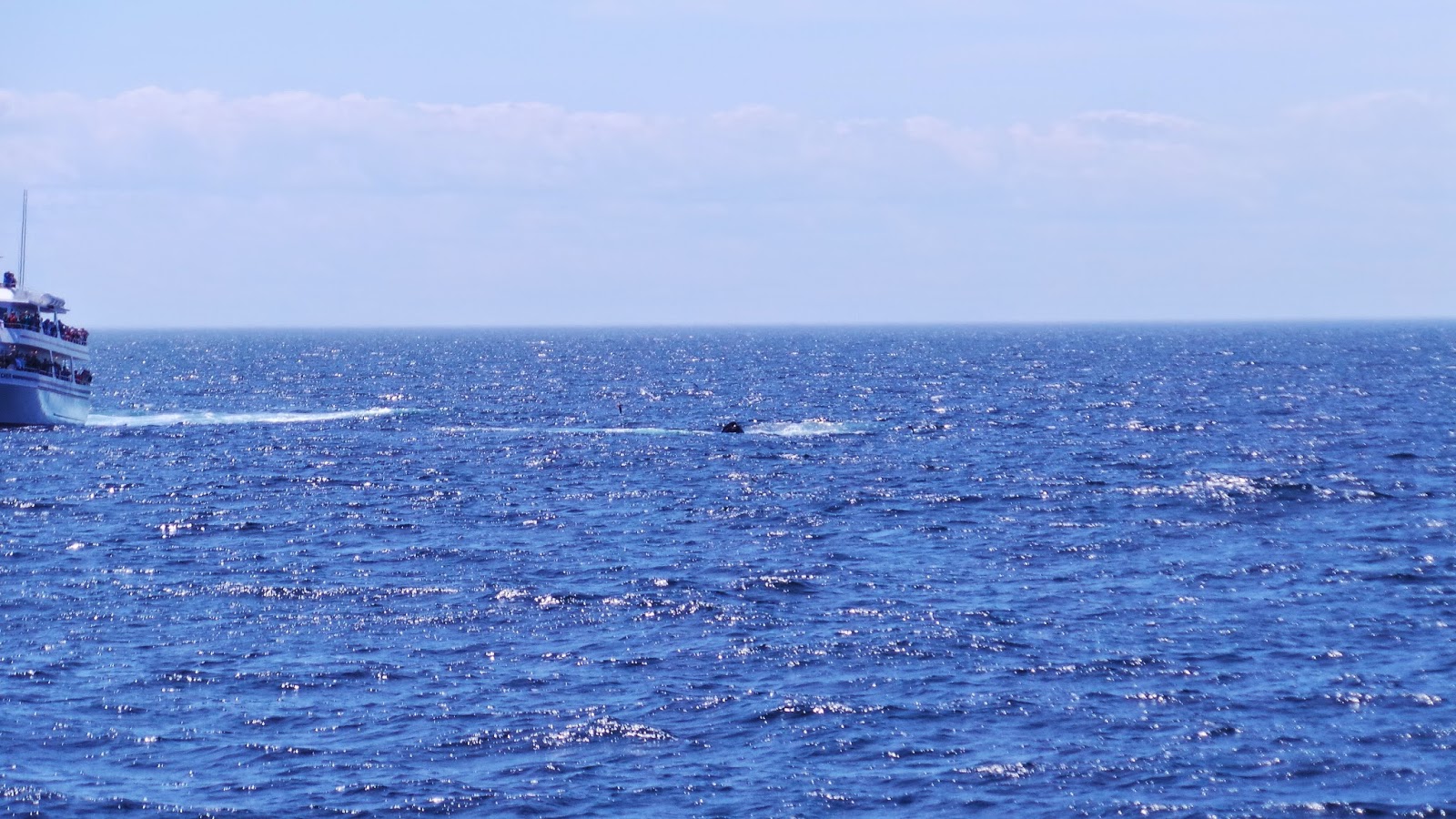 Off in the distance we saw a 'Humpback' surfacing to drain the water from its huge mouth, retaining the fish.  You can get some perspective of the size of the whale with the boat on the left. 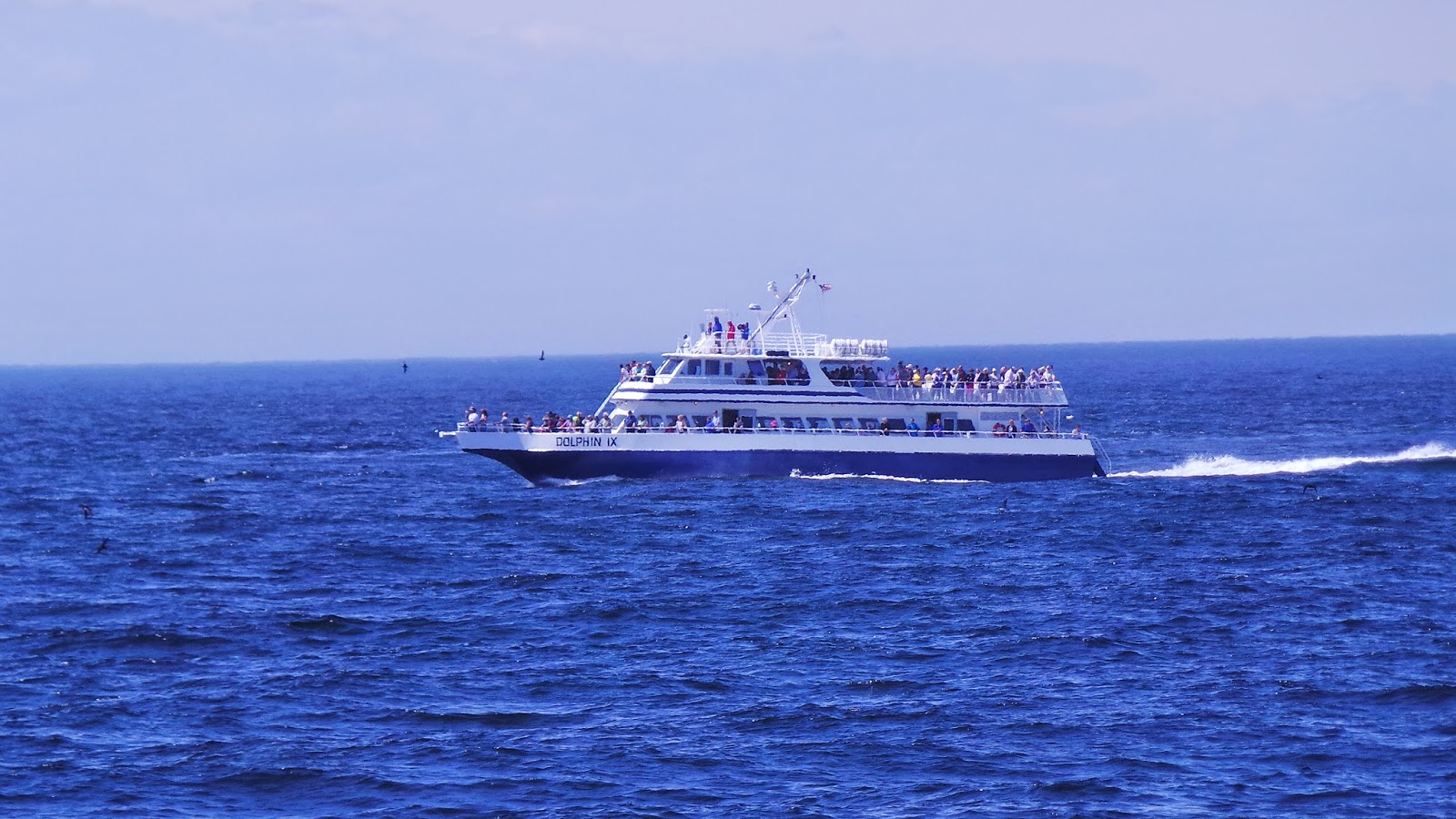 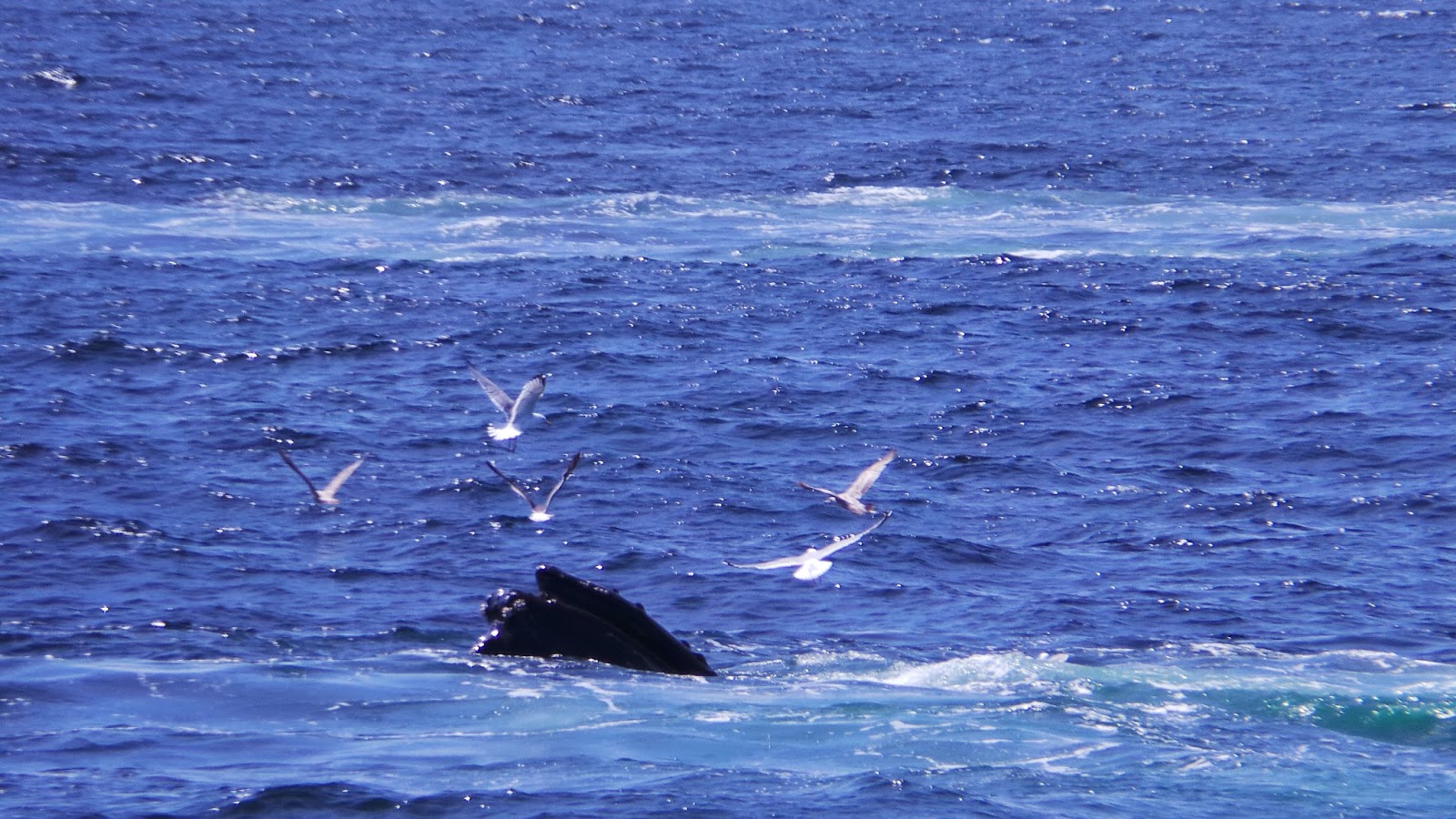 The seagulls swarm in as the whale drains the fish it has caught from its enormous gulps of water.  Any fish that slip out of their mouths are quickly picked up by the gulls 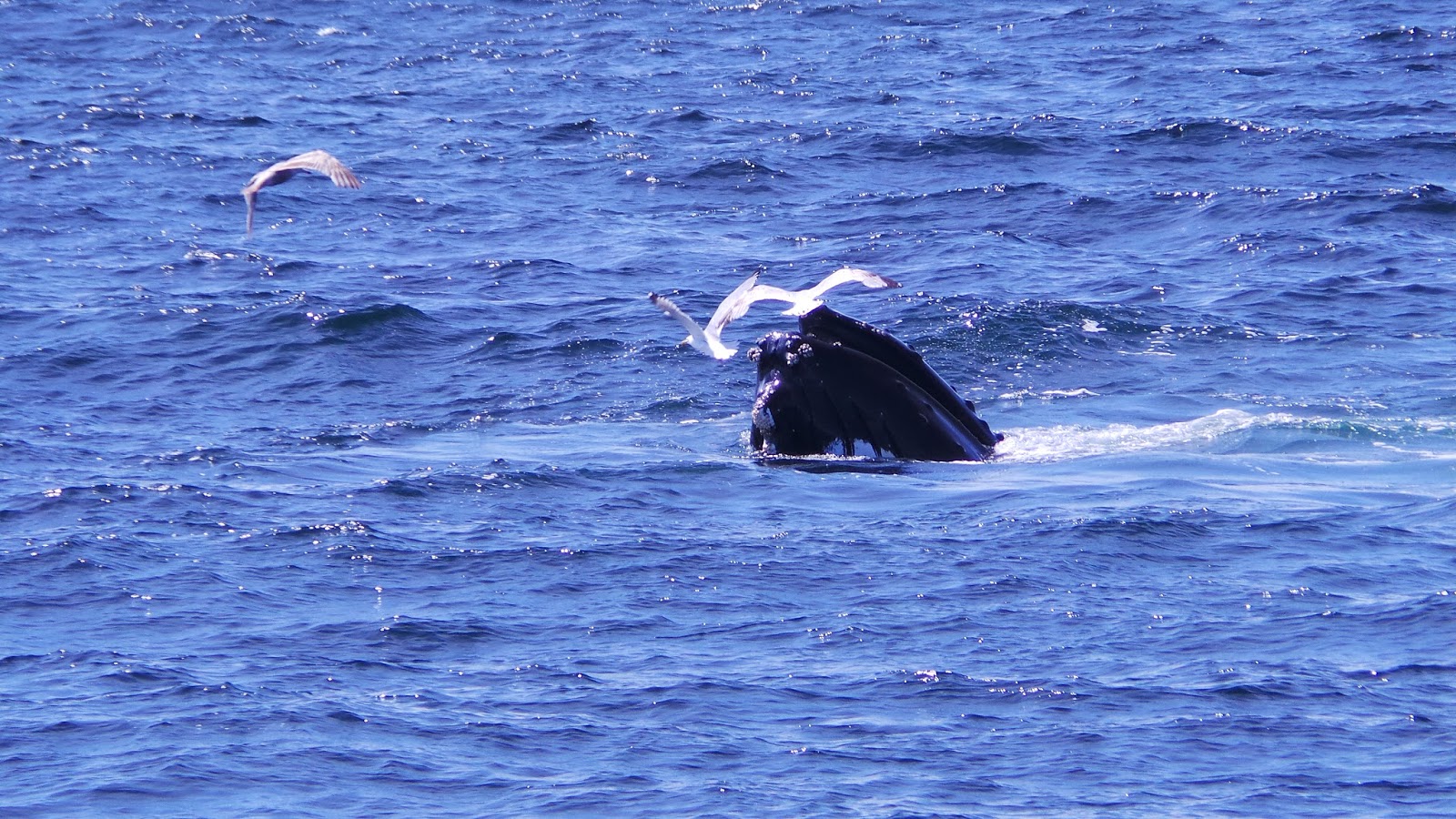 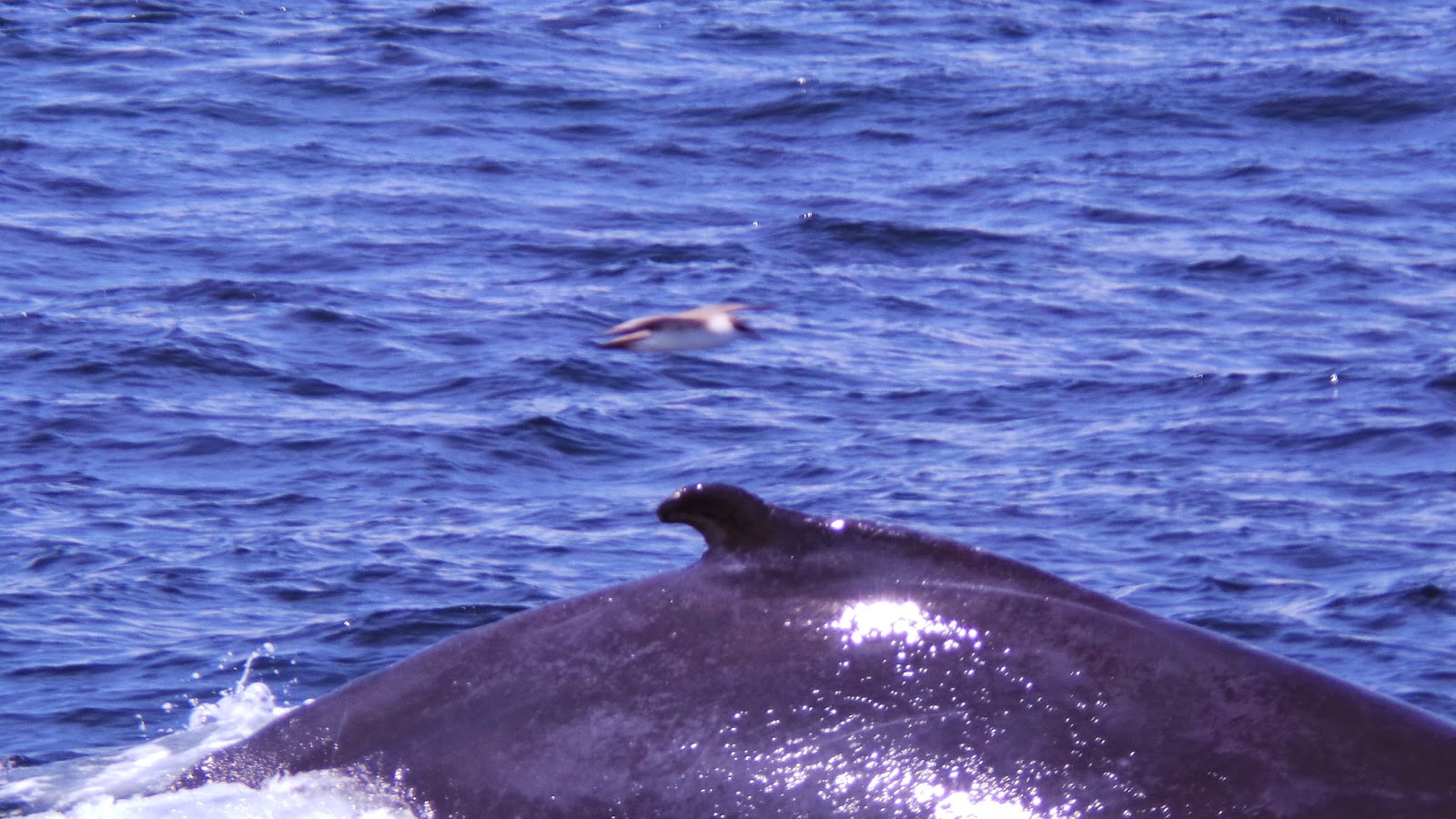 The 'hump' of a Humpback Whale 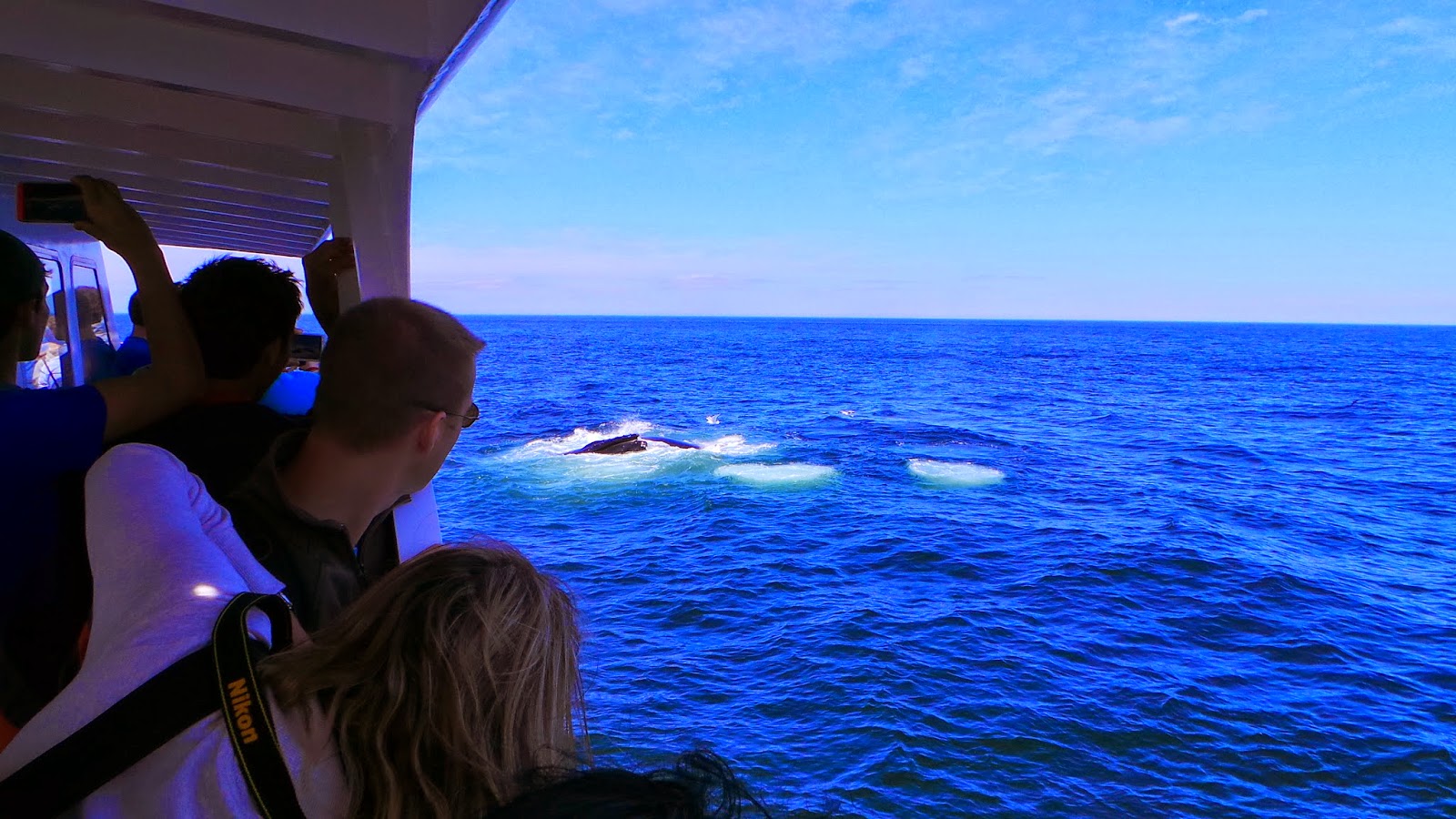 Coming closer to the boat.  Another 'Press Photographer Scrum' experience. 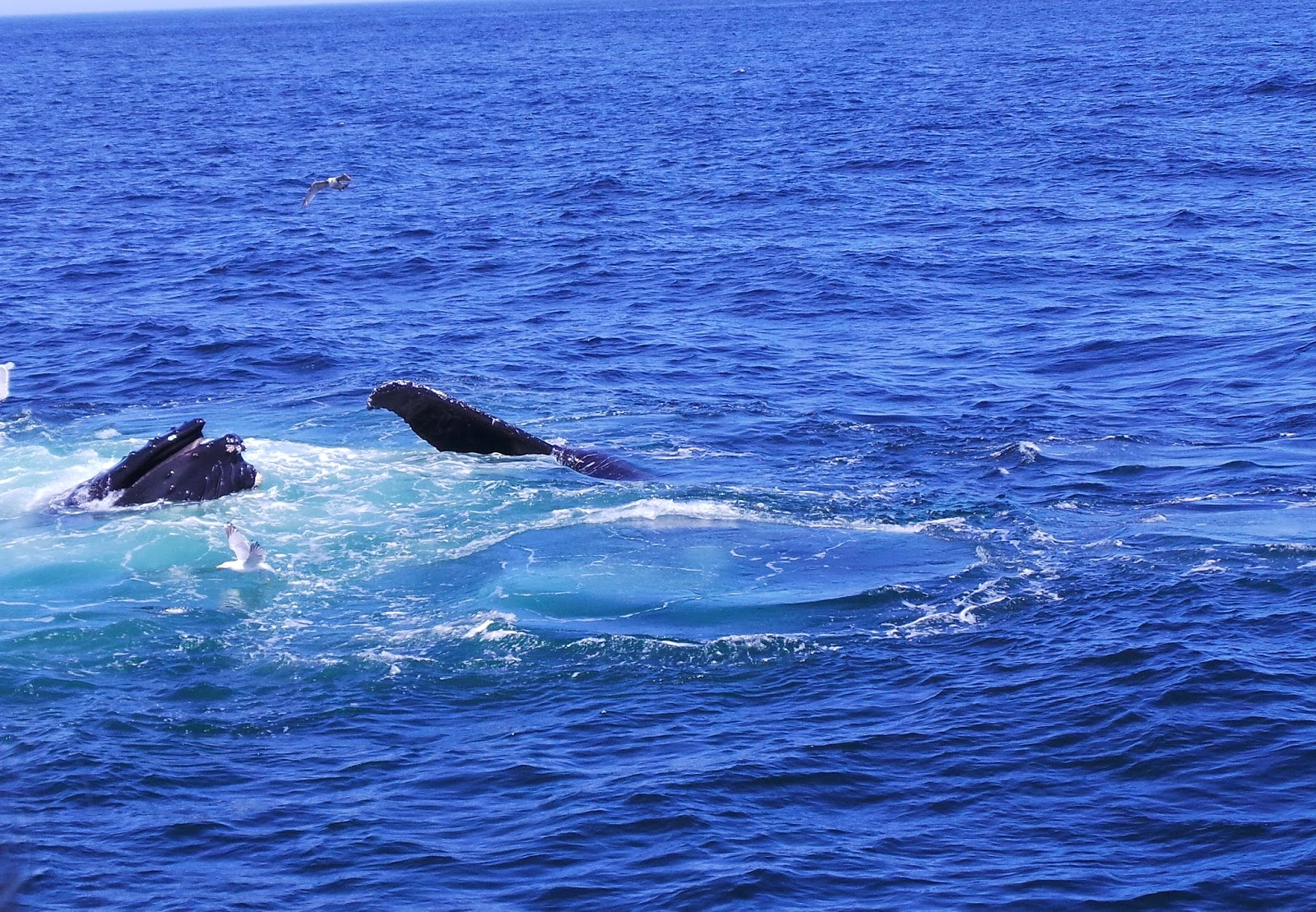 There are two Humpback Whales here, possibly a mother and her calf 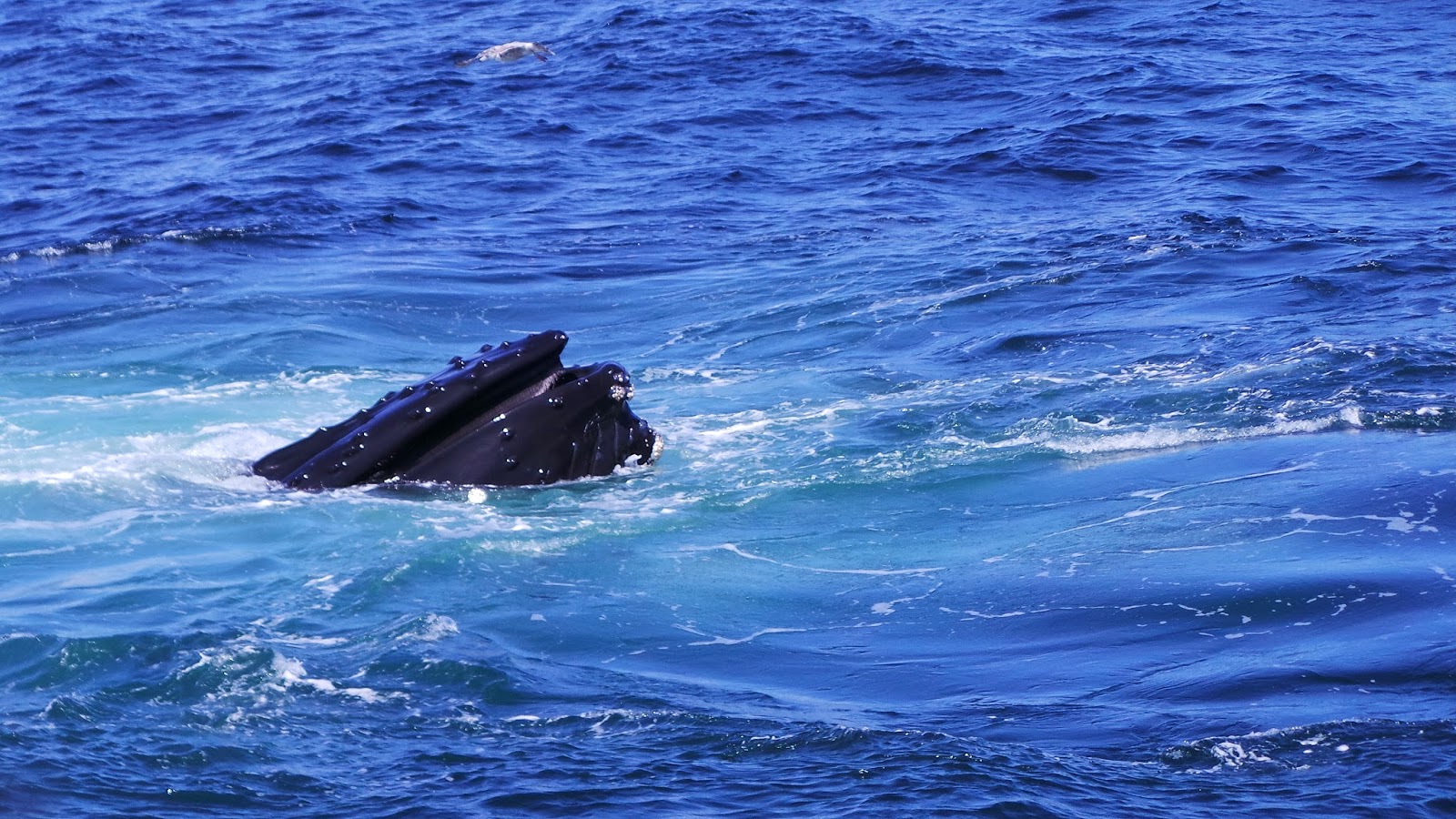 Draining the water from their mouthes, hoping for a ton a fish left to swallow. 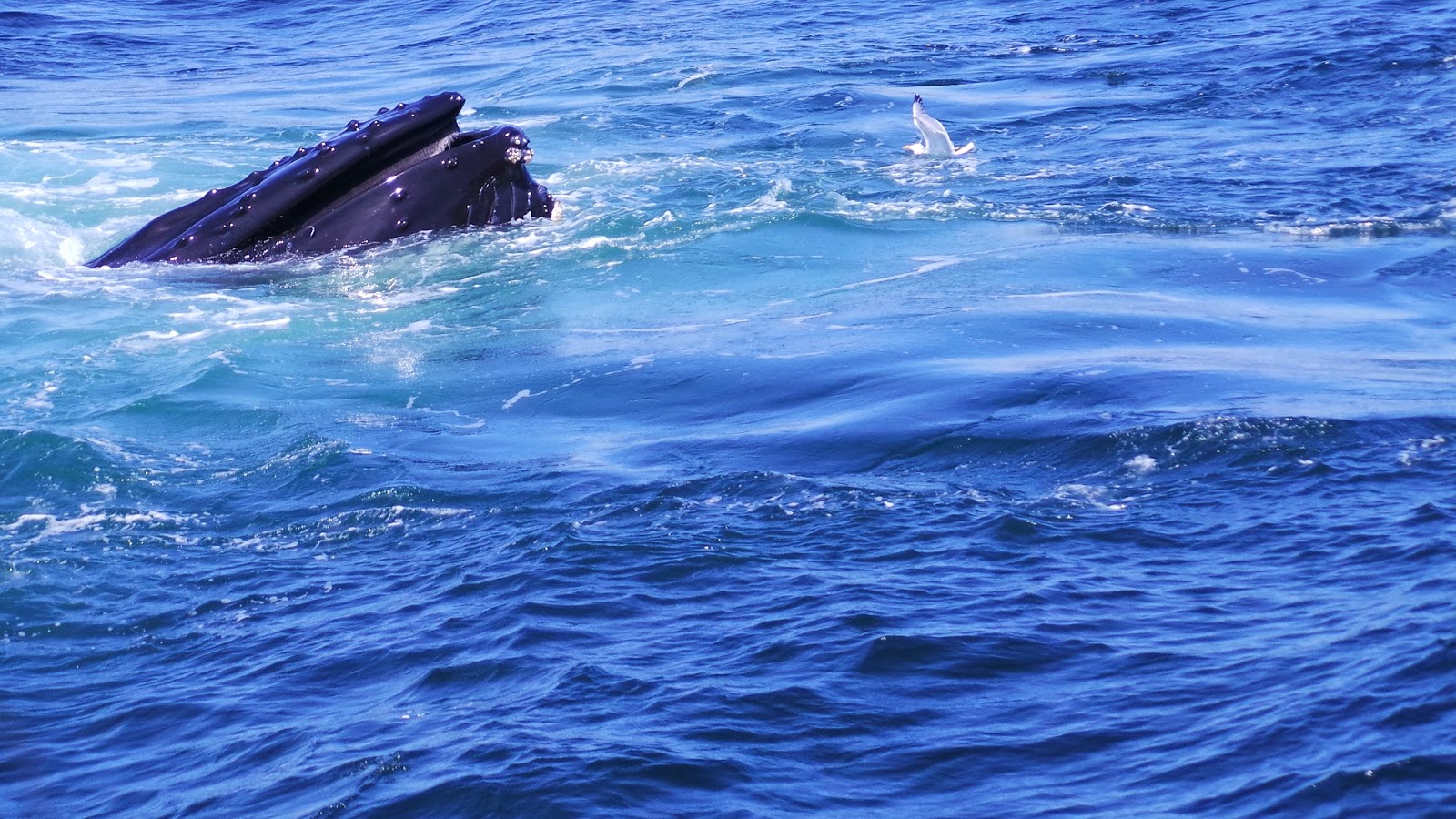 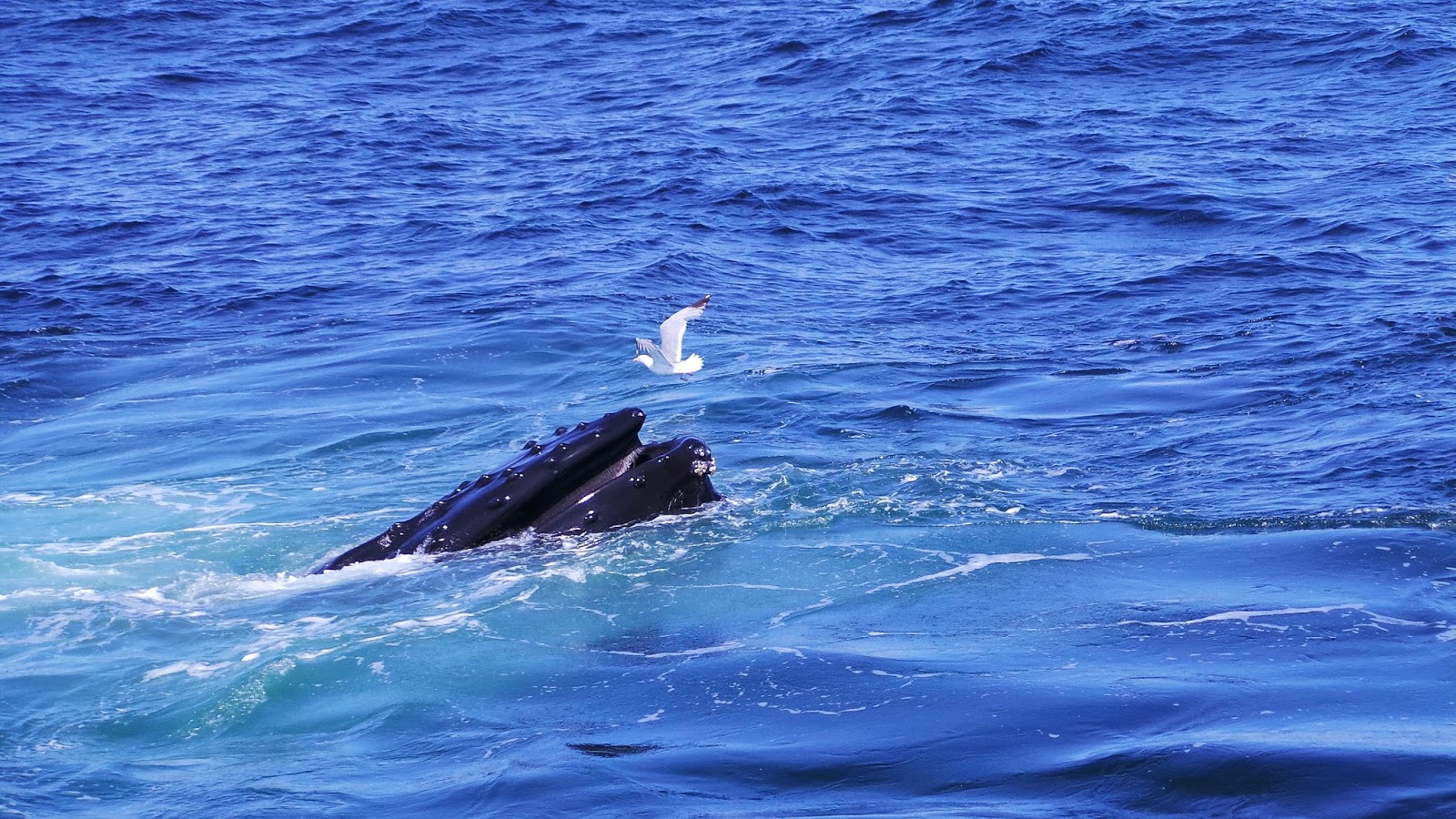 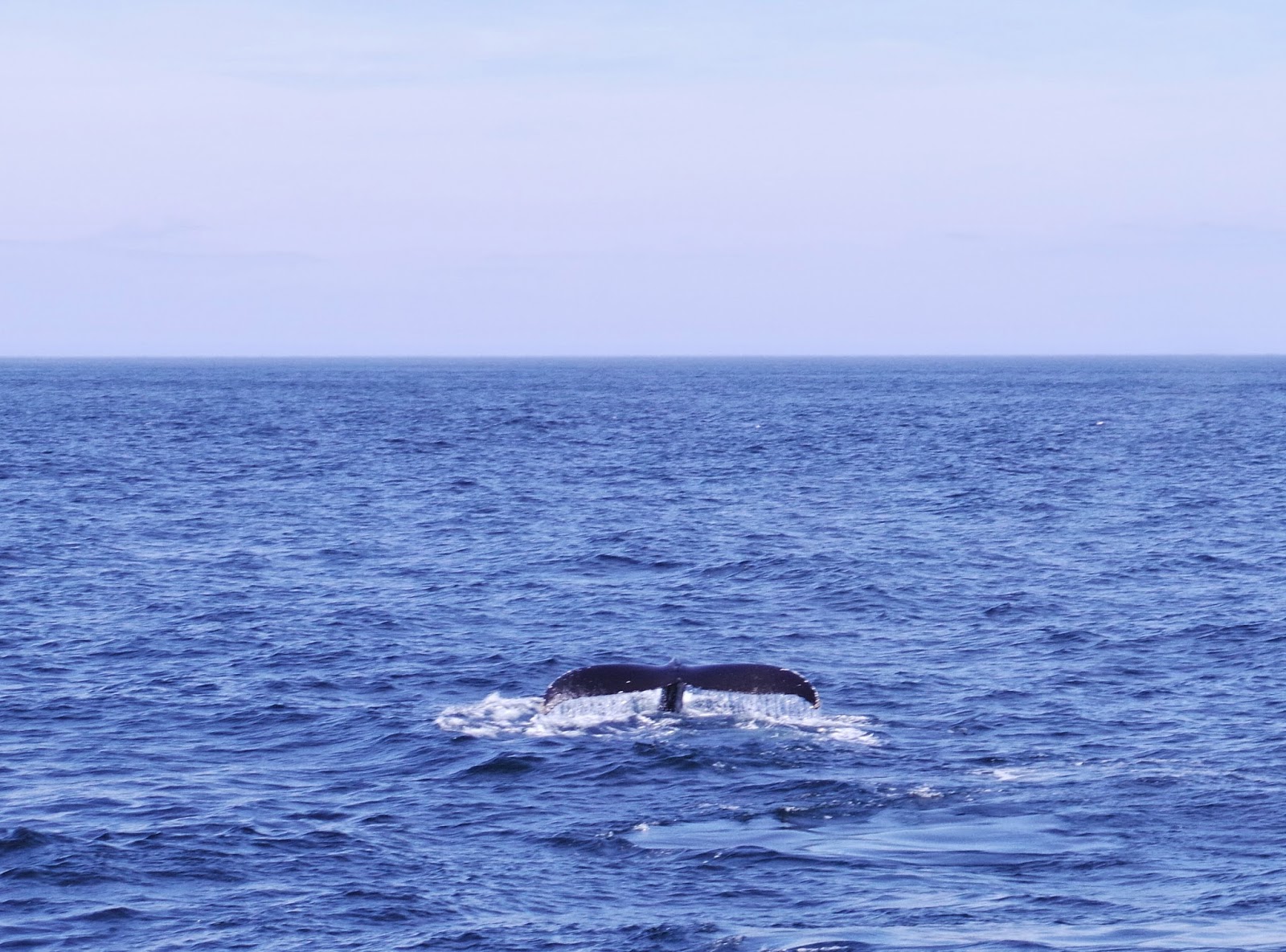 Deep diving, but a chance for some tail-shots 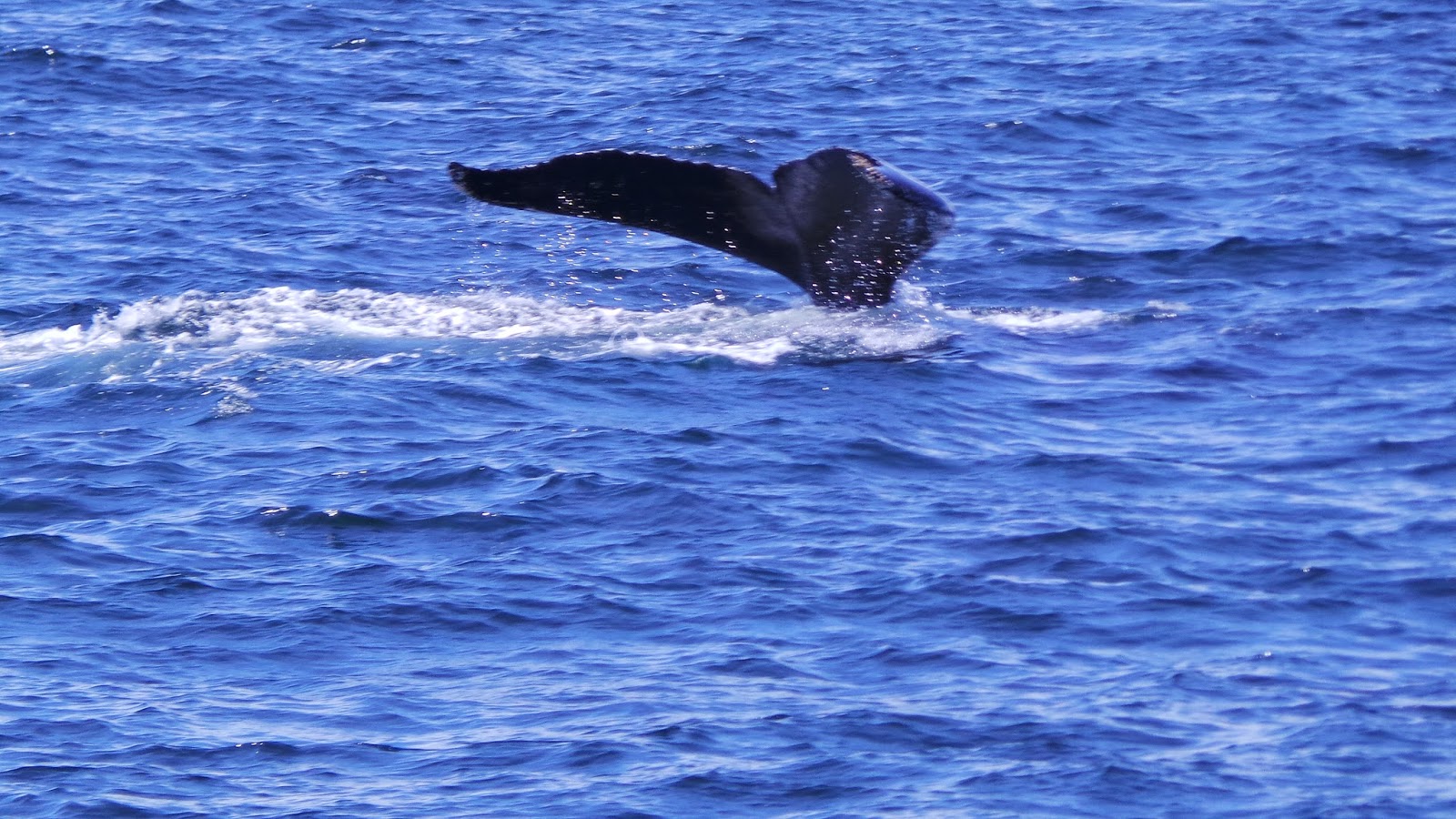 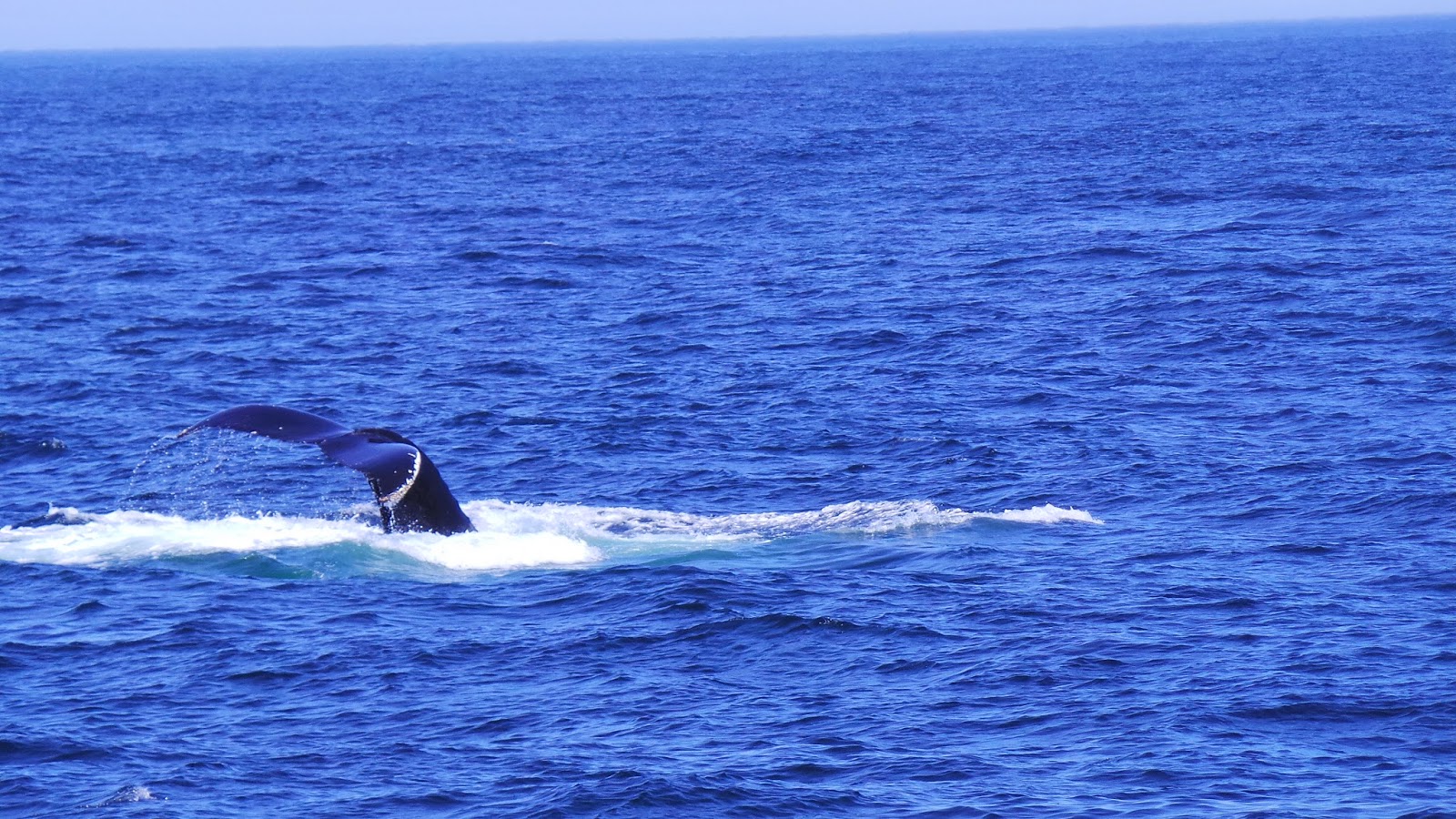 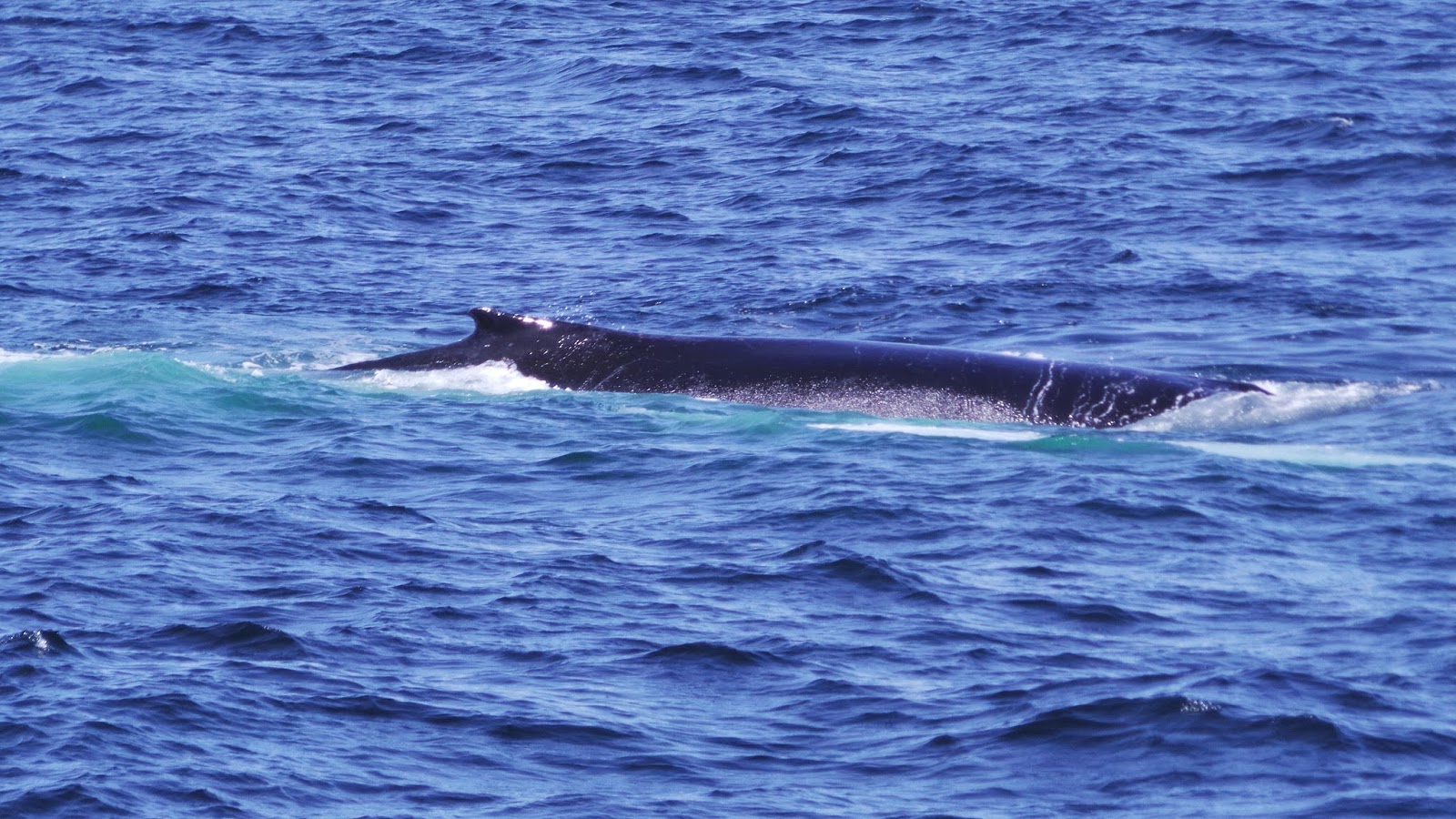 Humpback coming in slow and close the boat 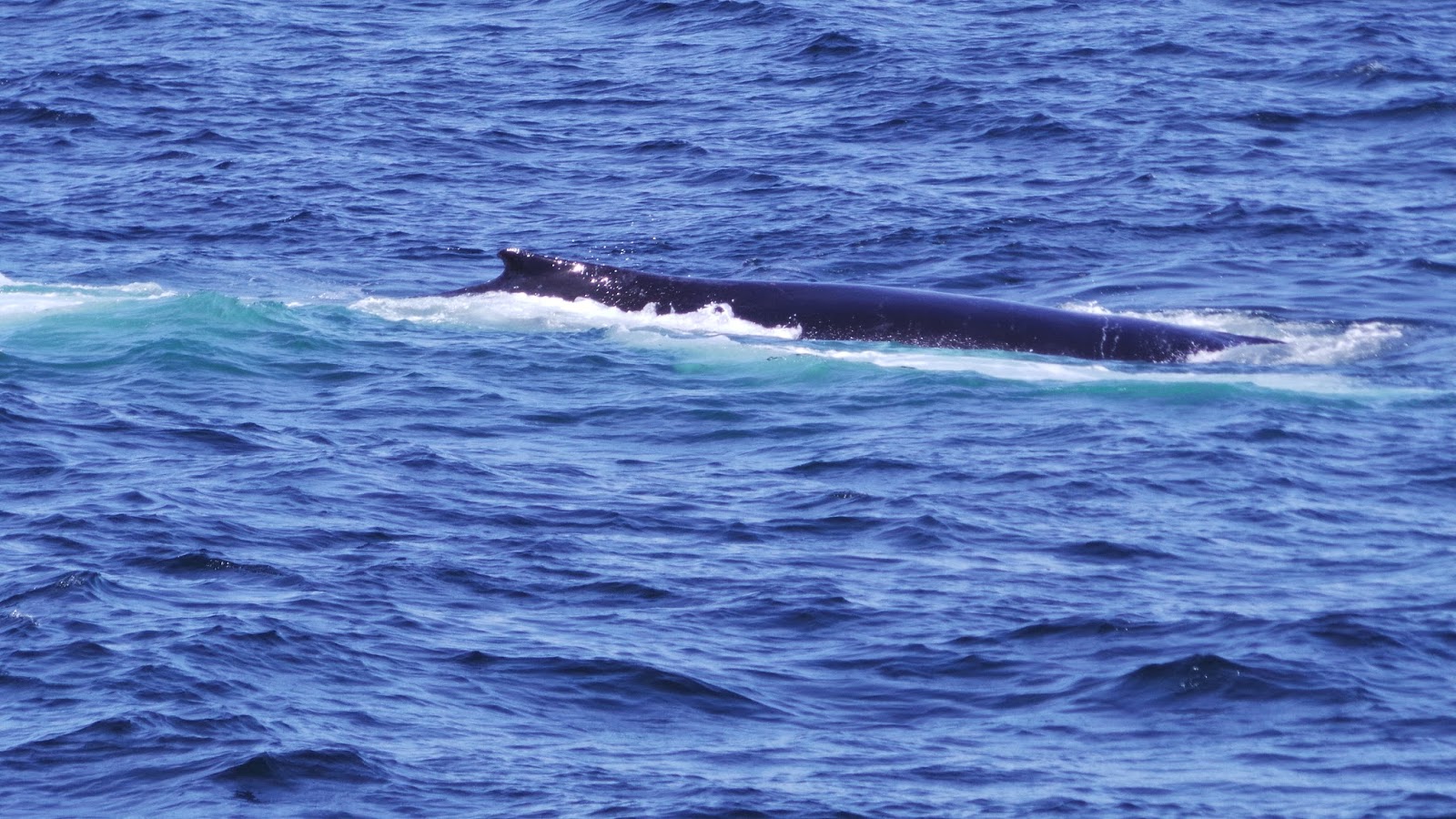 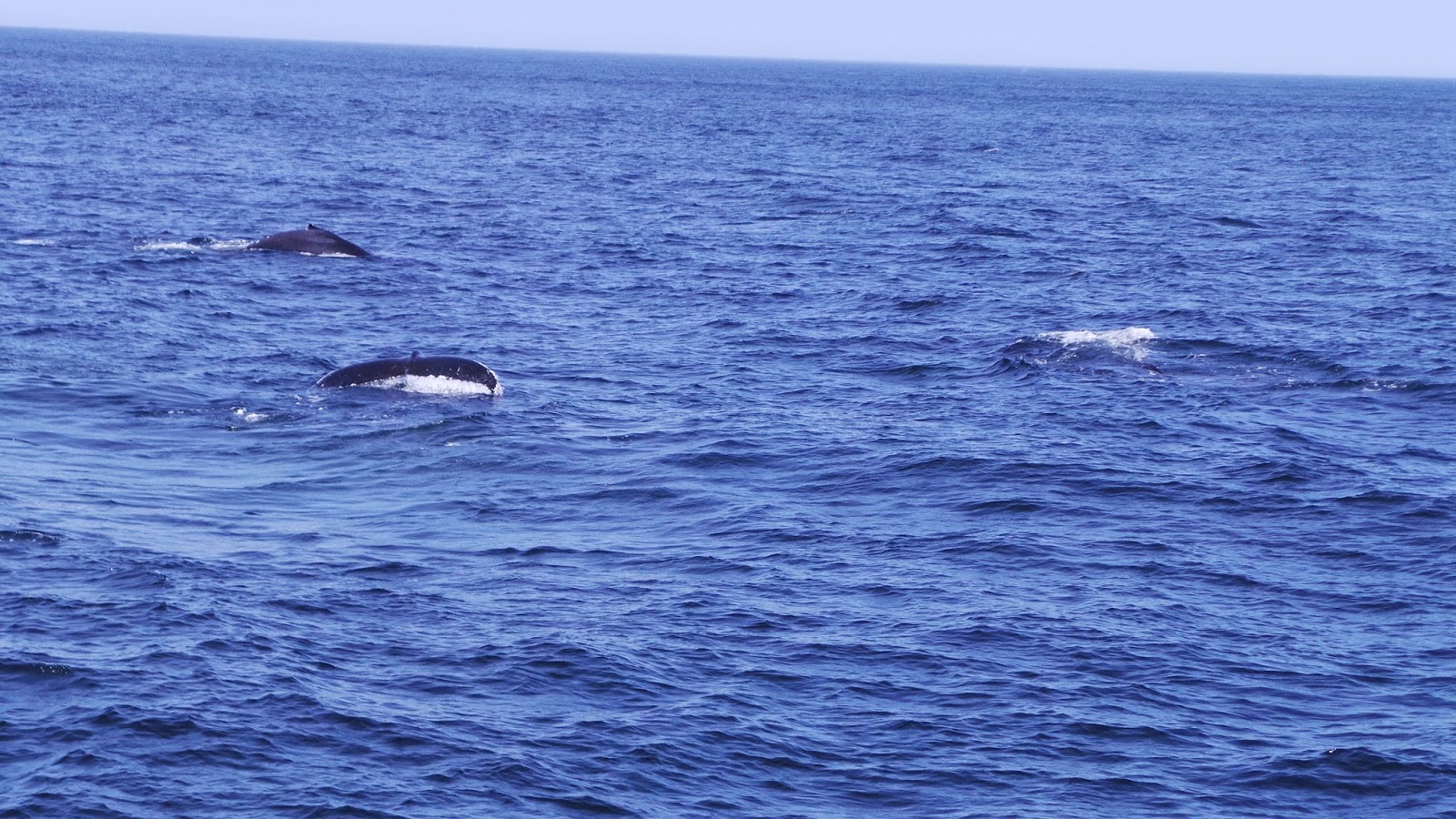 Another two Humpback whales together, again probably a mother and calf