Deadwood & Sturgis - "Fool In The Rain"

We arrived into Deadwood on Thursday 5th June with the all day sun we had enjoyed starting to set but still continuing to warm us.  Unfortunately that was the last day of sunshine we have seen in this famous cowboy outlaw town!!!  There is nothing worse for a biker than constant rain.  We came here to base ourselves for four nights so we could get out easily to all the famous locations like Devils Tower, Mount Rushmore, Crazy Horse Memorial, Spearfish Canyon, Sturgis, Needles Highway, and the Badlands.

Friday it rained hard all day and we didn't get out on the bikes - we were holed up in Saloon 10 downtown soaking up all the history as opposed to the rain outside.  Saturday was overcast and dull but at least we managed to ride to Devils Tower (see previous post) and over to Sturgis.

It's now Sunday and it has been pouring with rain since 6am this morning and it does not look like letting up - it's now 2:30pm and still going hard. The plan today was to go to Mount Rushmore and Crazy Horse and ride the Needles Highway - well it's not happening.  It would have been a miserable experience.  So the plan is tomorrow to get up really early (it's supposed to be dry and clear) and ride south to see Mount Rushmore and the Crazy Horse Memorial before heading east towards Milwaukee. 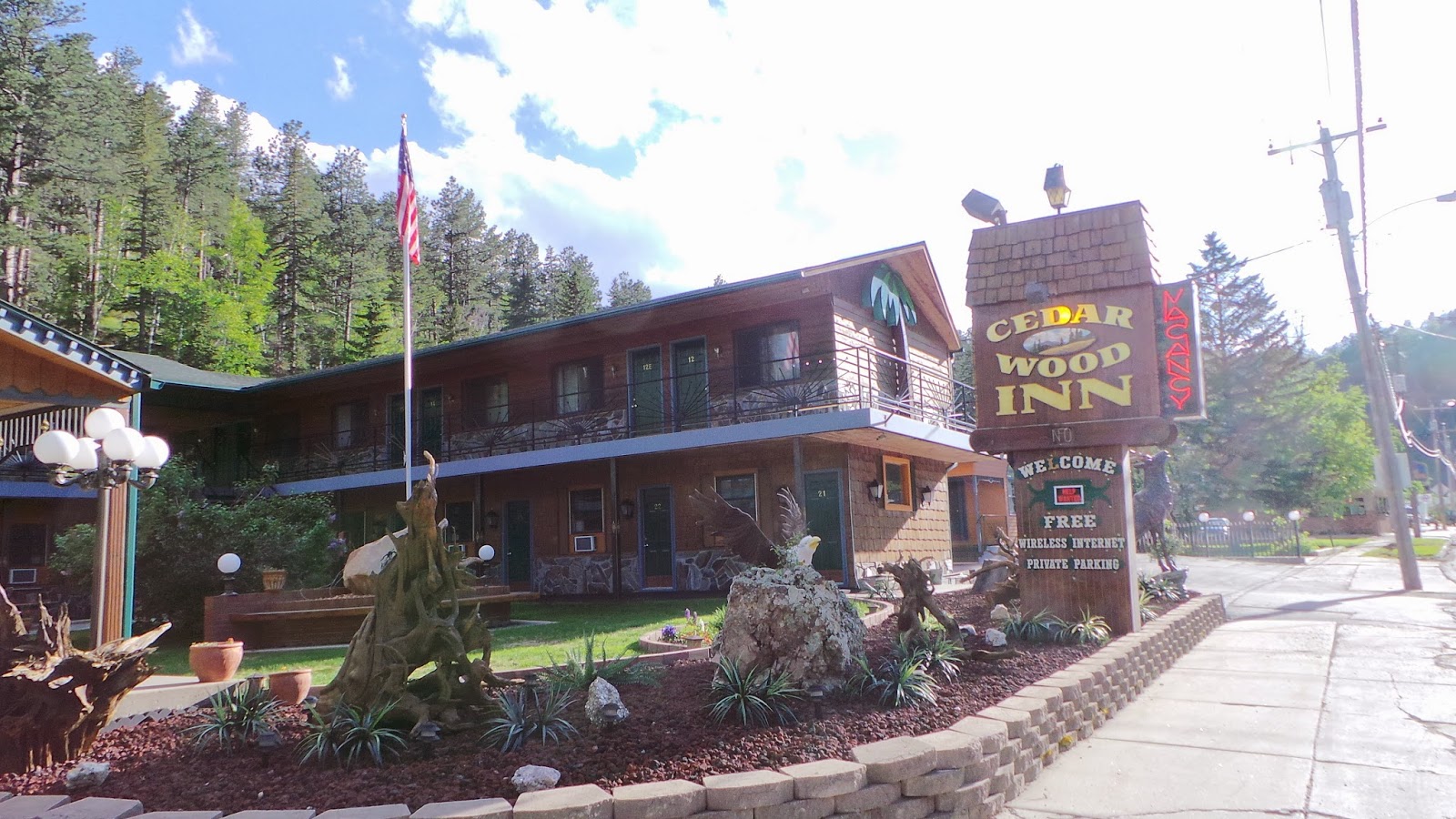 Our hotel.  Looks nice in the sun. Sadly most of the time we have had to look at it in the rain. 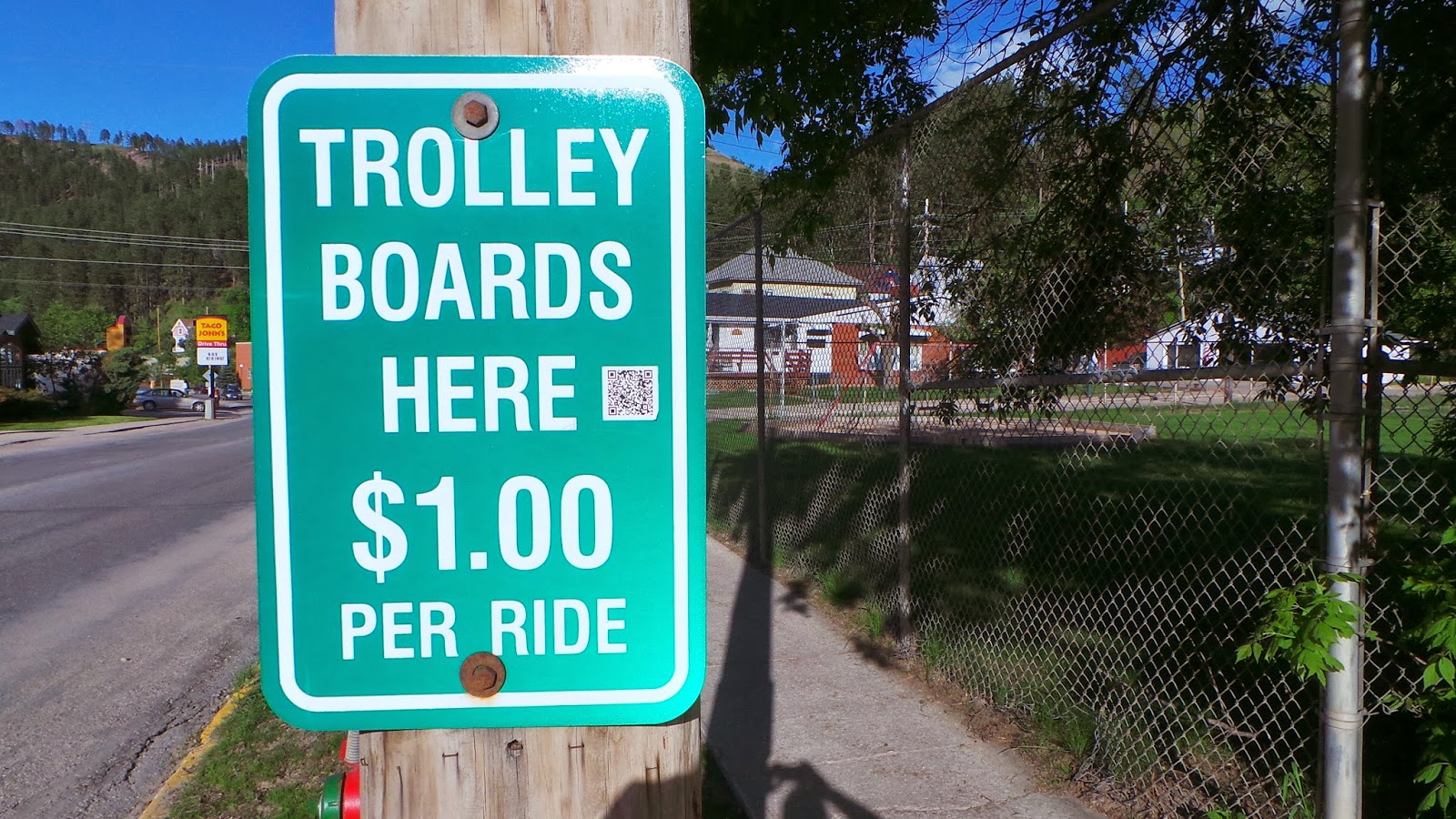 Cheap ride into town though 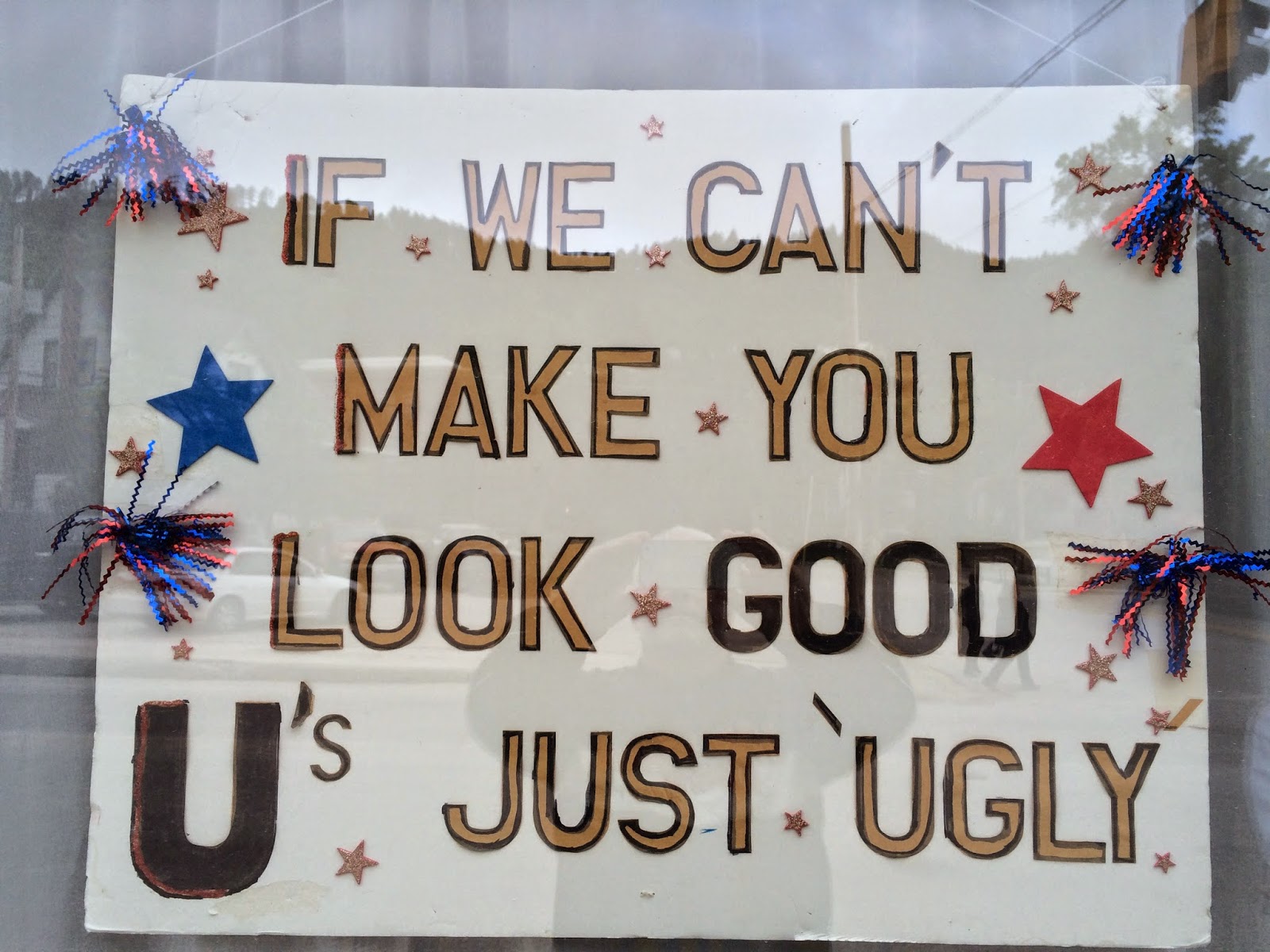 Wonderful piece of Deadwood humour - sign in a Hairdressing Salon in town! 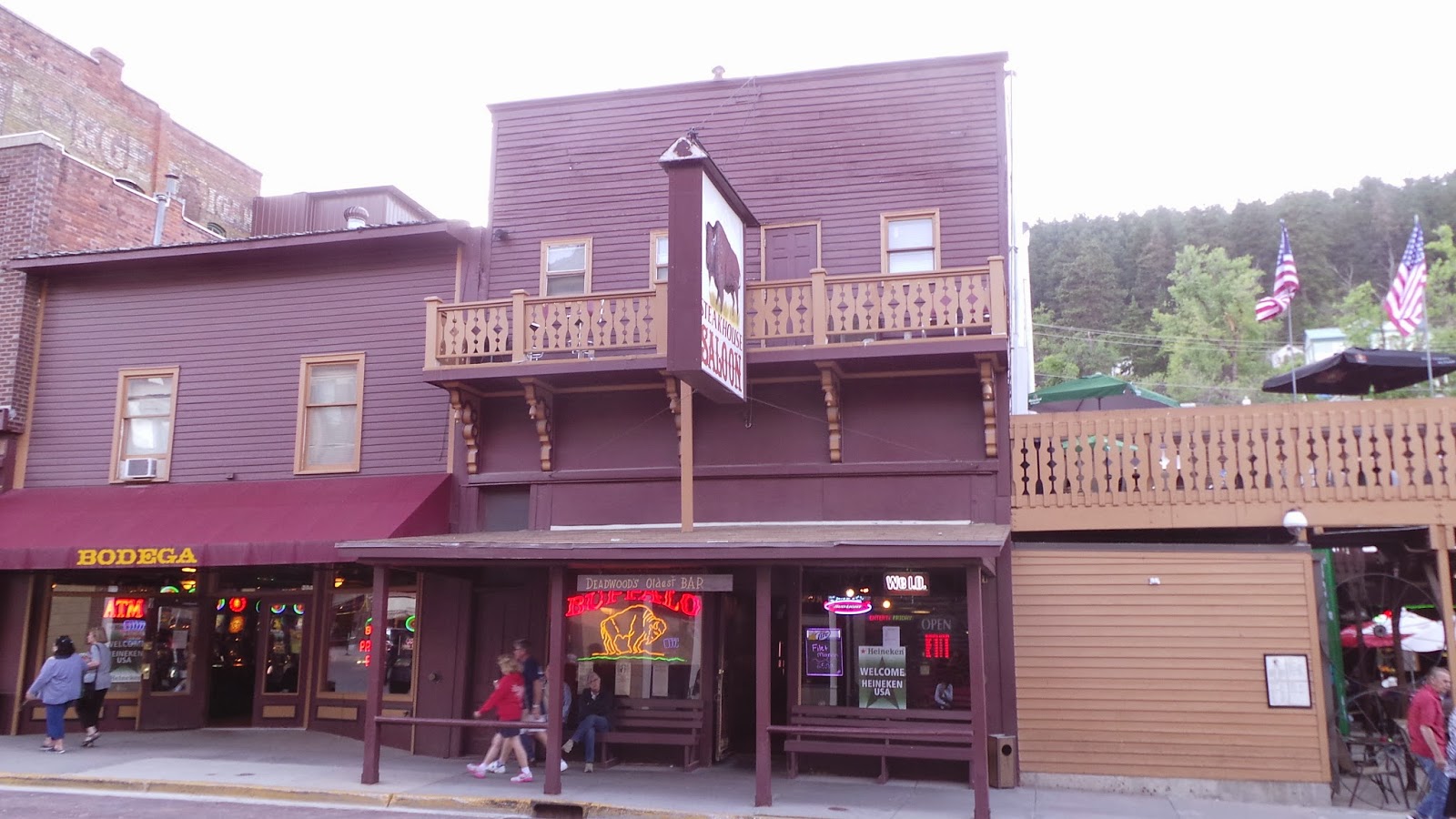 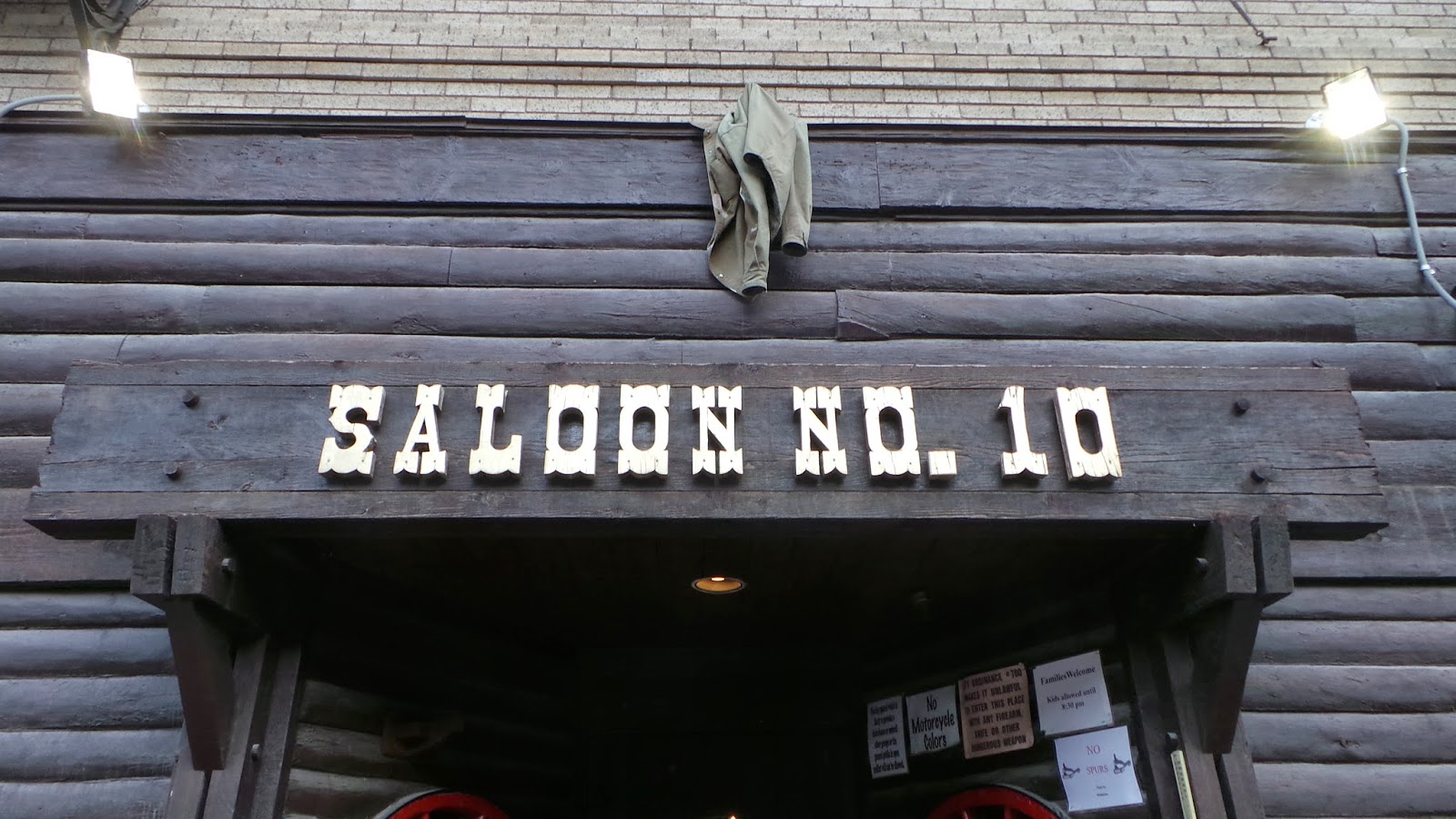 Nuttal & Mann’s was a saloon located in Deadwood, southern Dakota Territory. It was noted for being the death-place of James Butler Hickok - "Wild Bill Hickok". It was later renamed the "No. 10 Saloon."  Hickok was shot in the back of the head by Jack McCall whilst playing poker.  It was said he died instantly whilst holding his cards of a pair of eights and a pair of aces - all black, which today in the game is known as the 'dead mans hand' 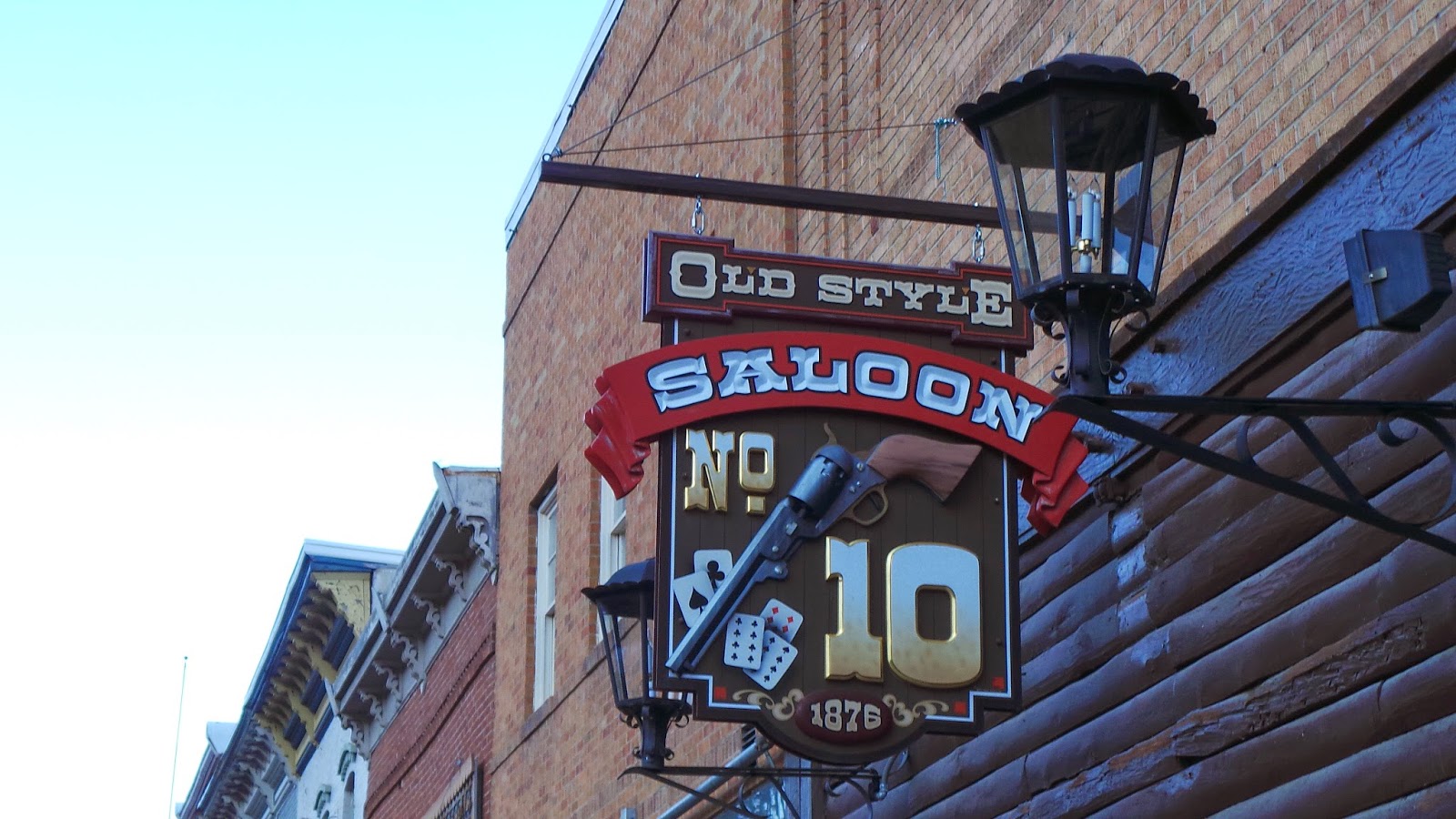 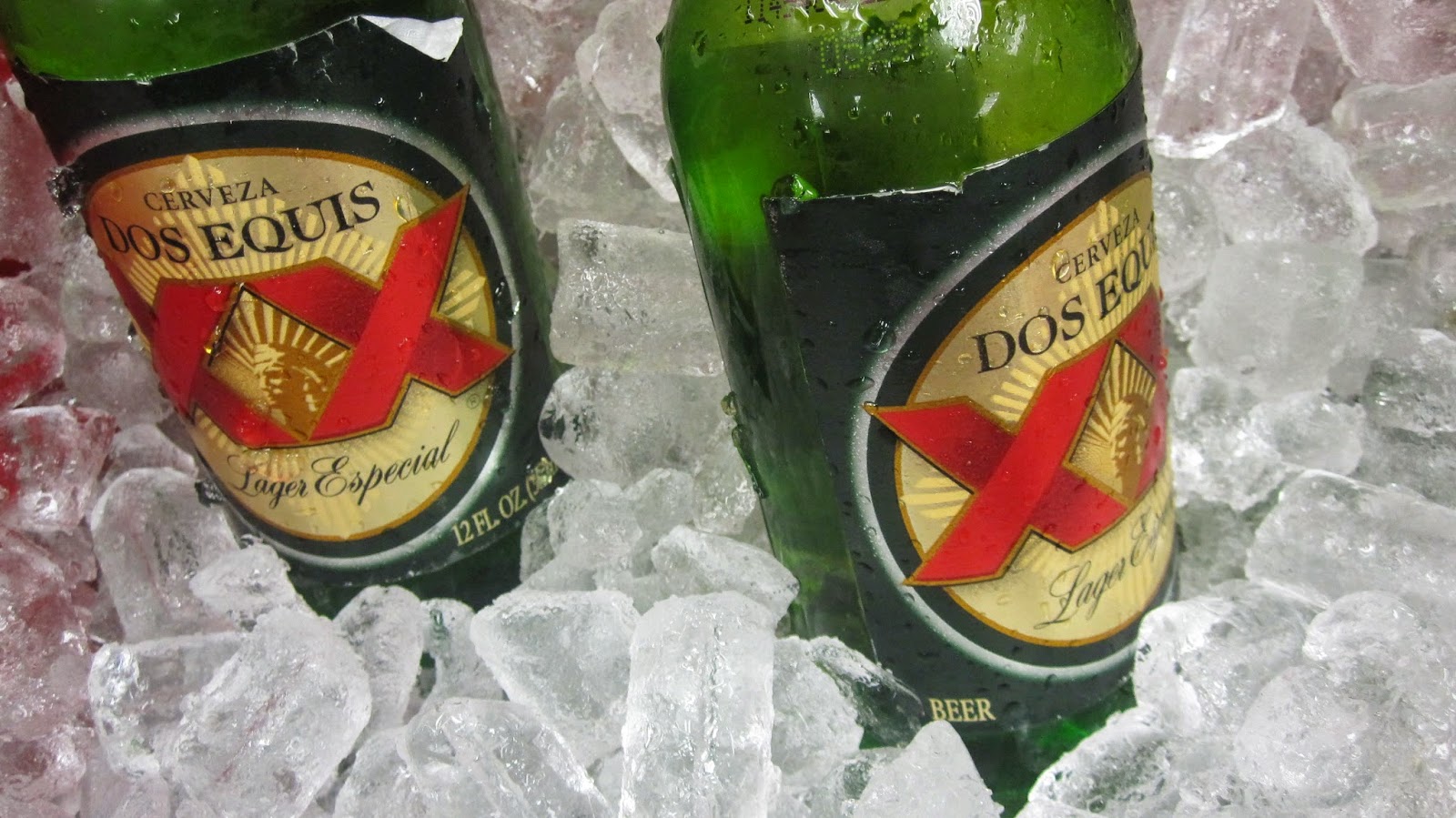 With so much down-time here in Deadwood one of the few Mexican beers we have regularly enjoyed on this tour is - 'Dos Equis.'   It is pronounced, as we have been taught by many a barman or waitresse as "Doe-Seckkies" 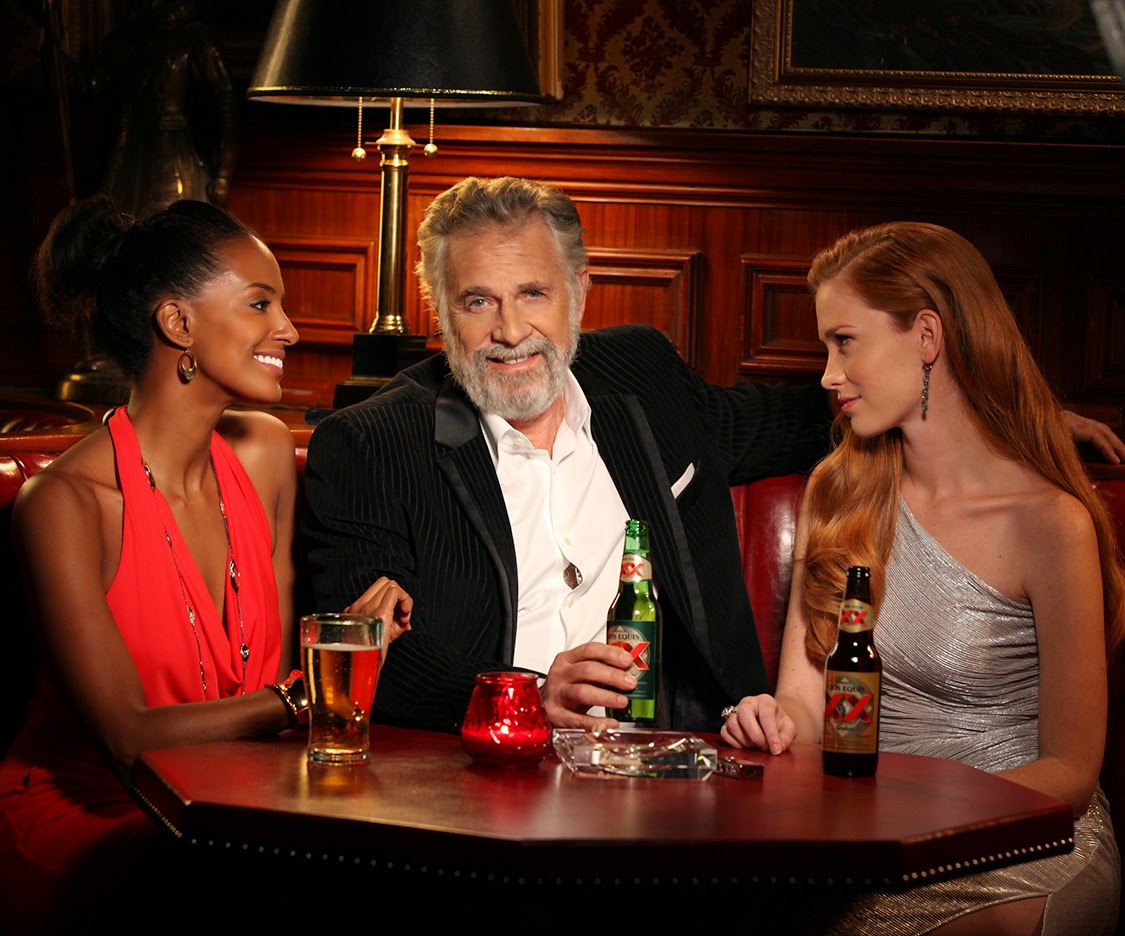 He is Jonathan Goldsmith famous in America for a national wide TV advertising campaign selling this tasty beer. 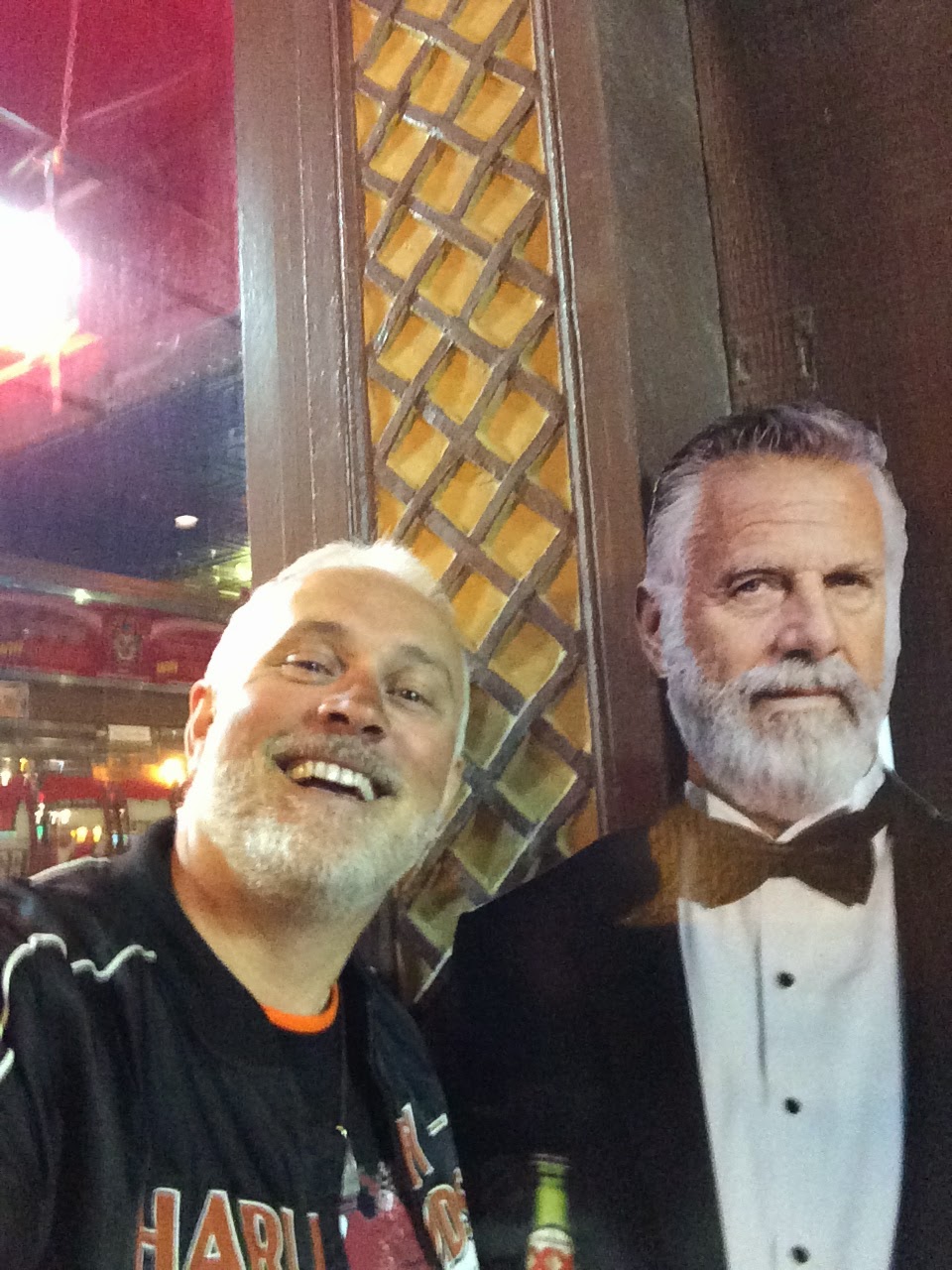 And here's me and Jonathan out in Main Street fooling around after a few too many beers.  He was a bit of a 'stiff' - probably because he was made of cardboard! 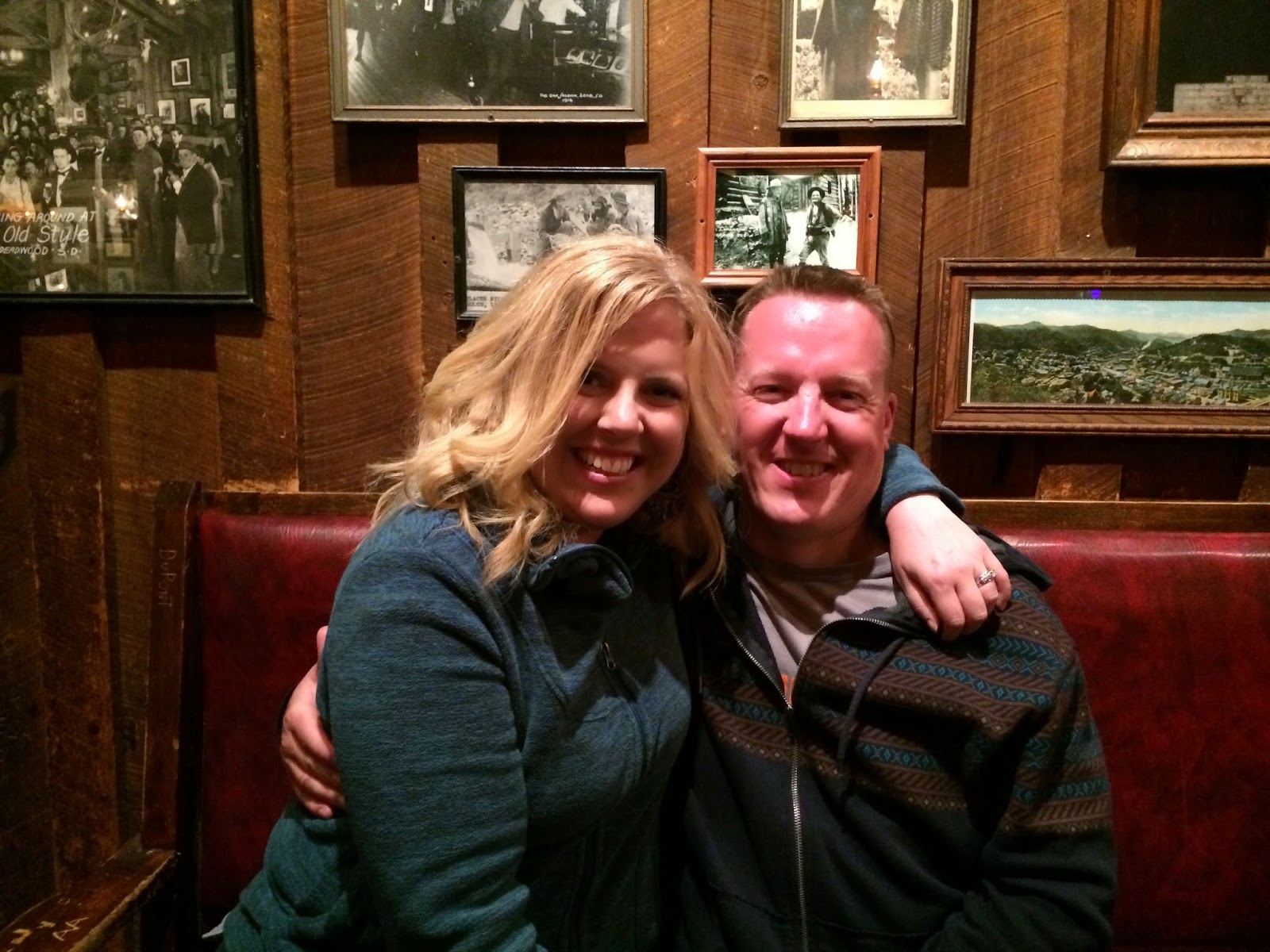 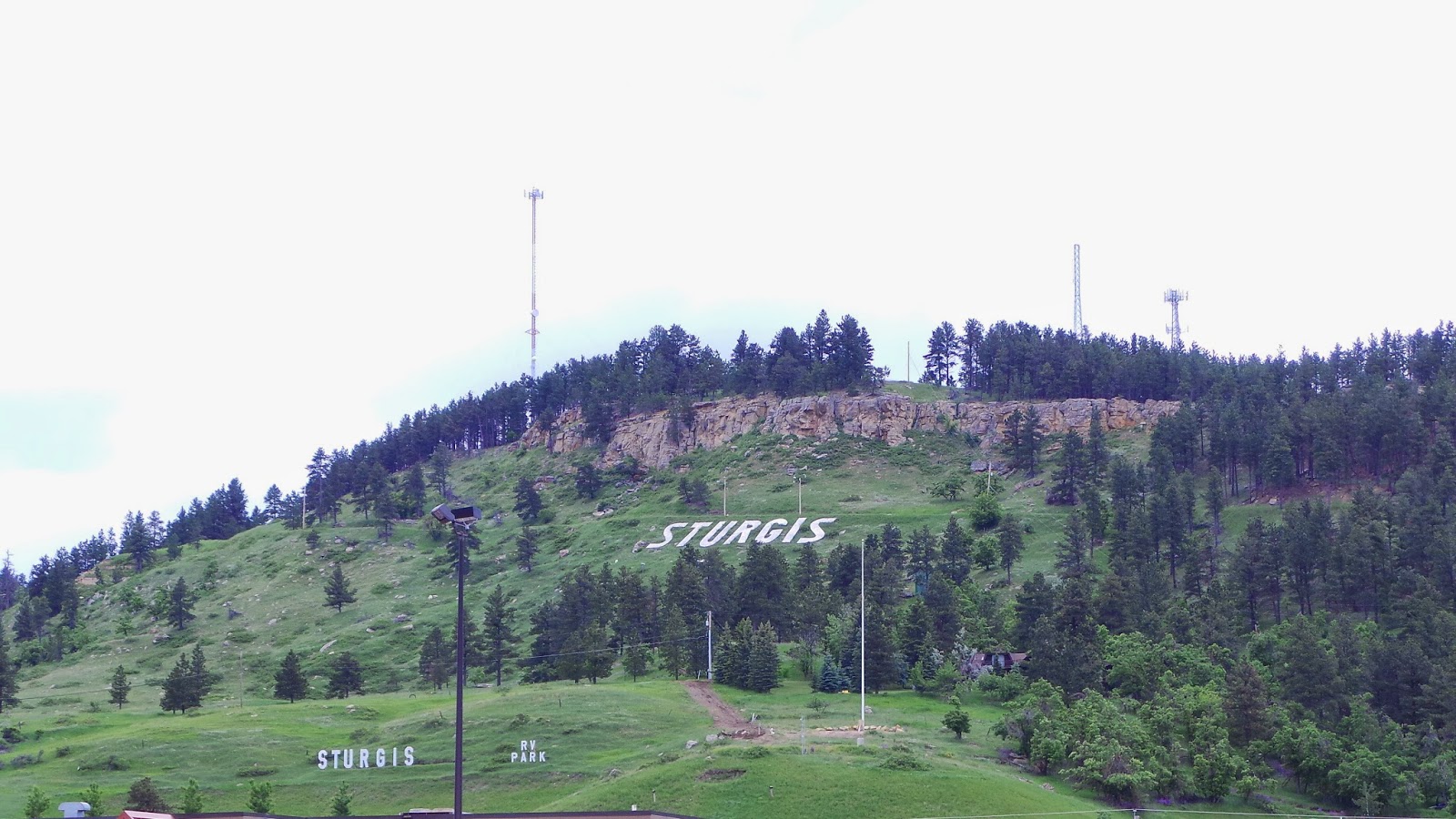 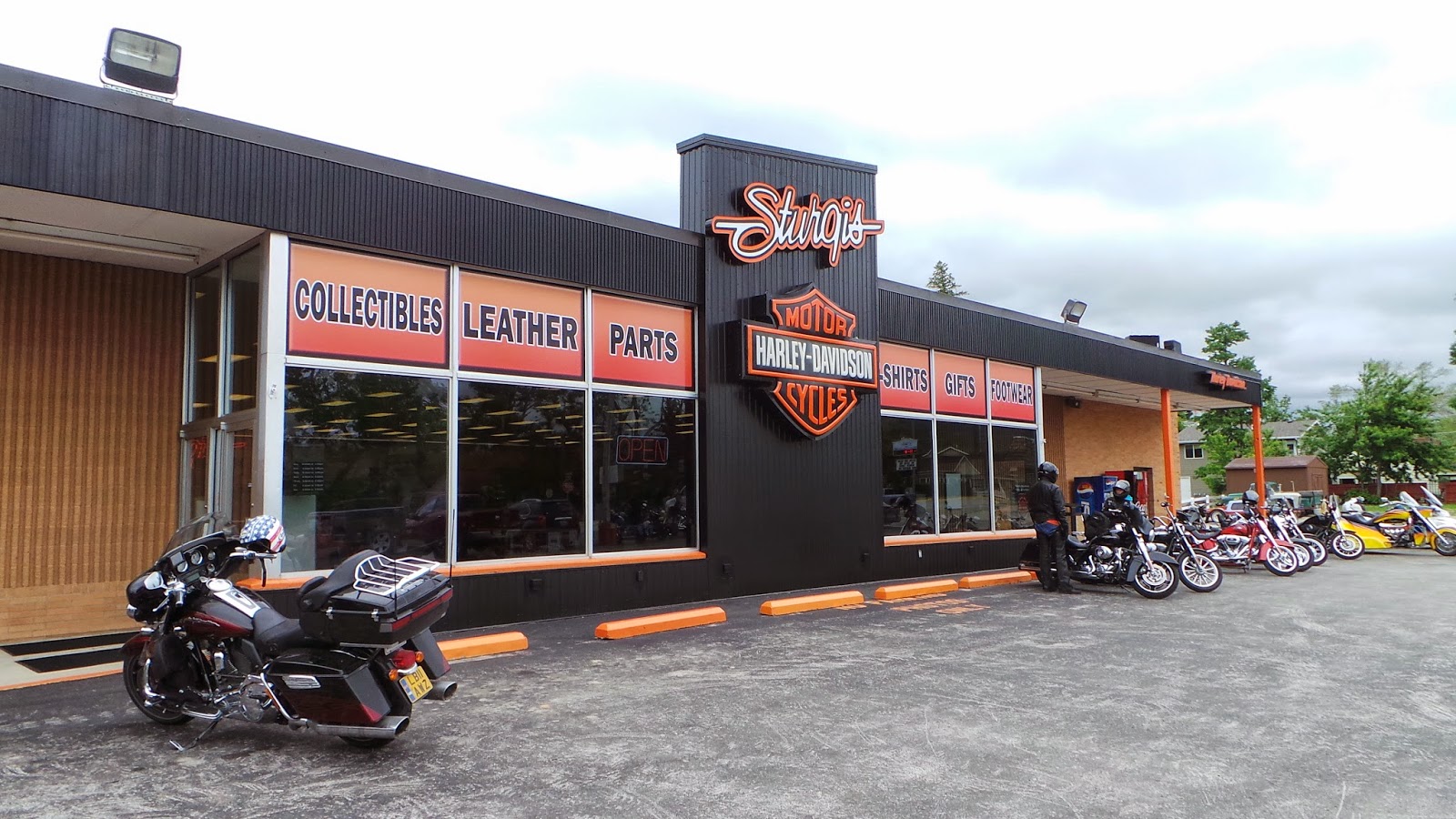 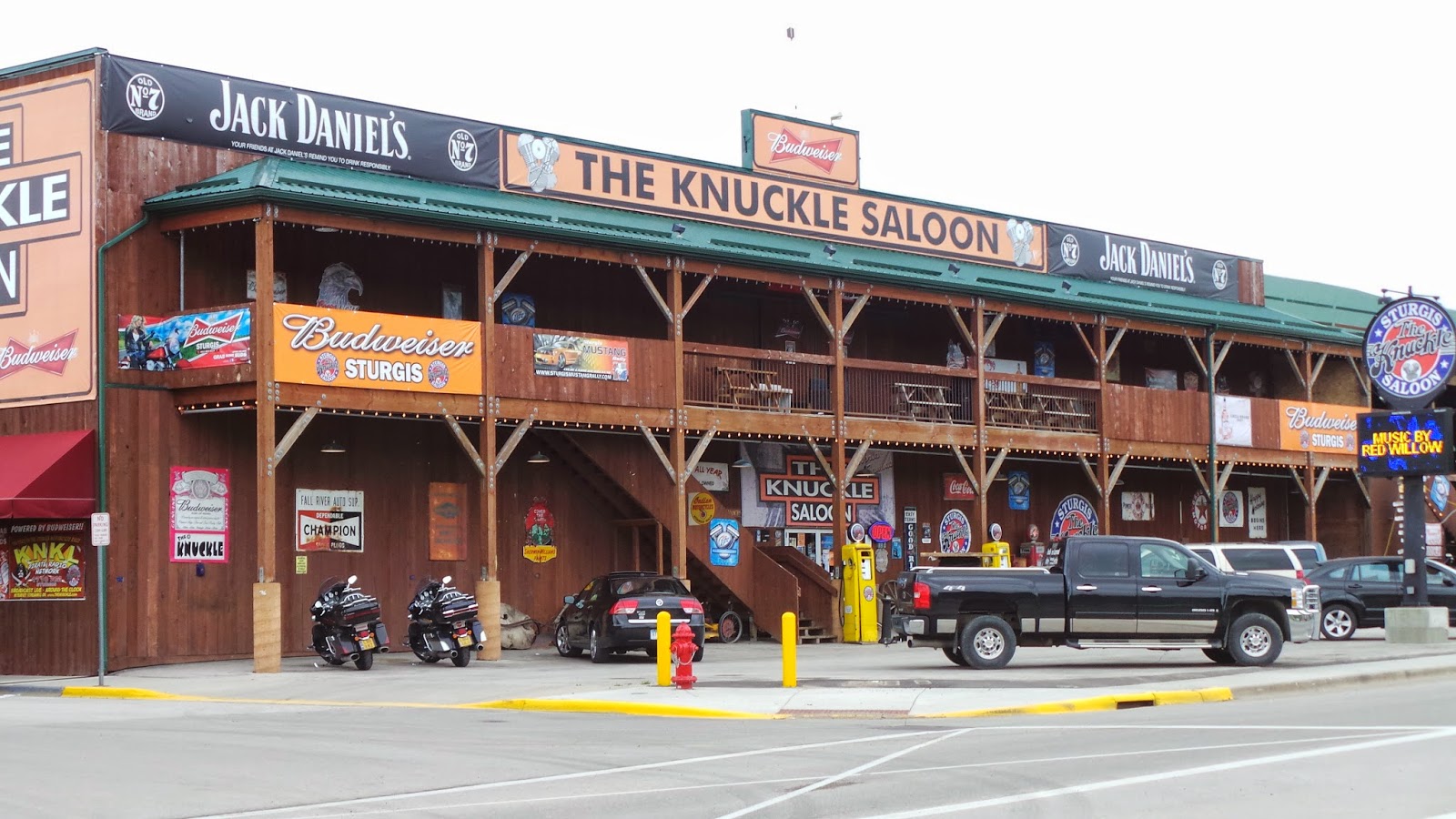 During 'Sturgis Bike Week' this is one of the saloons that has non-stop partying and live music going on 24 hours a day.  We pulled in for some lunch and a beer.  It was very quiet - the calm before the storm - but starting August 4th up to 500,000 Harley's will roll into this town.  Can you imagine the noise of all those V-Twins.