Visiting Orange County Choppers was on our 'must see' list of places.   The ride in from Newport today was really exciting and a joy as the weather once again blessed us. 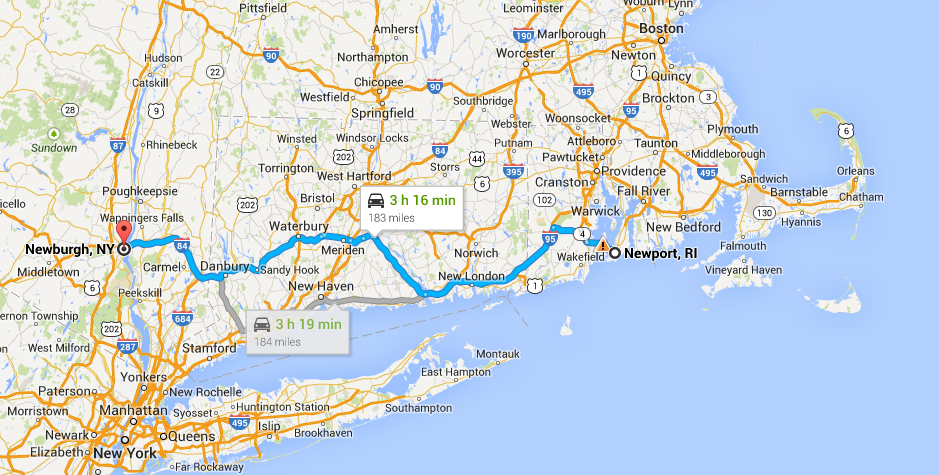 Orange County Choppers (OCC) is a custom and production motorcycle manufacturer based in Orange County, New York, that was founded in 1999 by Paul Teutul, Sr., and Paul Teutul Jnr.  The company was featured on American Chopper a reality TV series show that debuted in September 2002 on the Discovery Channel, which then contributed to the company's quick rise to fame as it was broadcast on networks all over the world.  It is very popular in the UK and especially liked by yours truly 'The Blighty-Boys'

A new international headquarters designed to combine their production and retail facilities was constructed in the Town of Newburgh and opened April 24, 2008, and we just had to go and see it.

Interestingly what started as a sideline to the family's steel manufacturing enterprise, Orange County Iron Works, which was founded in the 1970s.  But  in the late 1990s, Paul Teutul Sr. began manufacturing custom motorcycles as an extension of his steel business, and in 1999 he founded Orange County Choppers. The company's first bike, "True Blue," was debuted at the 1999 Daytona Biketoberfest.  And as they say, "the rest is history!" 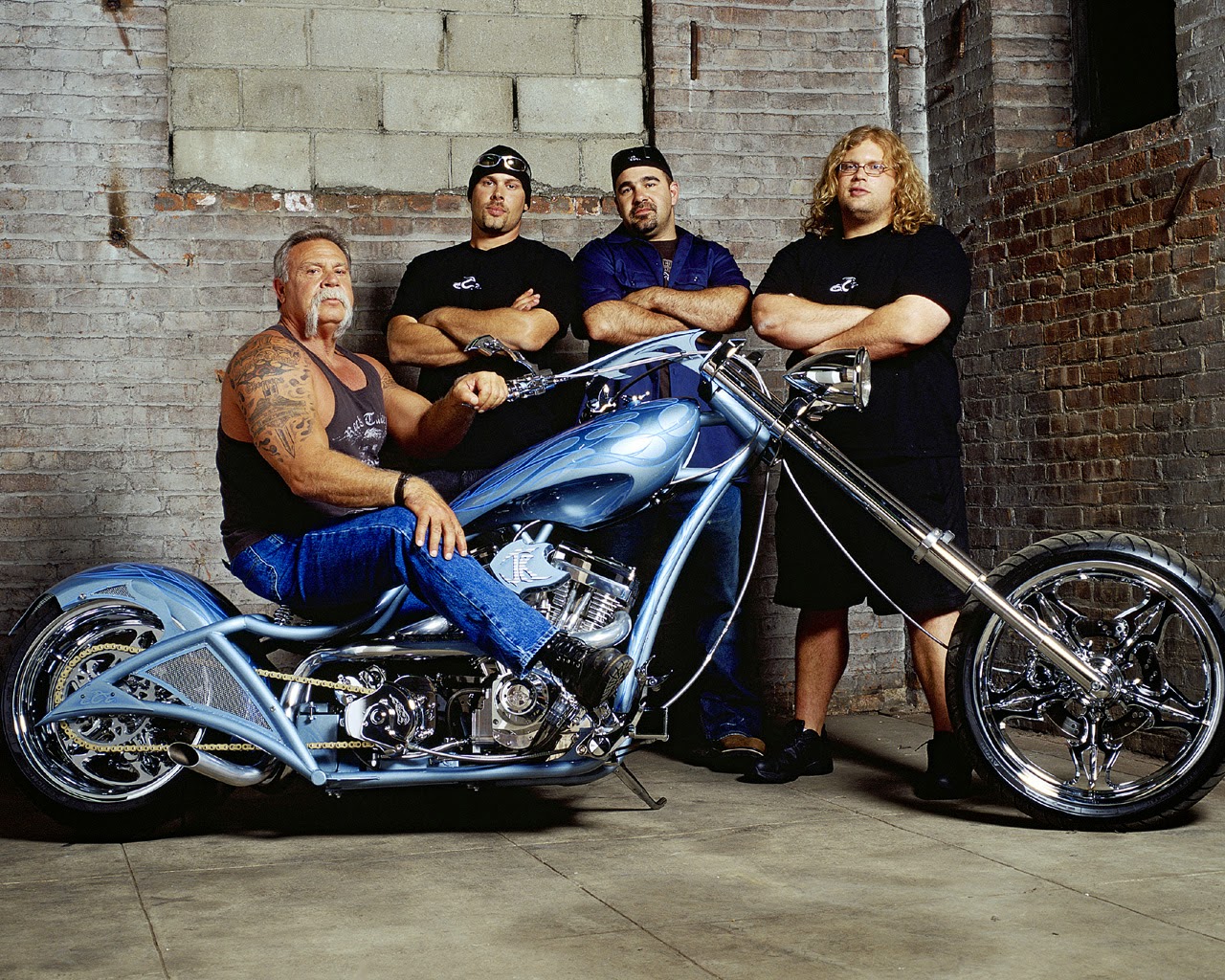 Paul Senior with his Boys 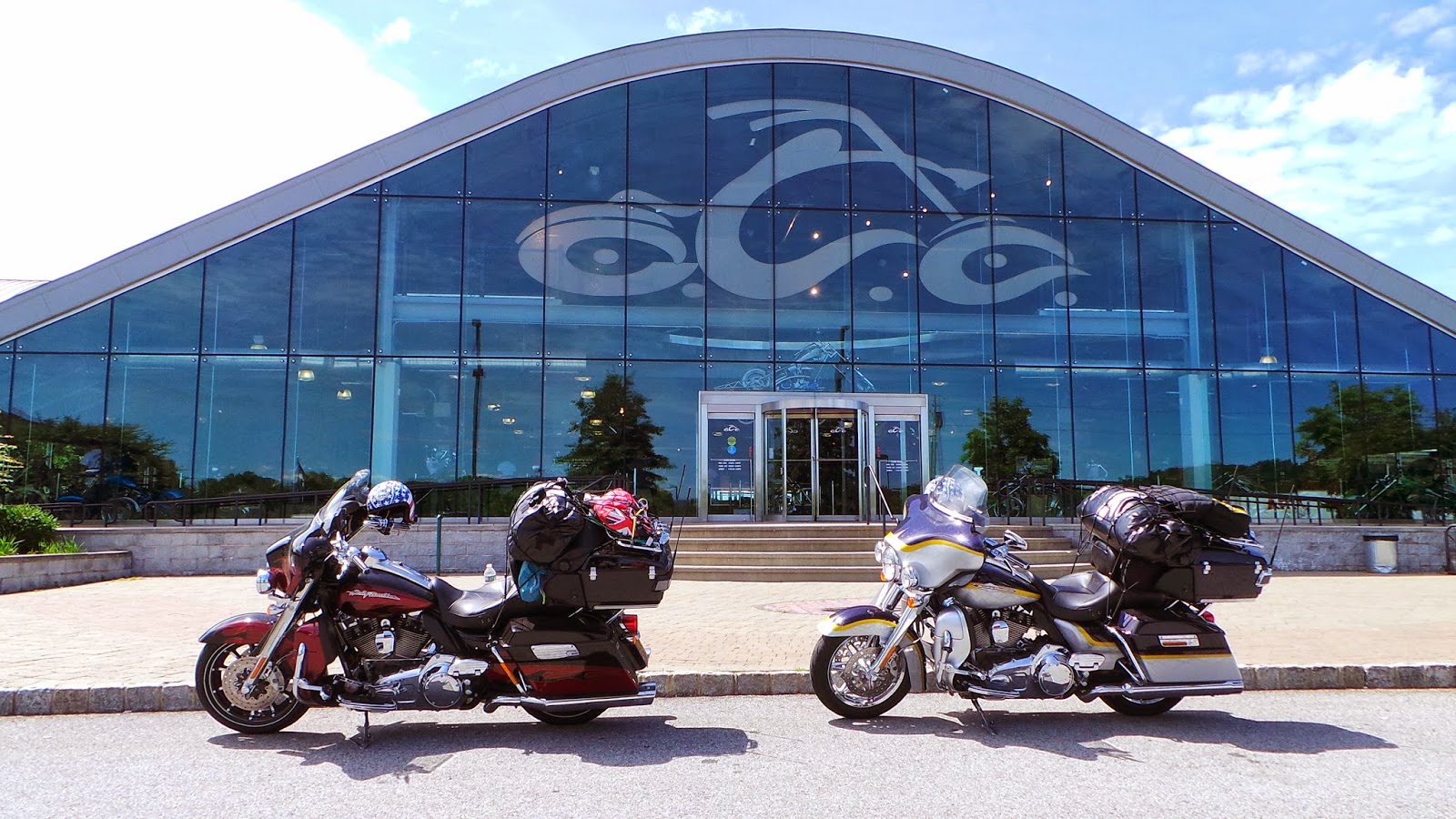 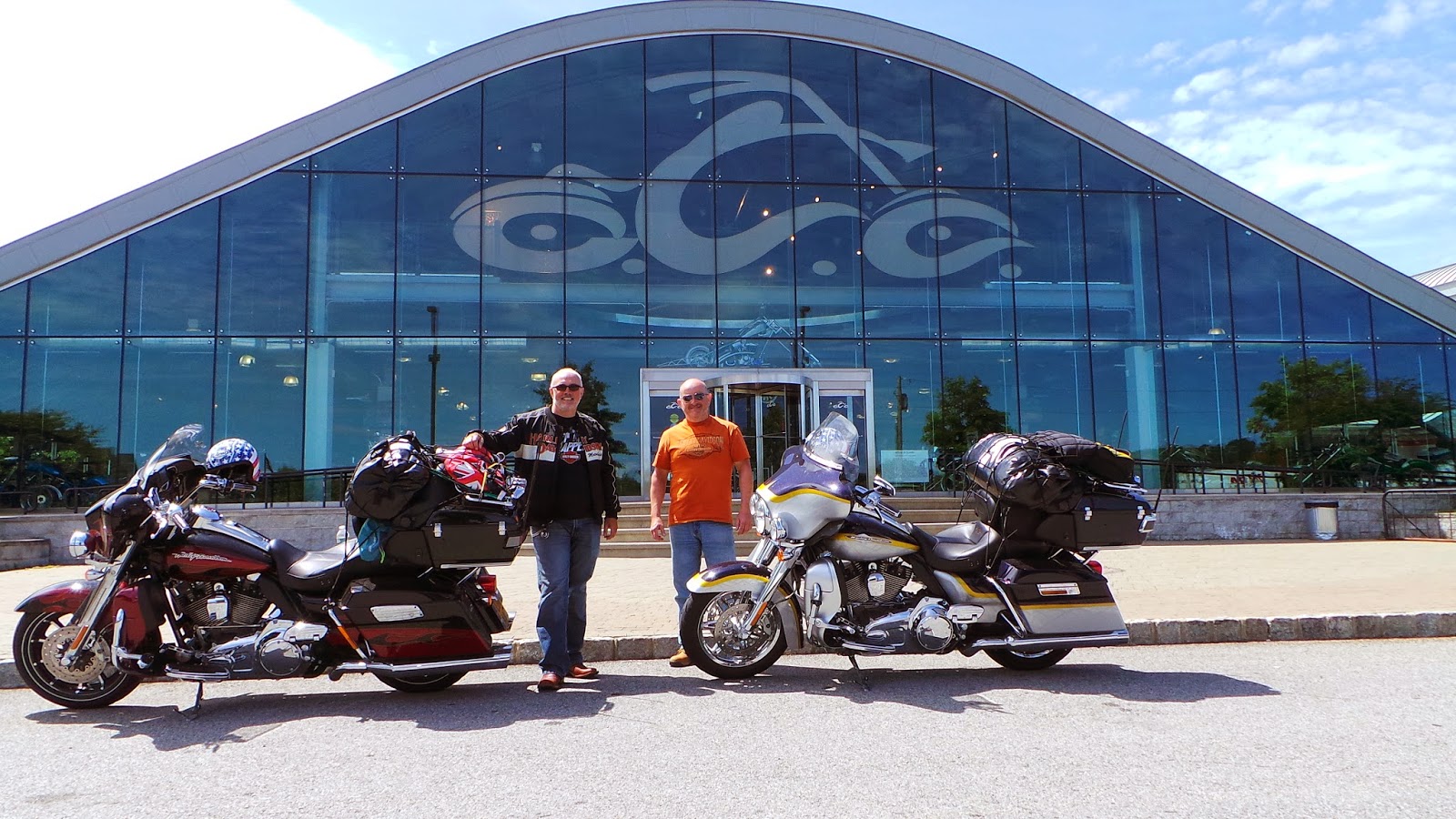 Beautiful people……what we here you say! 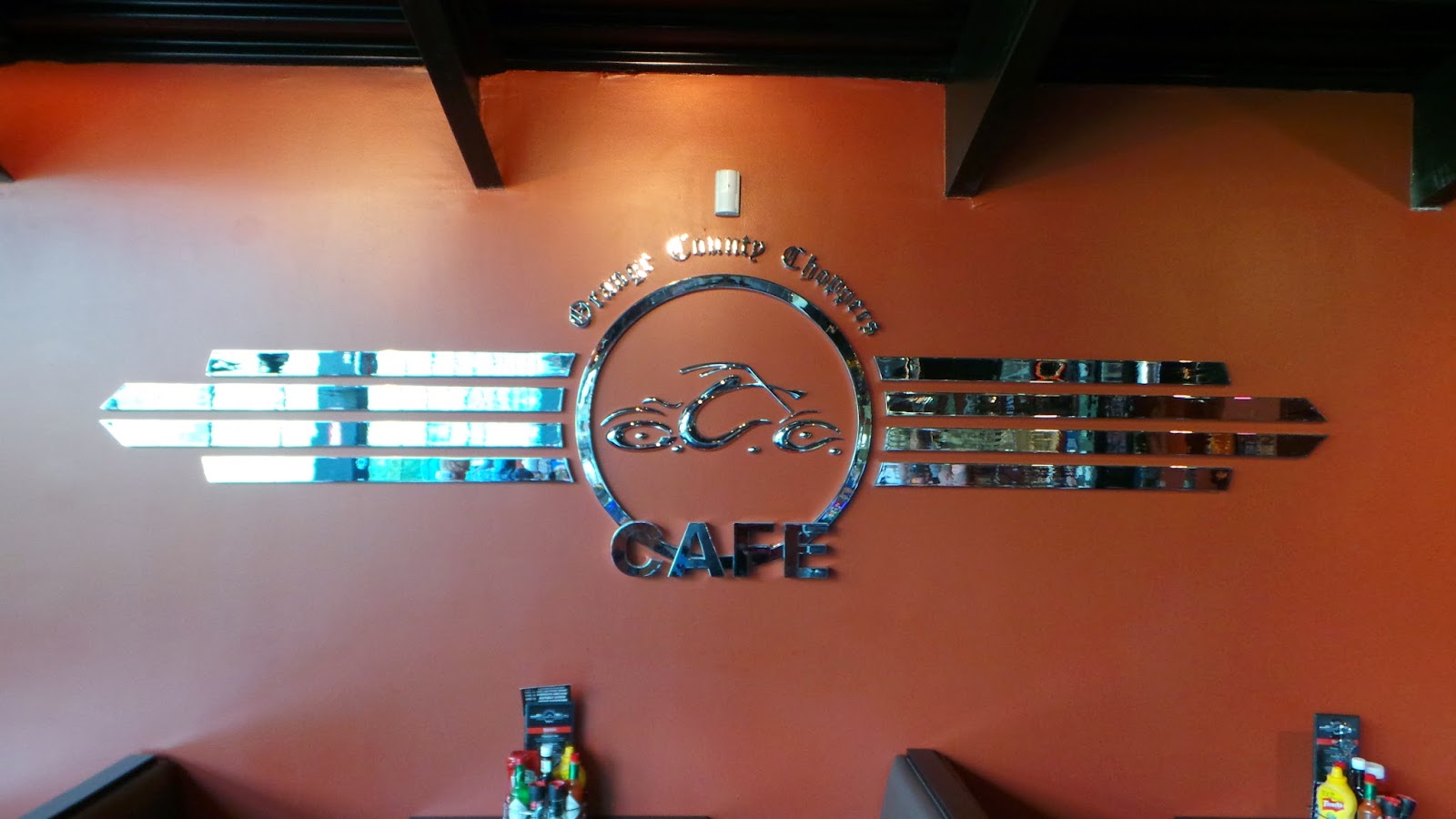 Next door OCC have a great 'Road-House' style restaurant fitted out with many of their bikes, a 10-Pin Bowling Alley, Pool Tables, a stage for live bands and great food, beer and wines. 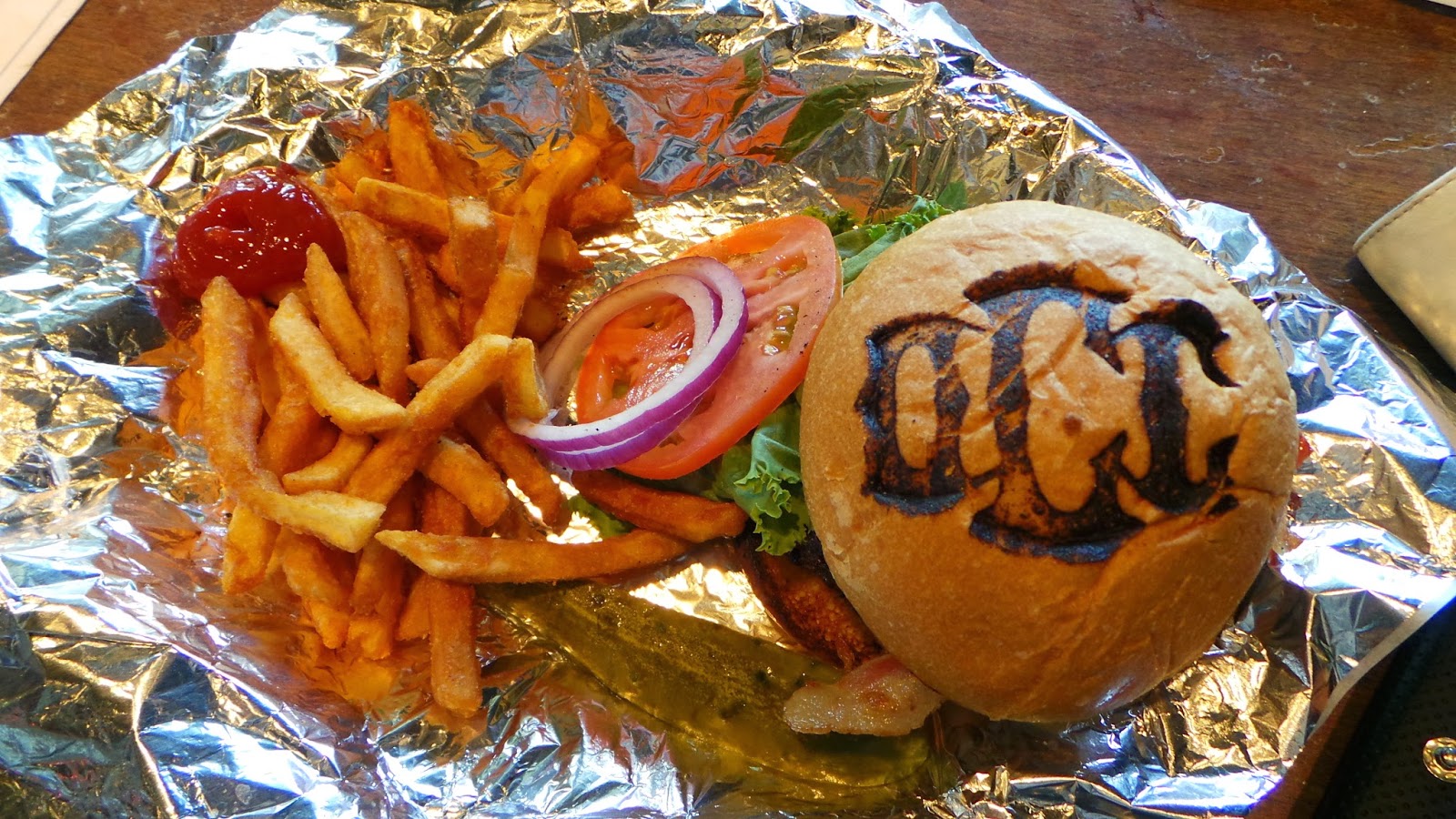 Now that is what I call marketing.  Branding Iron of your logo on the burgers.  They were great too.  This is a 'smoking blue burger'  smoked bacon, and smoked blue cheese….yummy! 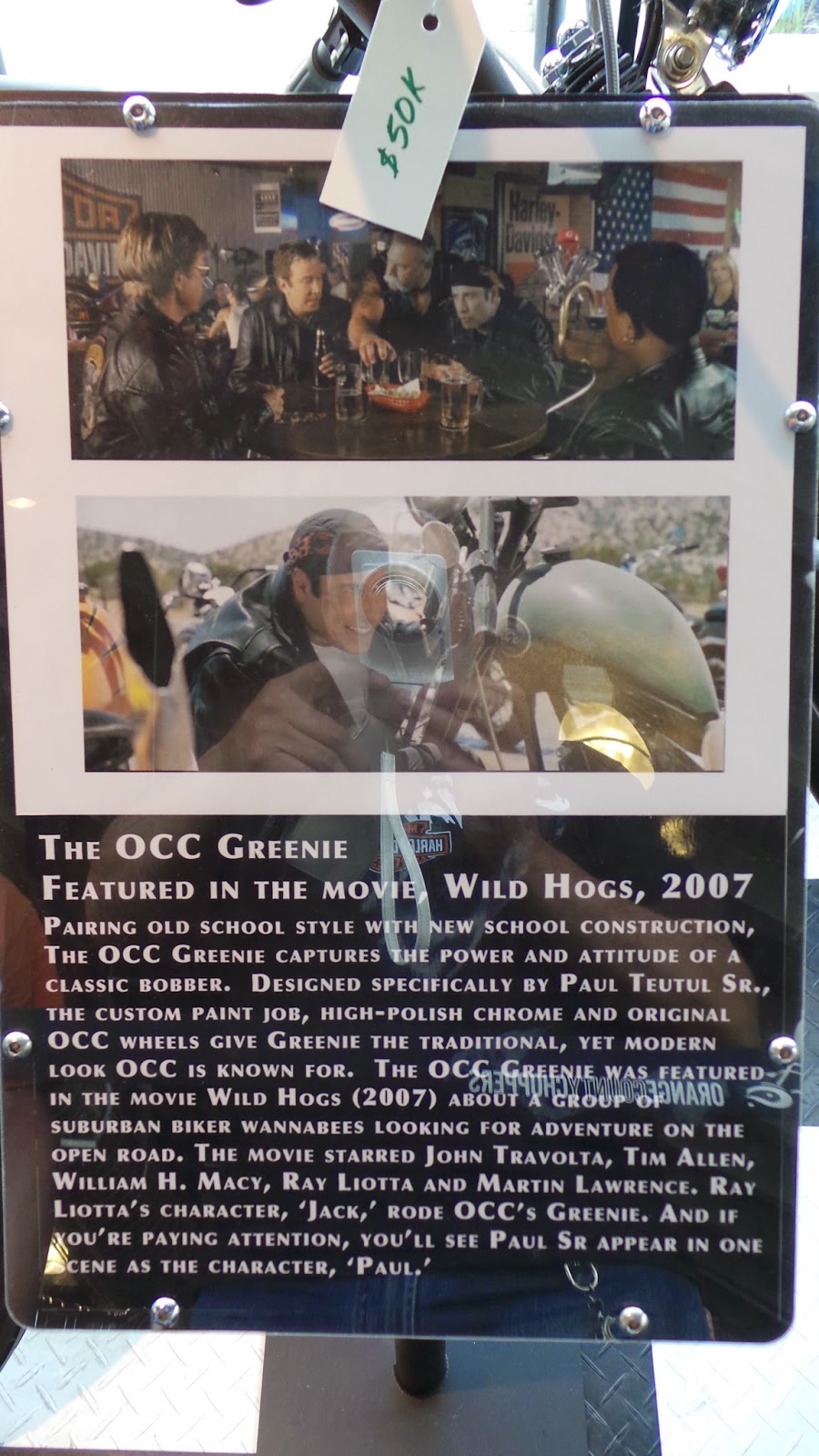 "A Sportster…….I grew up on a Sportster…!" the immortal lines from the film "Wild Hogs" said by the actor Ray Liotta.  This bike below was the one riden by him playing the leader of the 'Del Fuegos' motorcycle gang.  Above you can see some still pictures from the film staring John Travolta. 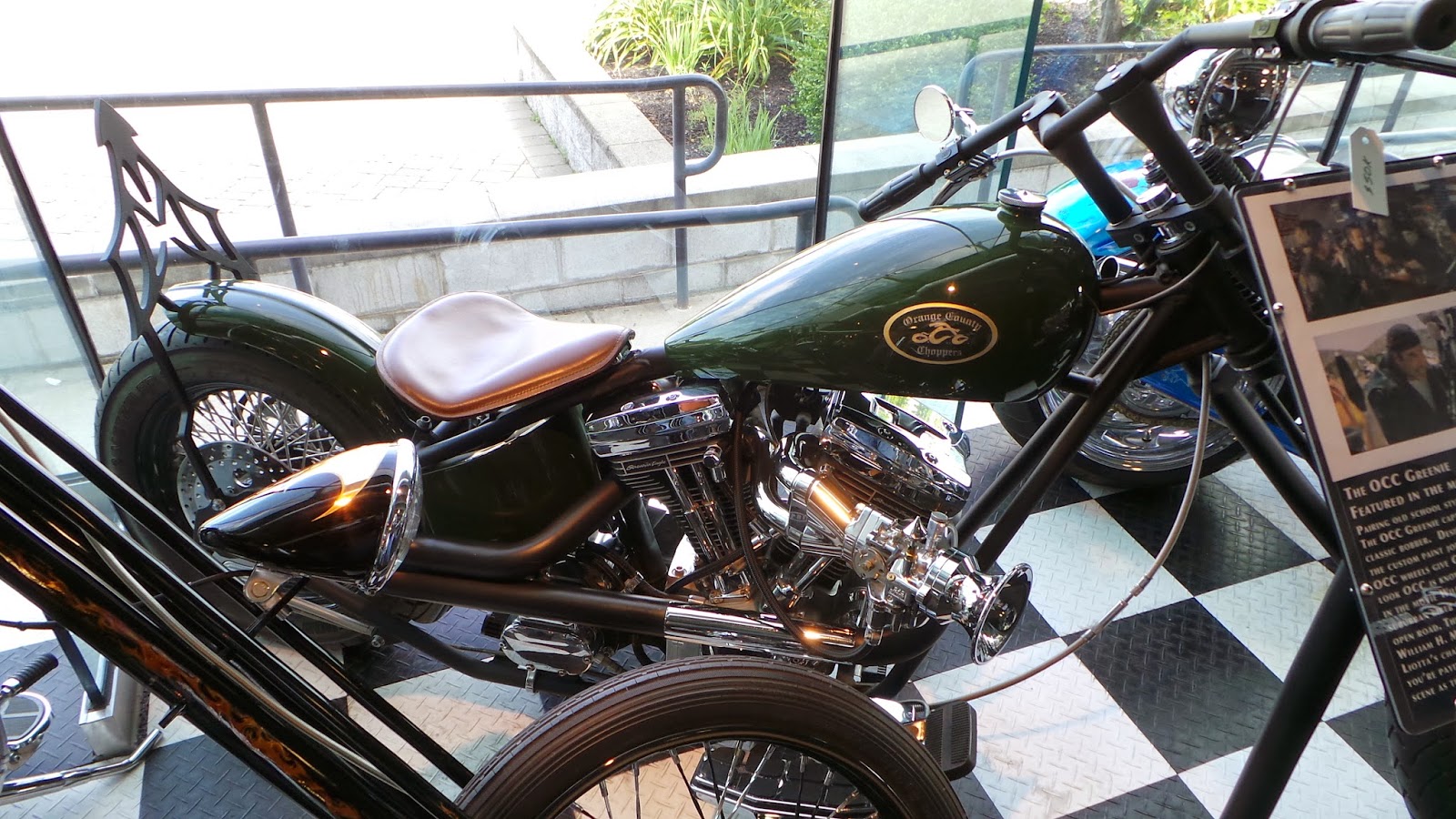