This morning I got up very, very early - 5:30am to ride out to see the Crazy Horse Memorial and Mount Rushmore about 50 miles south of Deadwood before heading eastwards on route to Milwaukee.

The previous two days it had been raining almost non-stop in Deadwood, but at last the sun was out again.  Jon wasn't feeling to good so he decided to stay in his warm bed, must have been that extra tot of rum - again!  Although the skies were clear it was literally freezing cold.  What I thought was condensation on my bike screen turned out to be ice.  Wrapped up well I headed out planning to get to the Crazy Horse Memorial just as it opened at 7am.  The ride down was very picturesque although I did not care much for the company I had of deer running out in front of me three times!

The Crazy Horse Memorial (http://crazyhorsememorial.org) is a mountain monument complex that is still under construction having been started by the sculptor Korczak Ziolkowski in 1948.  When, and if it gets completed it will become the largest sculpture in the world.

Crazy Horse was a native American war leader of the Lakota Tribe famous for The Battle of Little Big Horn in June 1876. He and his people fought the Federal Government for encroachments on their territories. 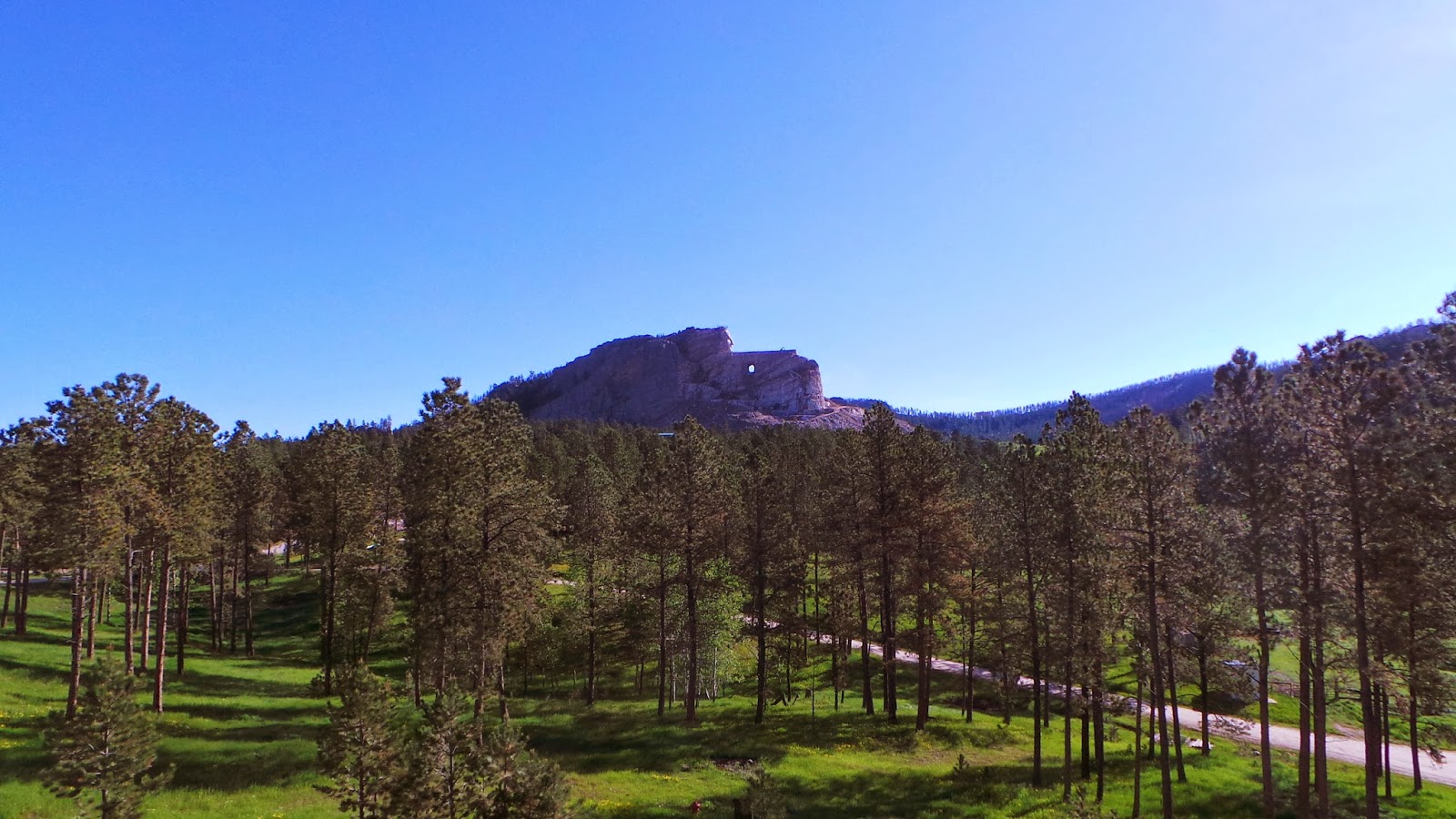 The mountain from a distance.  You get to see the magnitude of the task and understand why it has been under contraction for 66 years now. 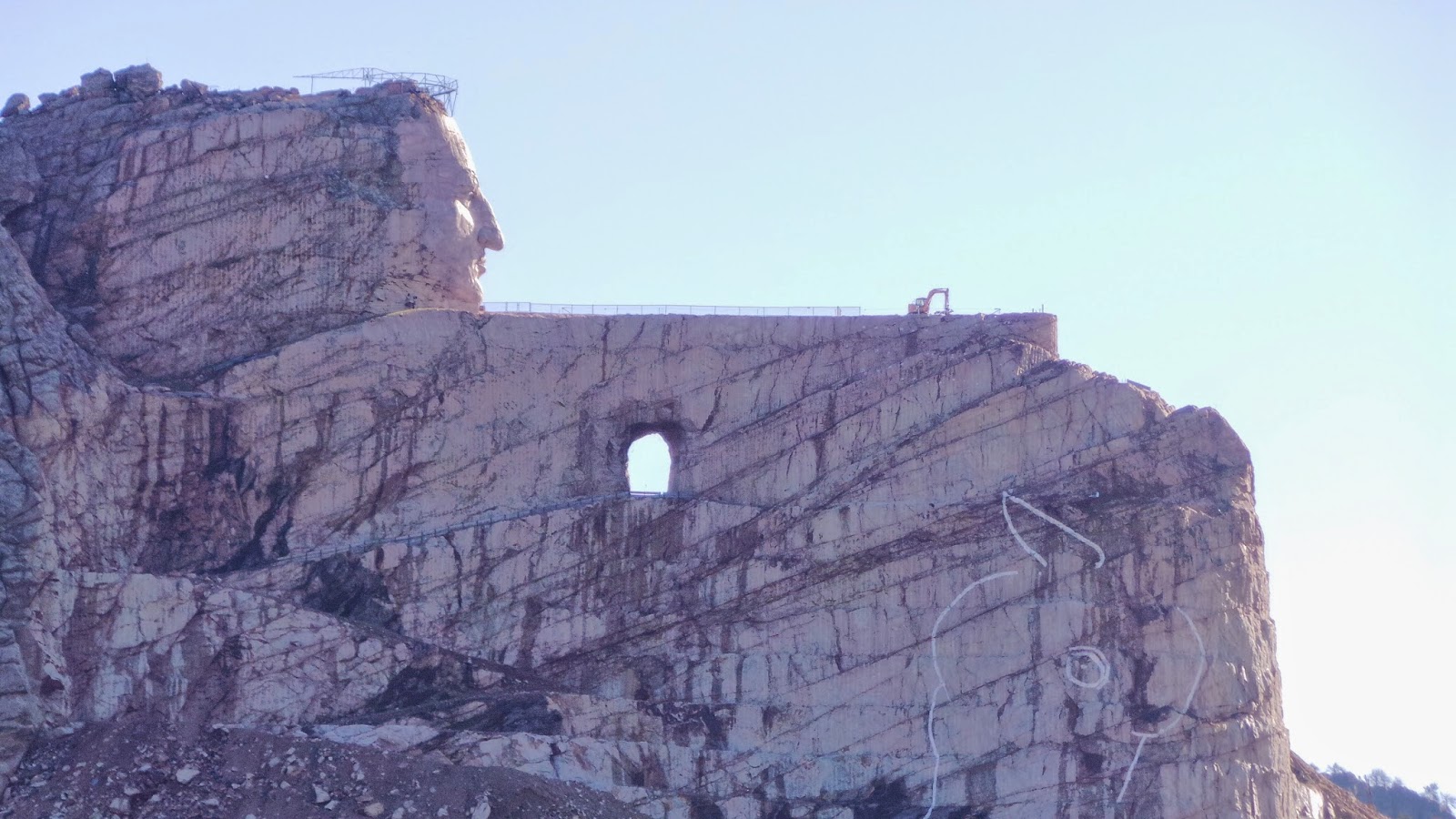 On the top line you can make out a full sized Catapillar road-digger to give some perspective to the size of this art form.  Also (see below) the entire Mount Rushmore sculpture can fit into the head of the Crazy Horse Memorial 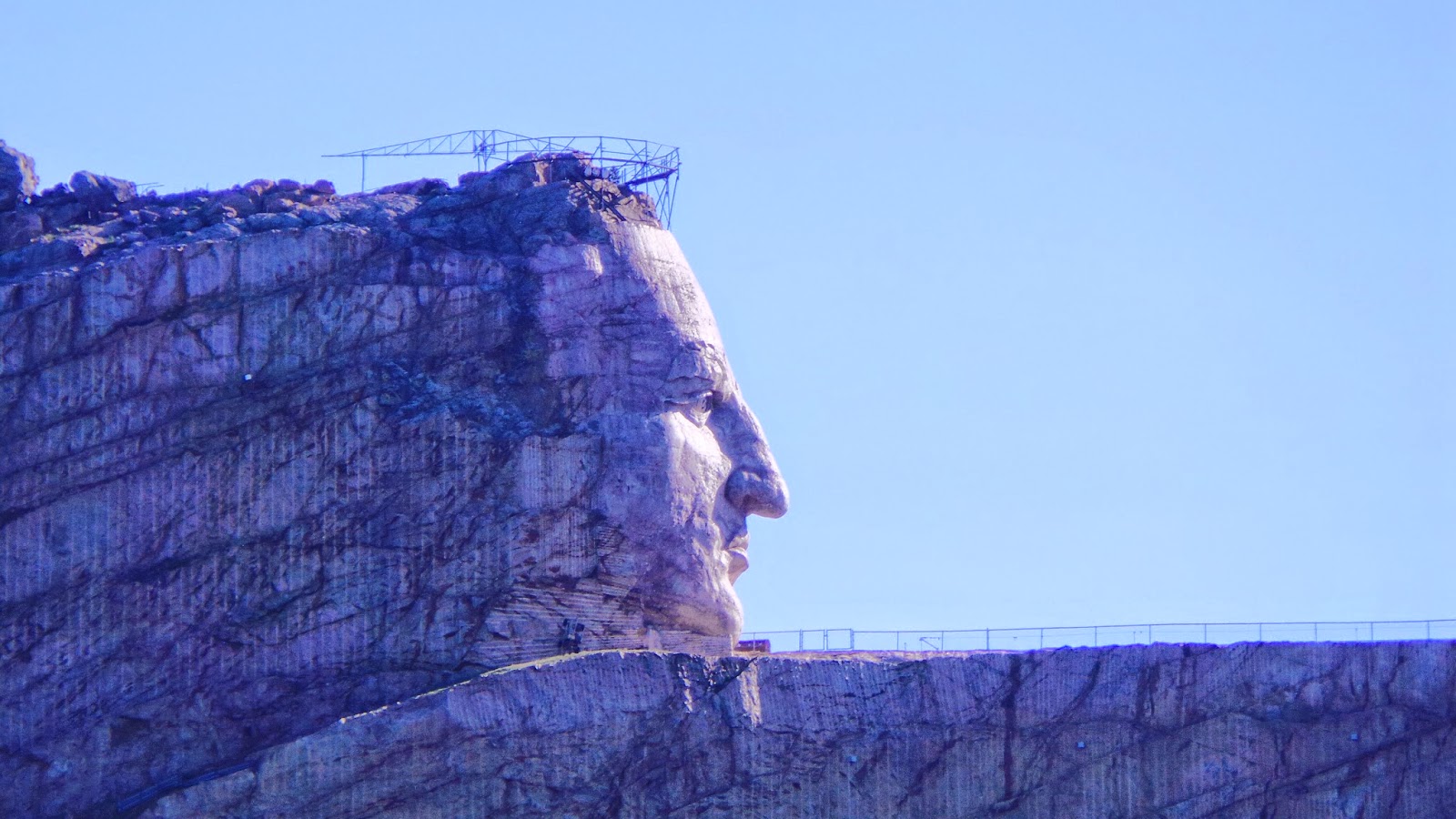 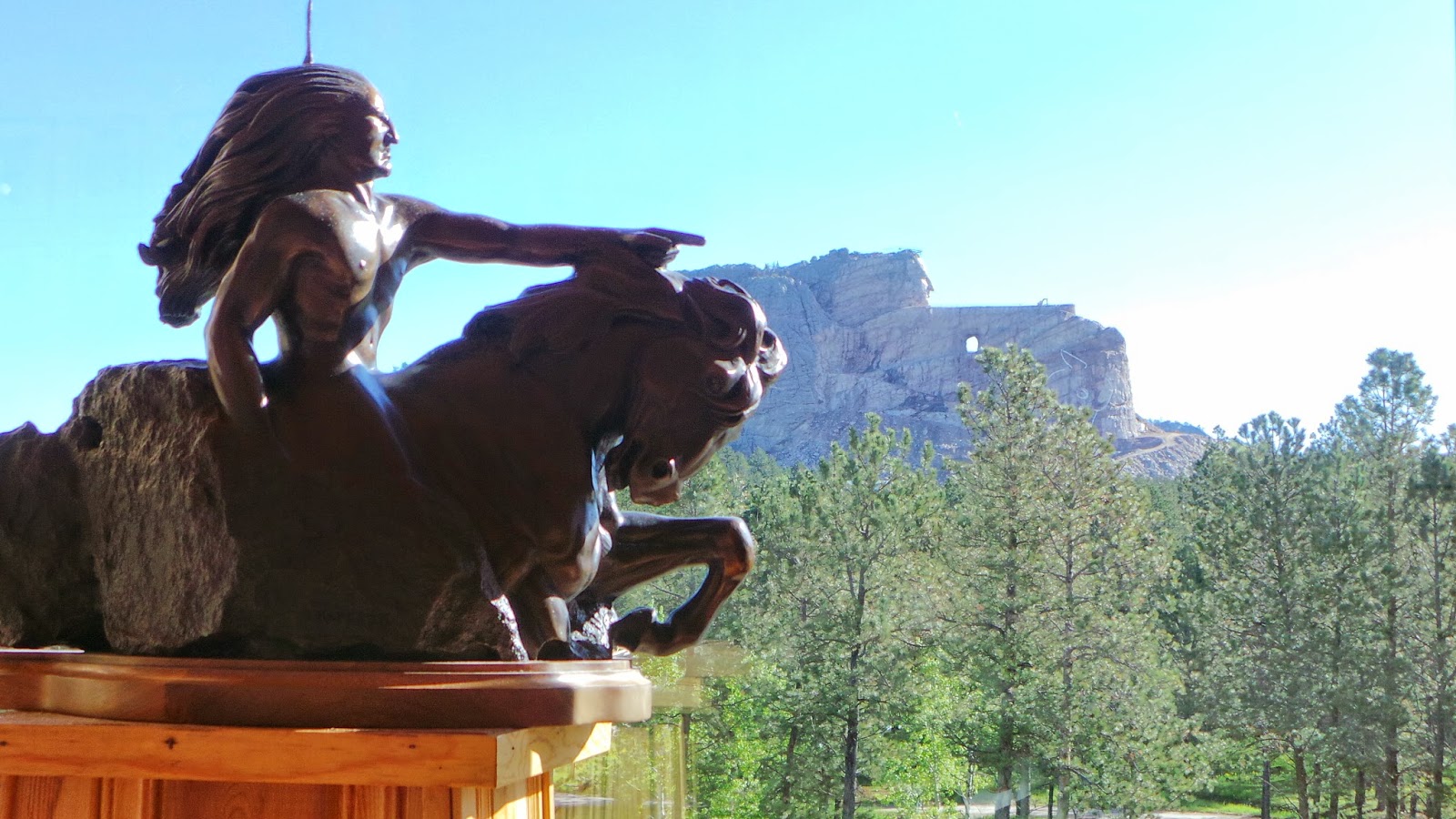 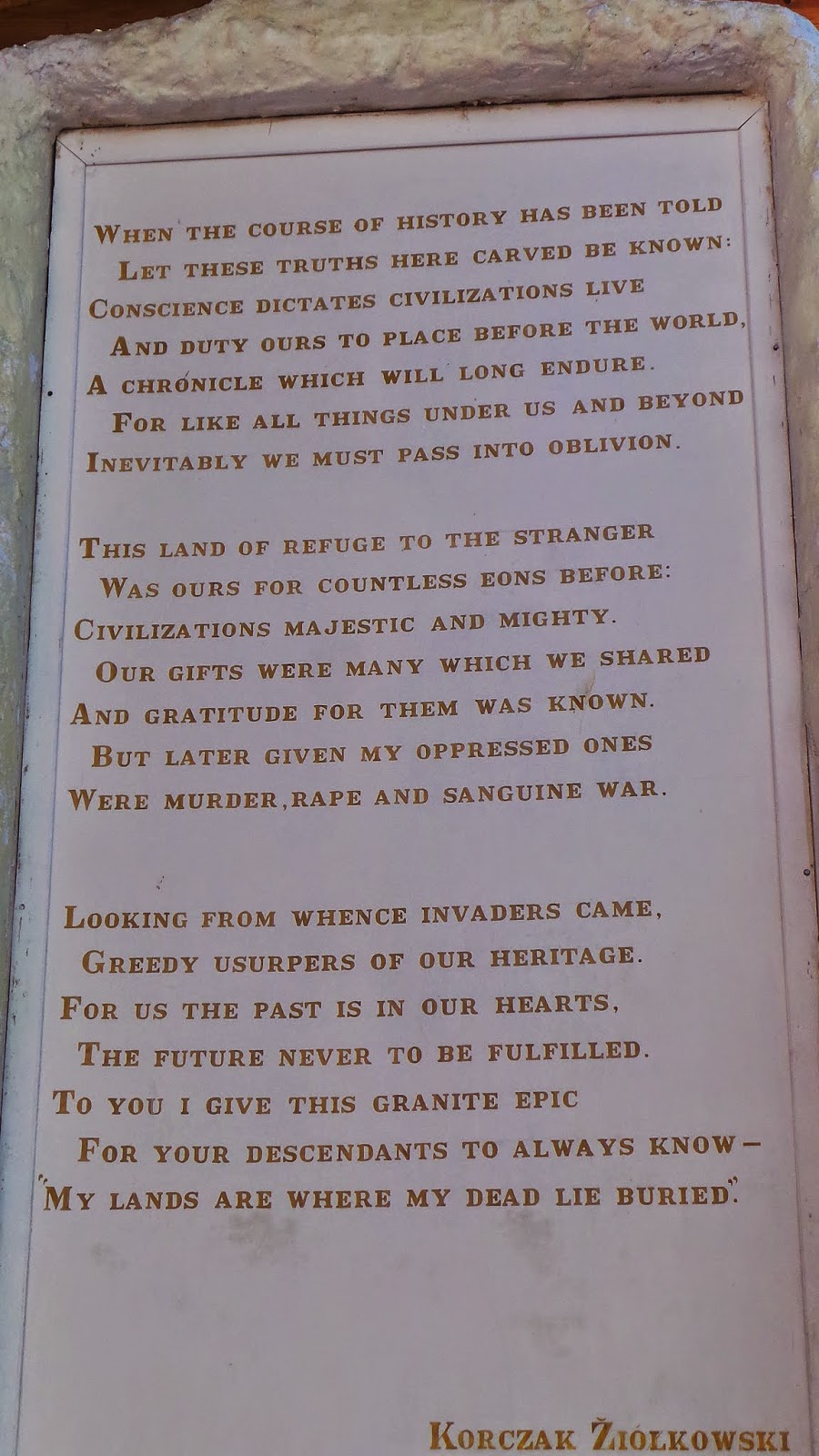 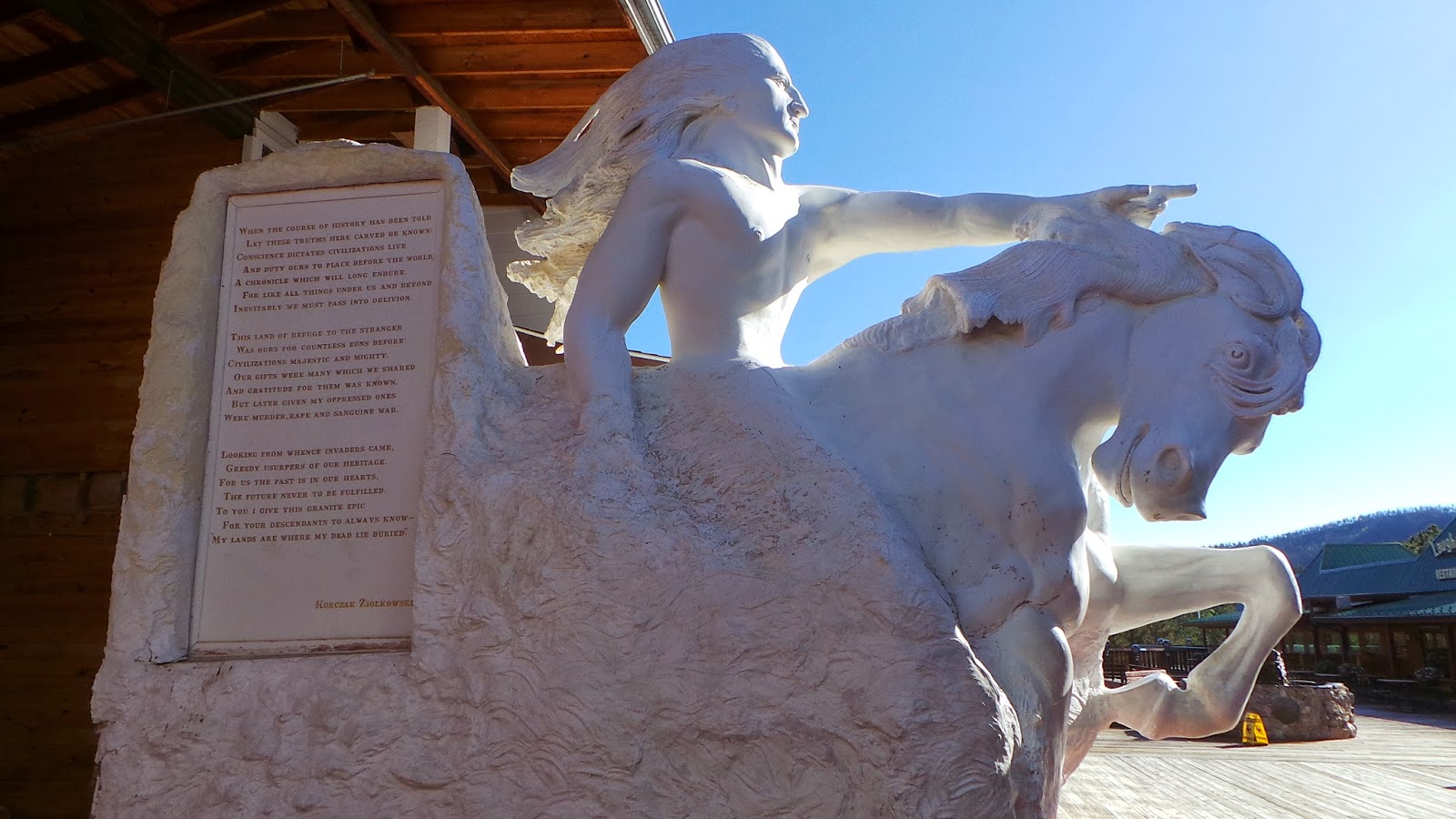 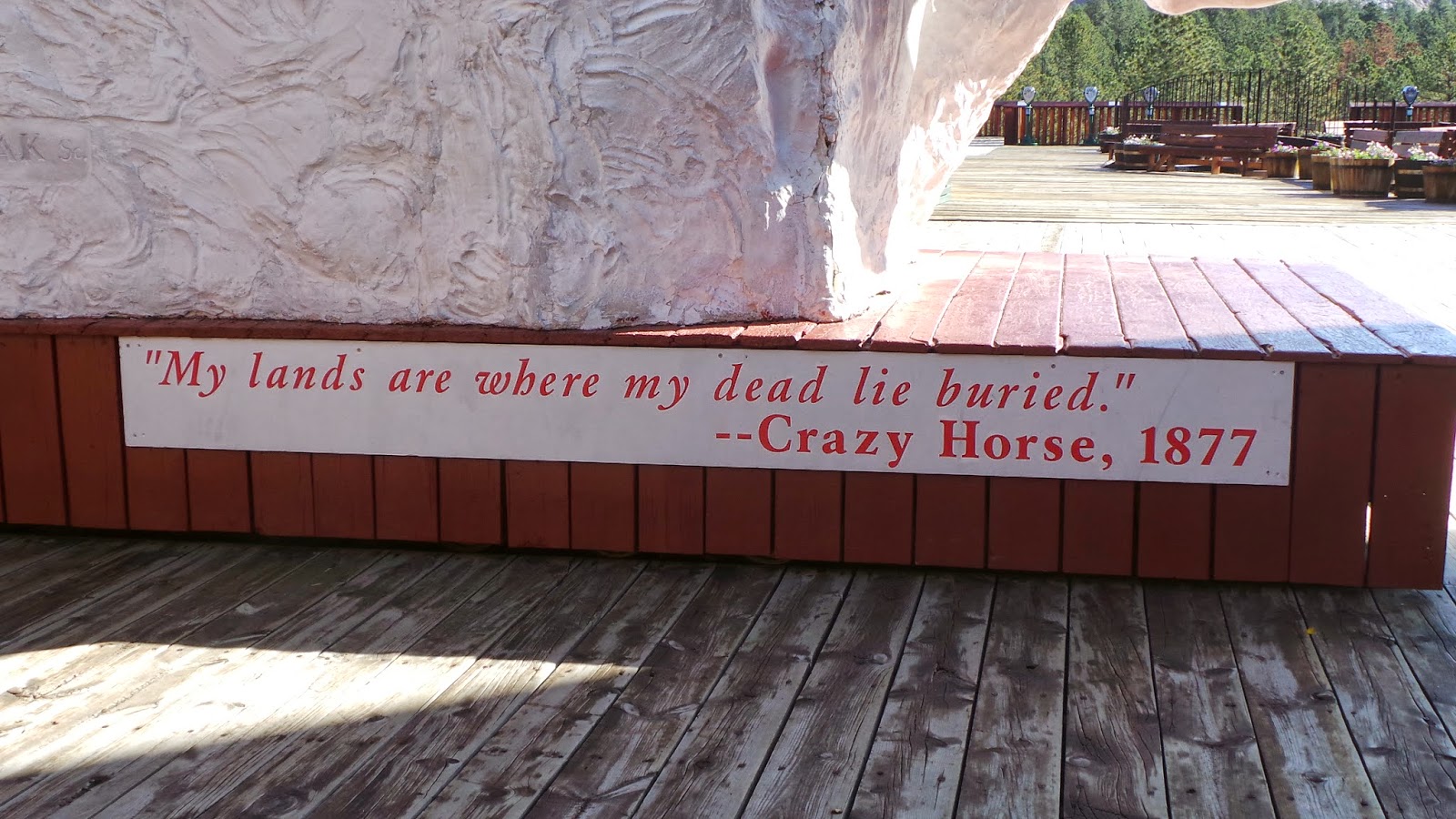 After absorbing the serene splendour of Crazy Horse it was time to move on up the road to Mount Rushmore.

The Mount Rushmore memorial (http://www.nps.gov/moru/index.htm) is a sculpture carved into the granite face of Mount Rushmore near Keystone, South Dakota.  It is visited by nearly 3 million people each year.  It was created by the sculpture Gutzon Borglum along with his team of 400 workers and finished in October 1941 having taken 14 years to complete. It depicts the faces of four American Presidents Washington, Jefferson, Lincoln and Roosevelt 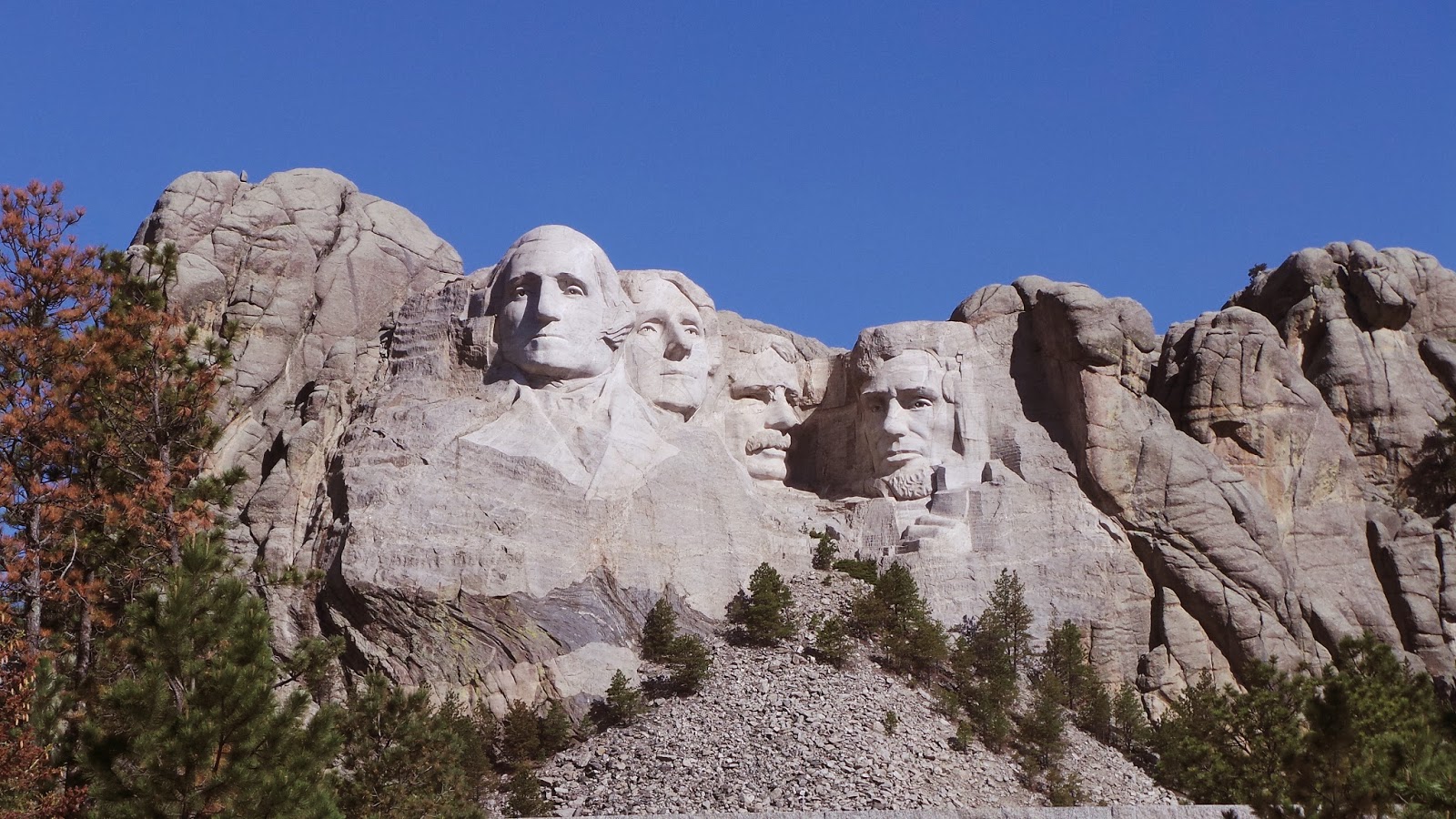 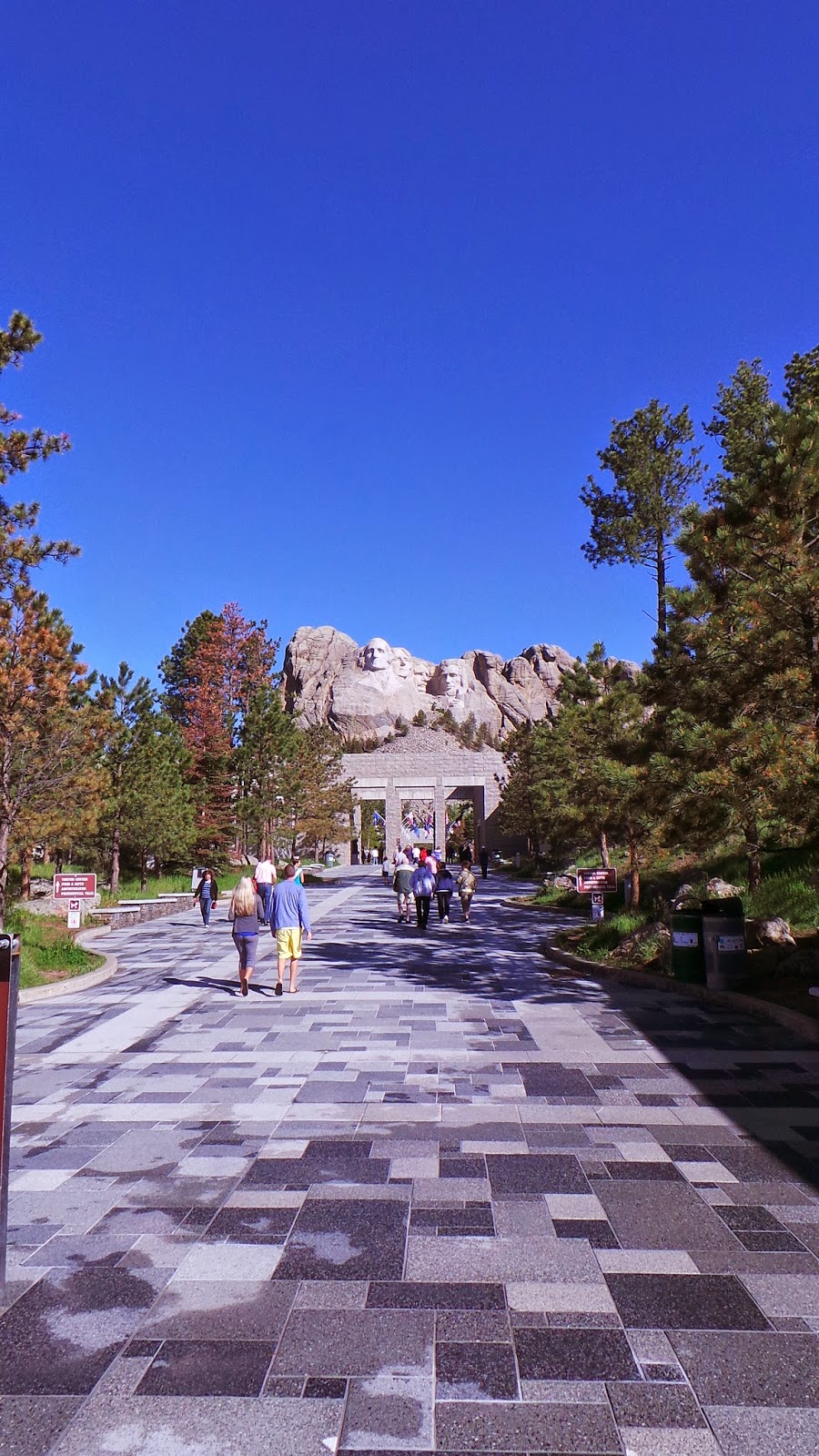 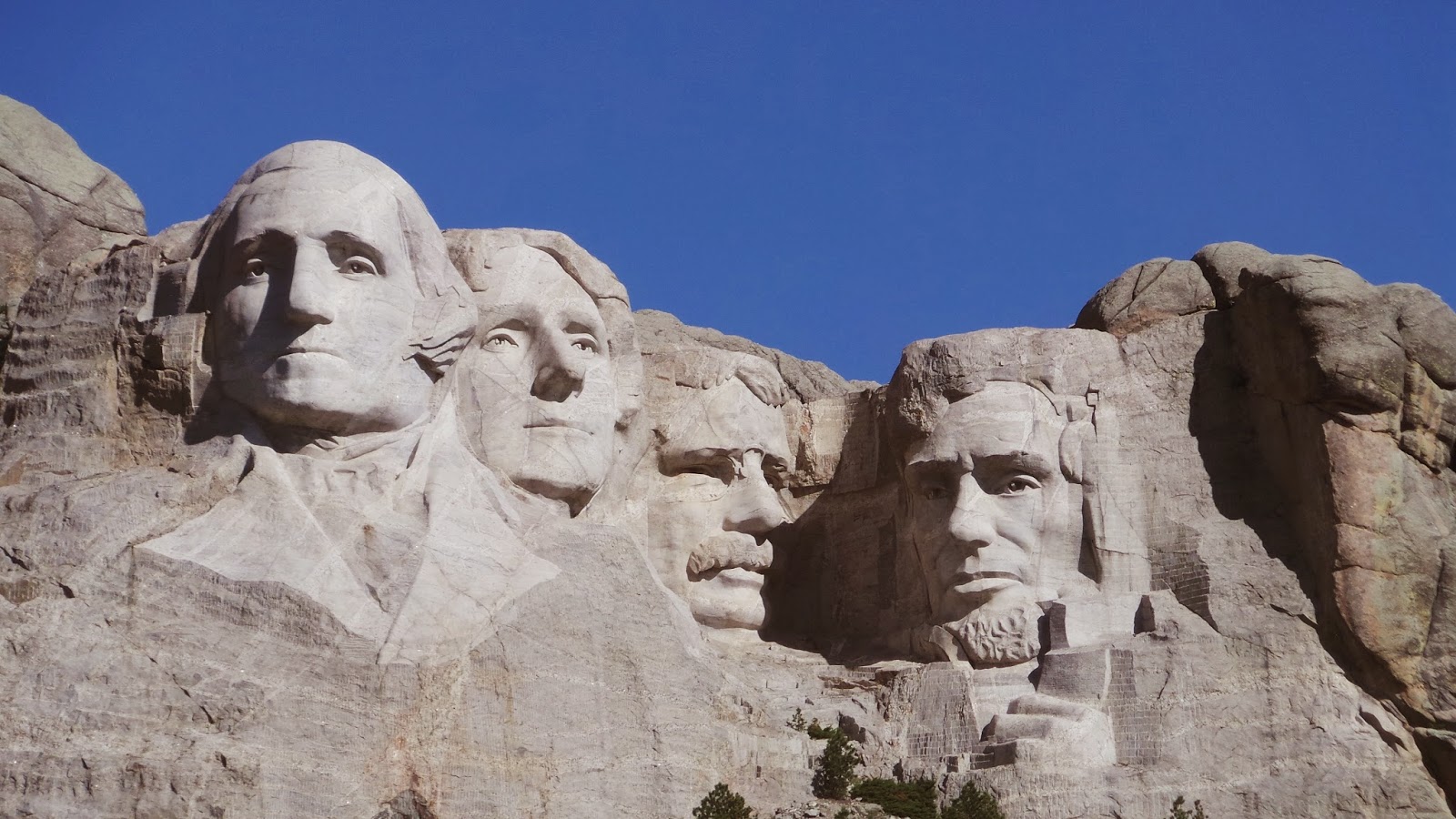 Each face is approximately 60 foot tall 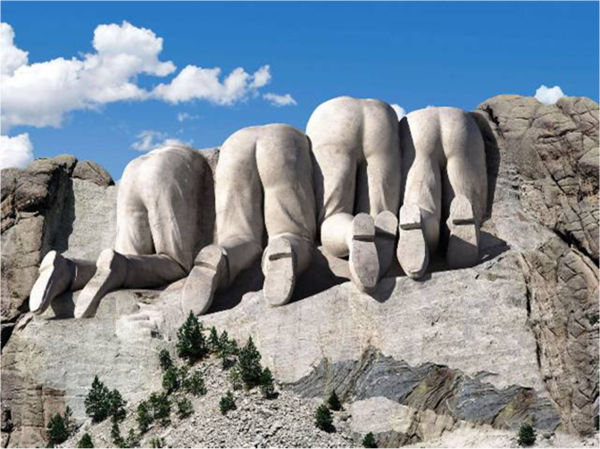 And here is the other side of the mountain….!!  (no it's a spoof photo) 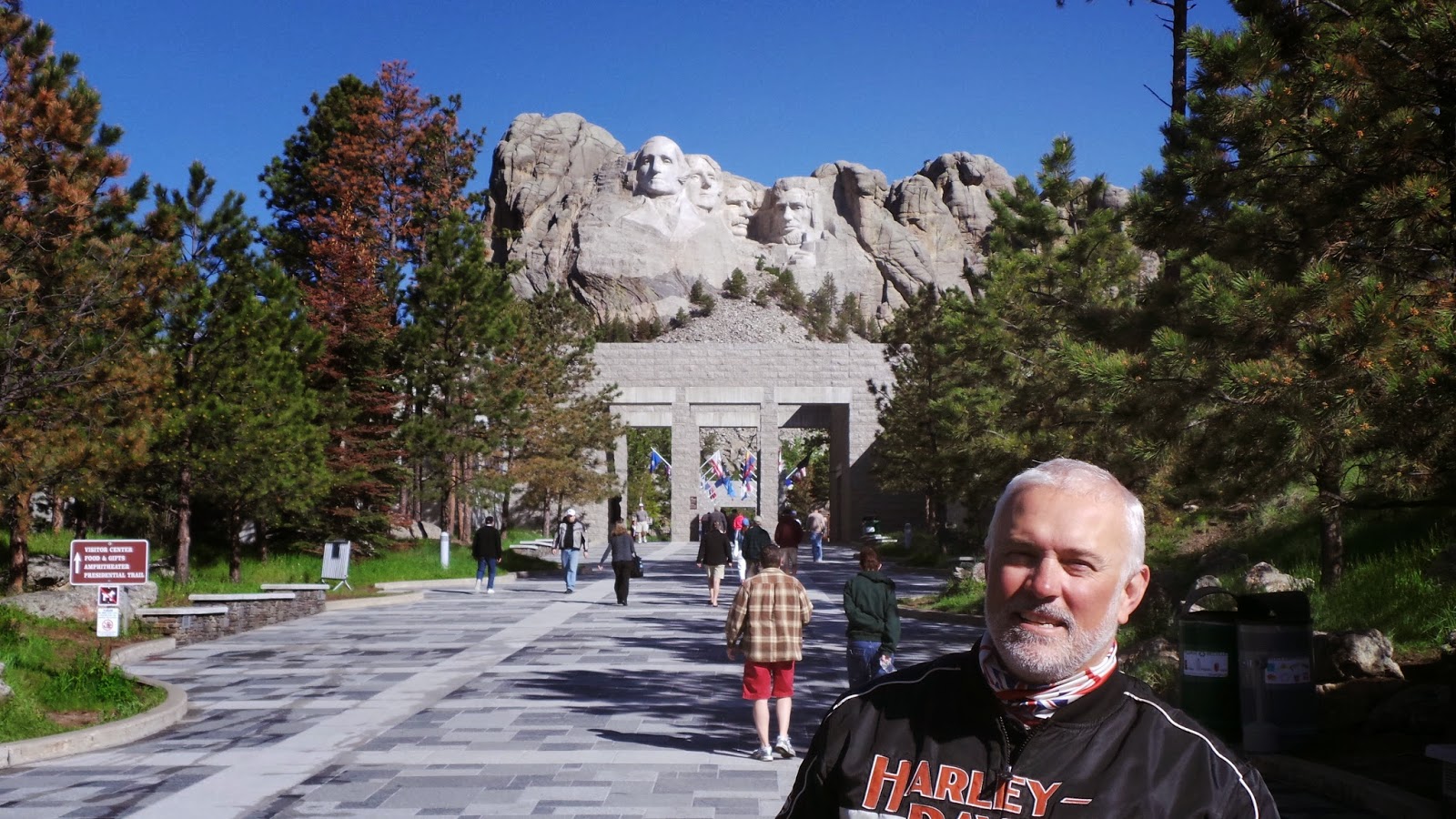 It was still cold even though the sun was out 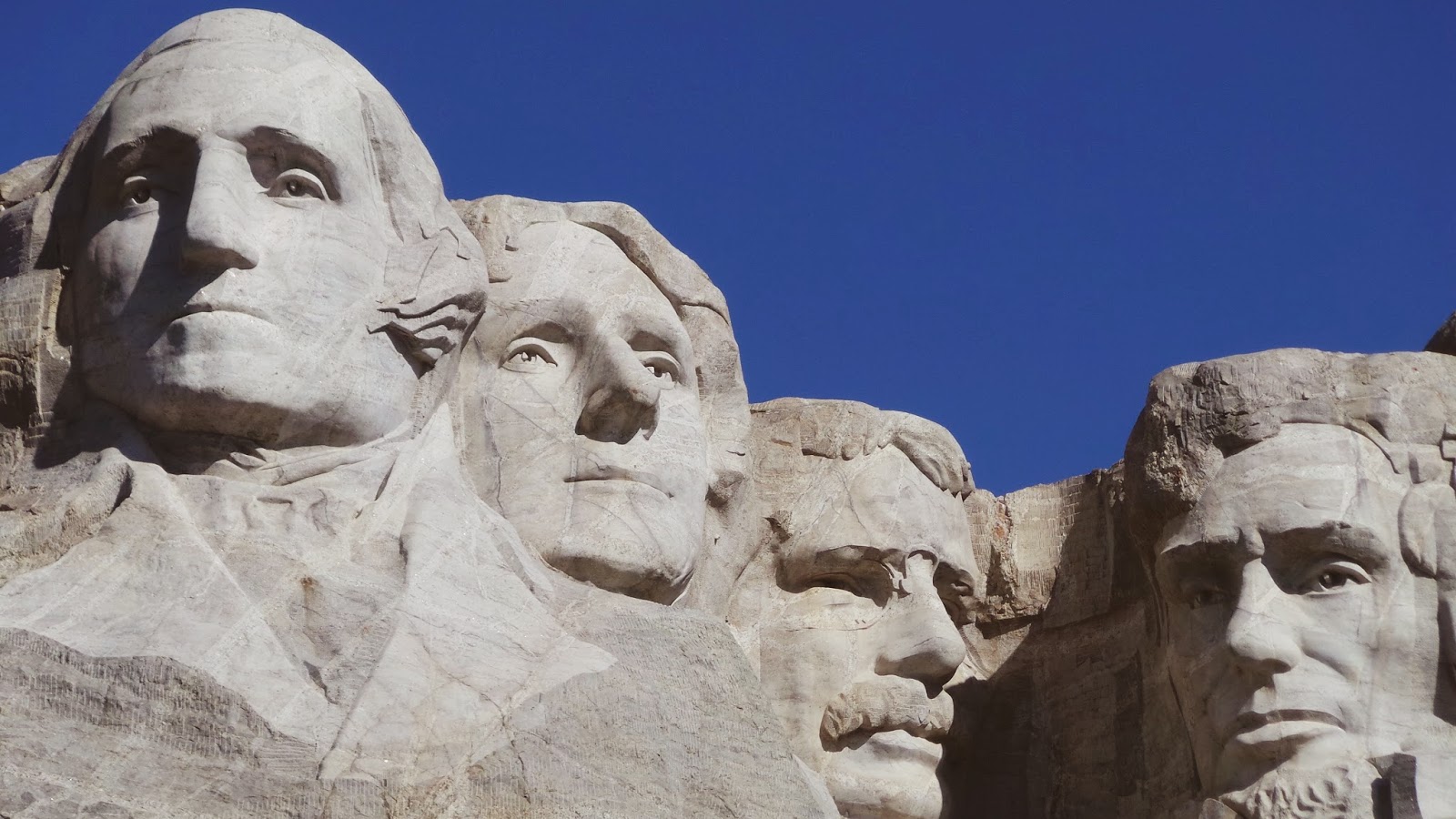 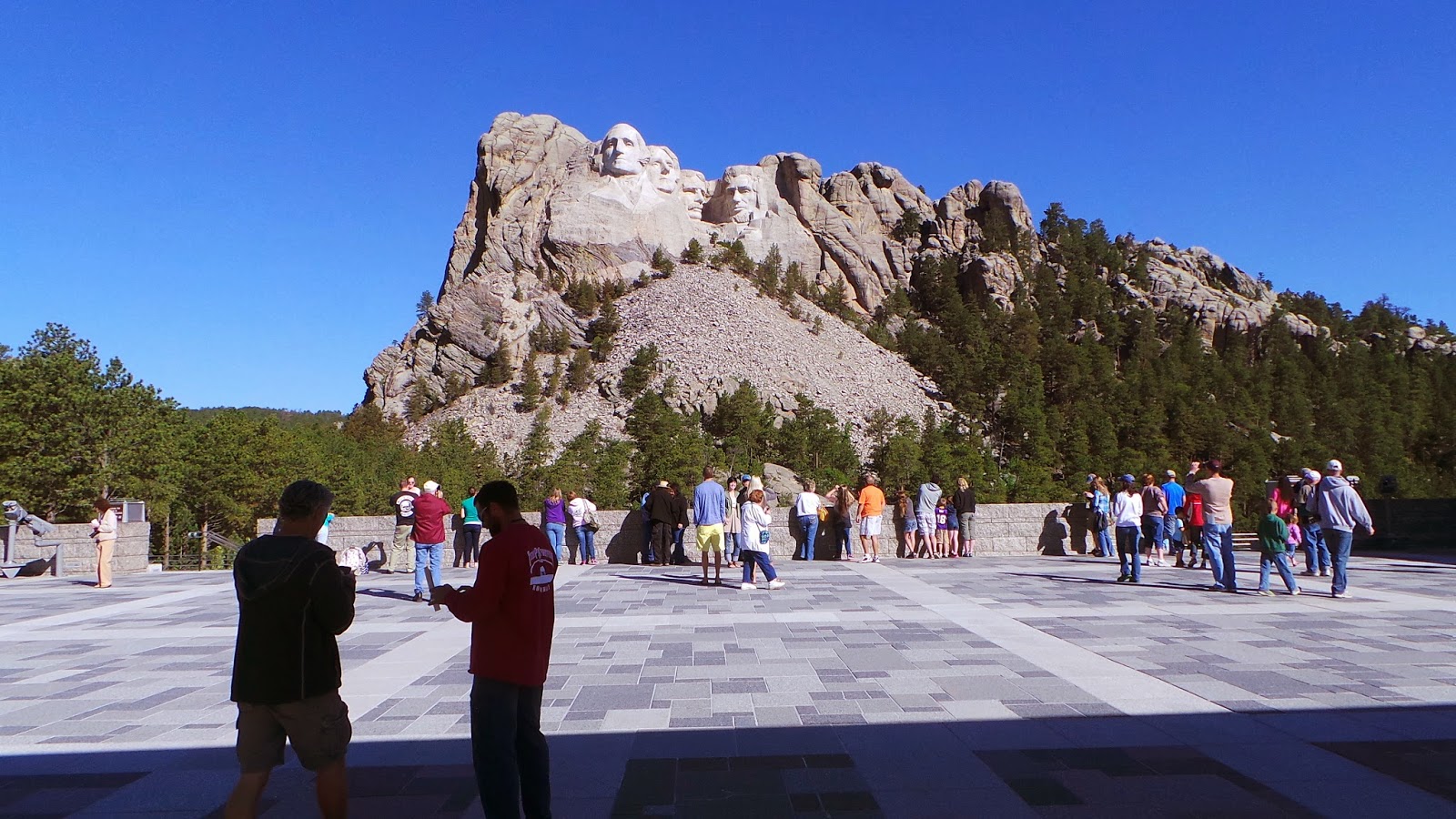