On Friday 20th June we arrived in Newport, Rhode Island which is famous for the 'Newport Mansions' and also is known as 'the sailing capital of the world' and home to the 'America's Cup' sailing yatchs.  Consequently is was incredibly busy and full of a large number of seriously rich people out having fun judging by all the champagne being quaffed and the Italian and German sports cars parked everywhere.    It was difficult to find a parking spot for the bikes.  None of the fee paying car parks would allow us in, not that we wanted to pay for parking!  The Newport Mansions where very expensive to enter, so we didn't, but we did ride passed most of them. 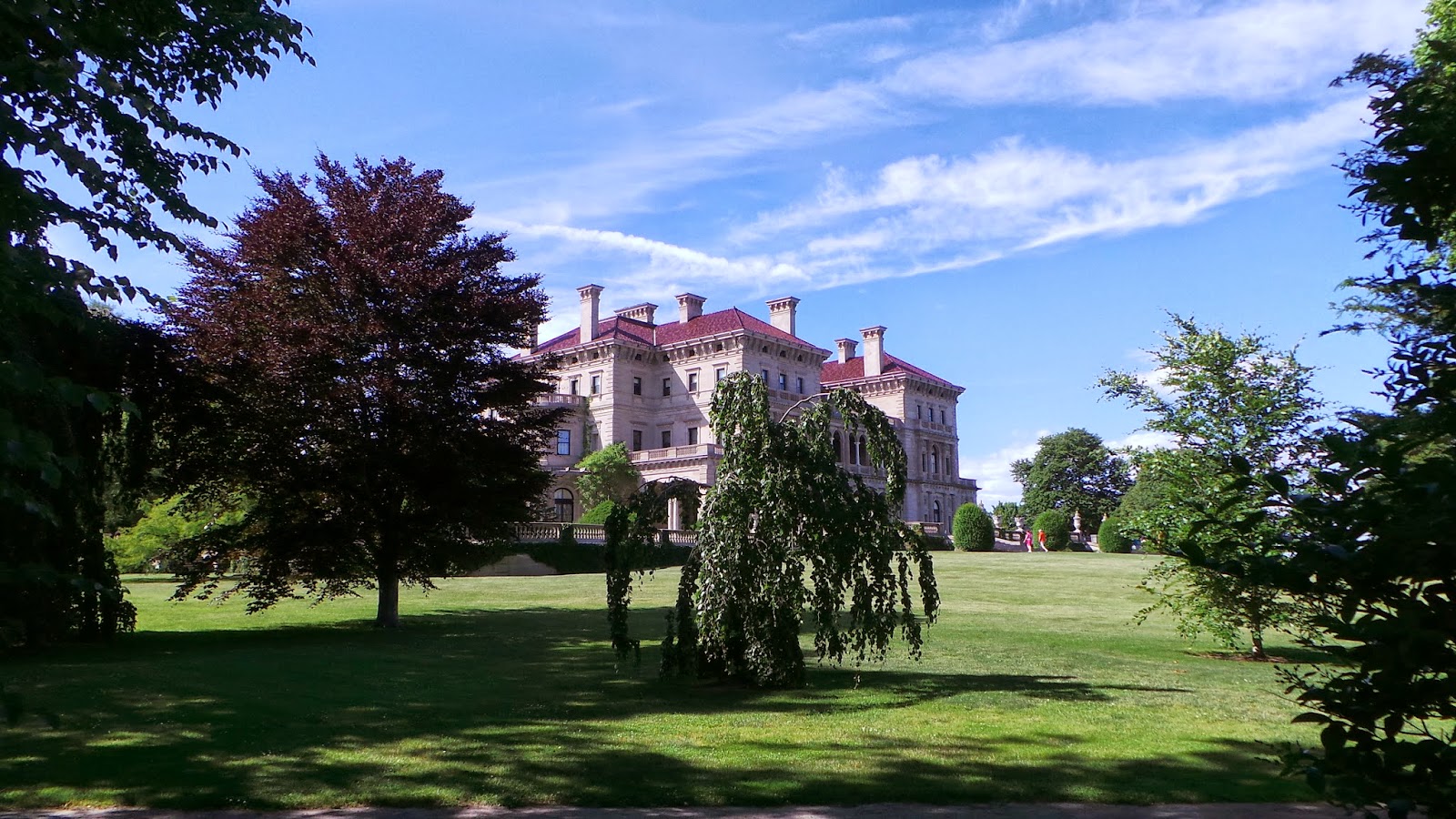 This is "The Breakers" (I took this 'free of charge' from a side street poking the camera through the iron railings).  The Breakers, which was built and owned by the Vanderbilt family who made their fortunes by amongst other things, the railway system of America.  It was finished in 1895 and the 70 room mansion was just a summer house for the Vanderbilts to relax in. 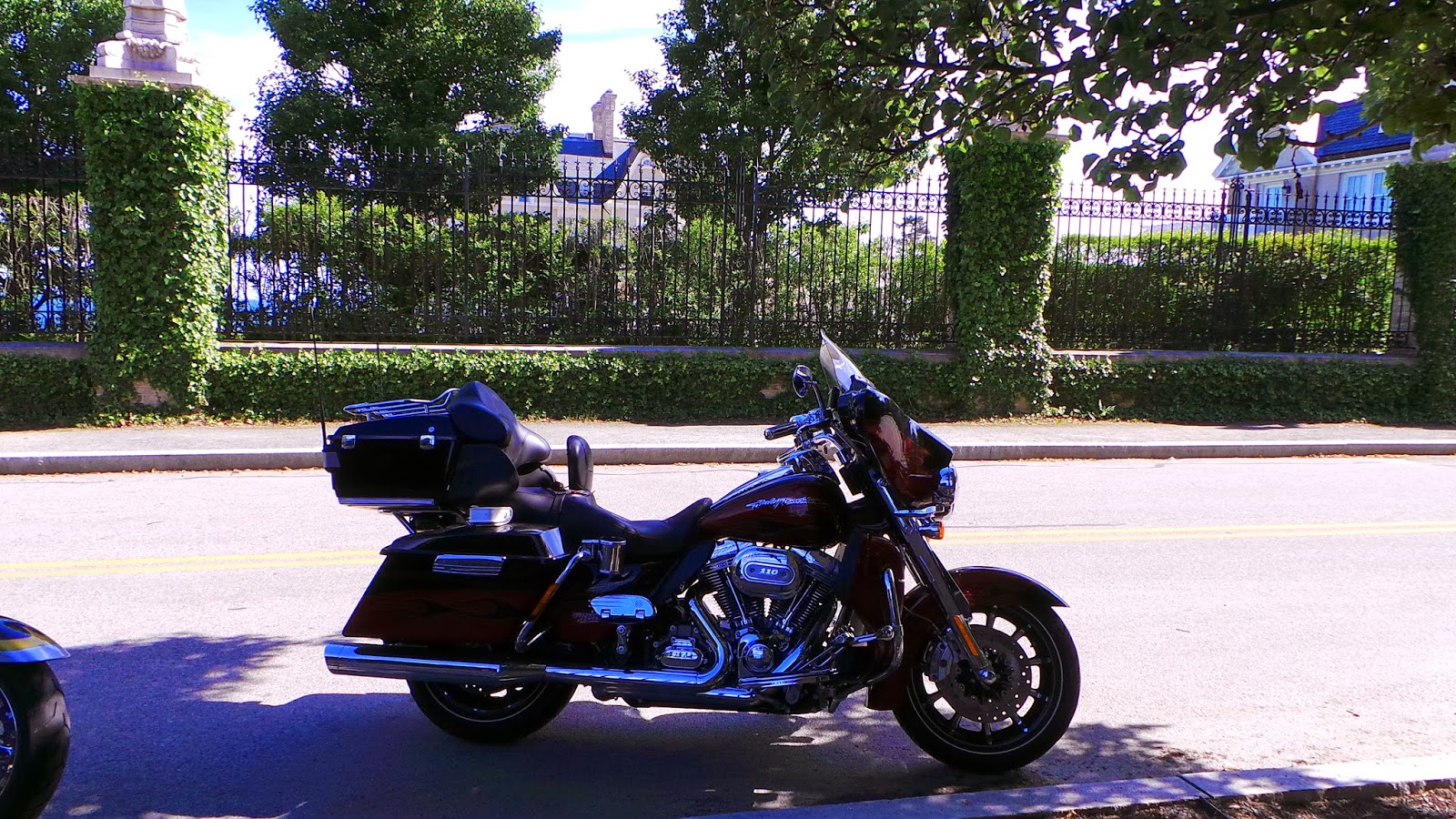 'B1GD0GH0G' feeling in her rightful place amongst the grand wealth of 'Bellevue Avenue' where many of the spectacular mansions are - check them all out here www.NewportMansions.org 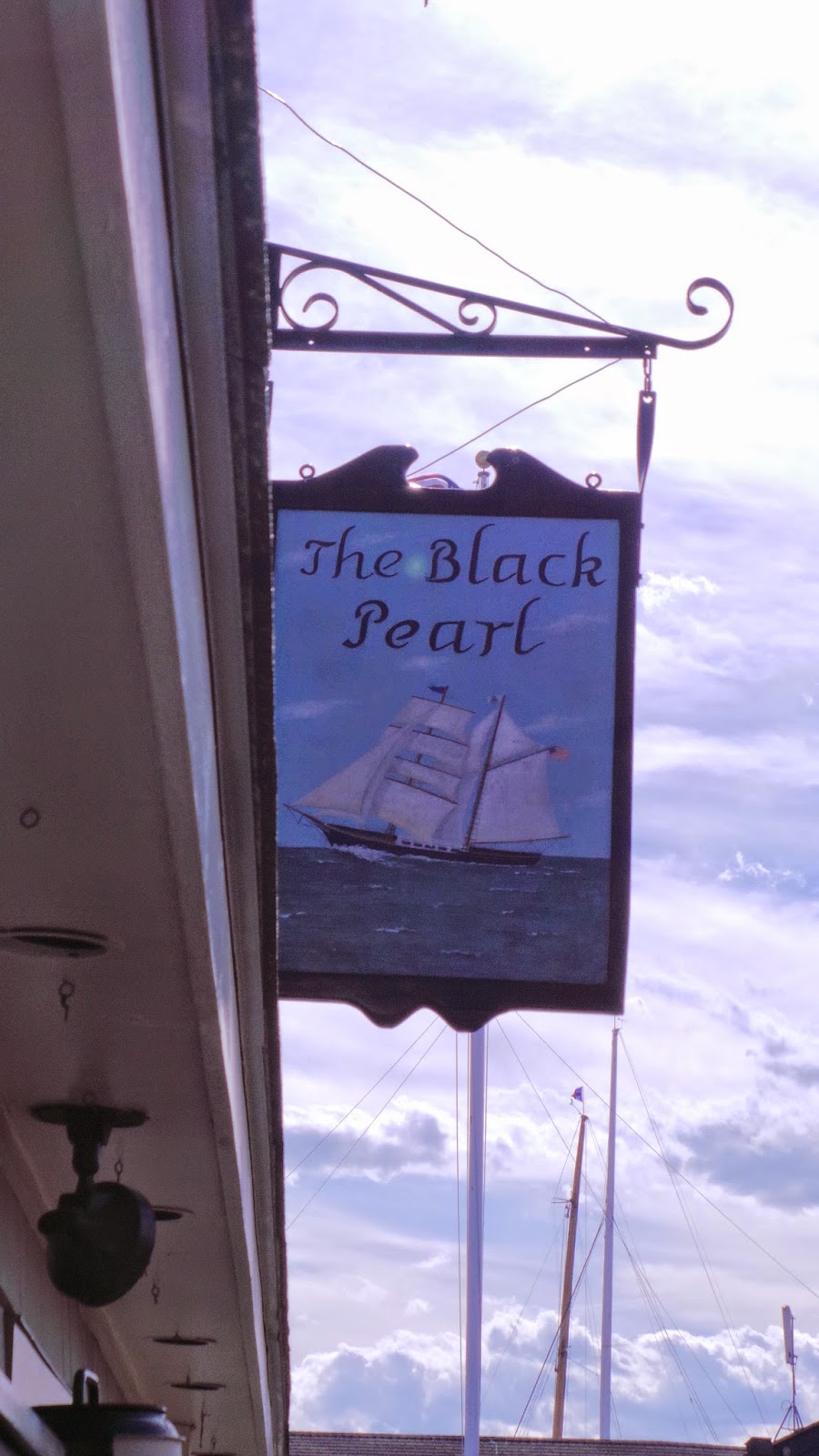 We were hoping to come across 'Jack Sparrow' or 'Captain Barbossa' in this pub, but sadly only draught beers sold in half-pints for $8…!  For a moment I thought I was back in London.

Time to move on…whilst we still had some credit in our bank accounts.