There are two films that defined my youth 'Jaws' and 'Close Encounters of a Third Kind'.  Never has there been a year that goes by where I don't watch both of these great films at least once.  As you know Devils Tower played a central role in the UFO-Alien film by Stephen Spielberg. On our trans-American adventure Devils Tower was on our list of must see natural wonders.  On Saturday 7th June we did just that. 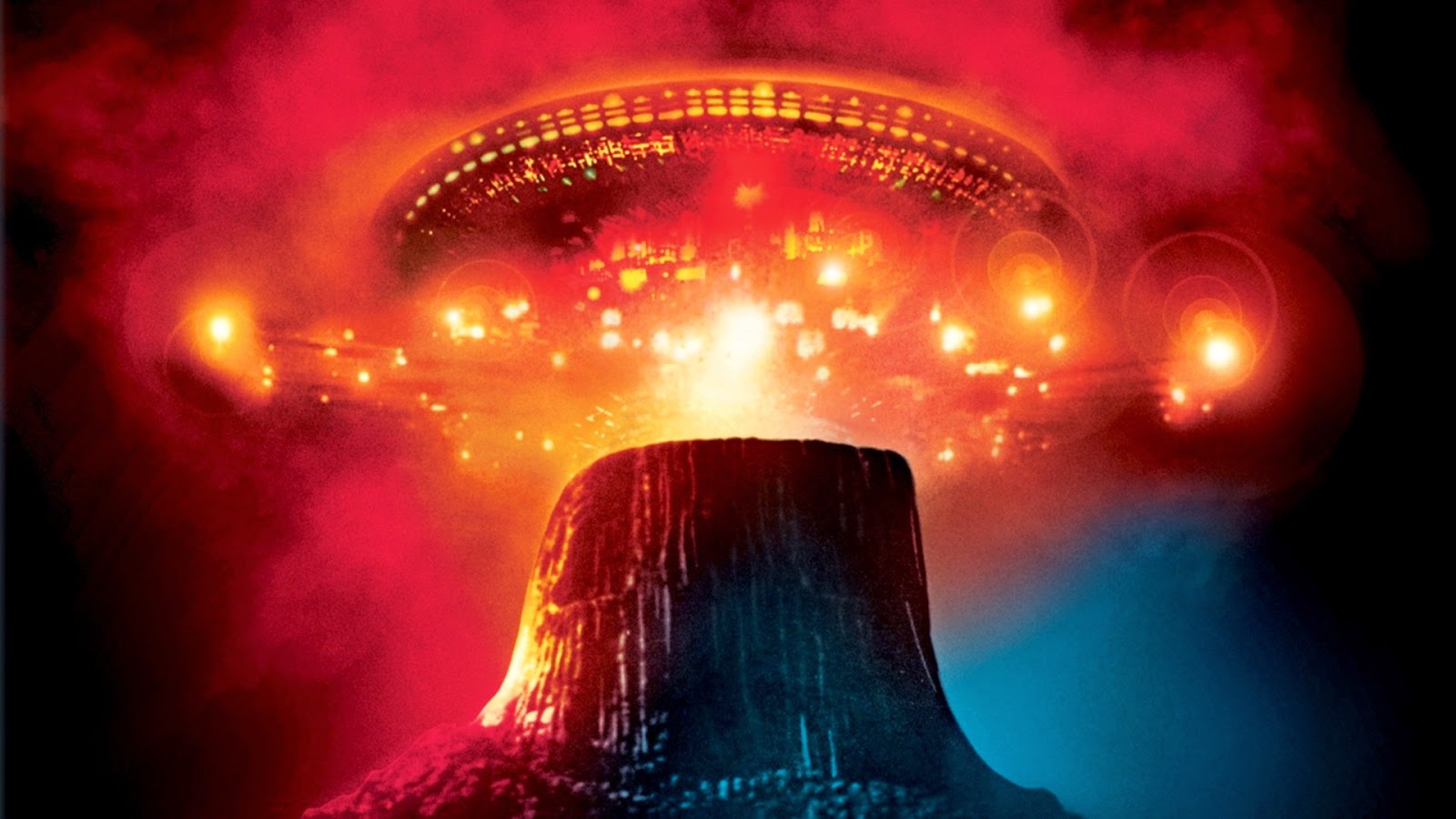 The tower rises 5,100 feet (1,558 metres) above the surrounding grassland and Ponderosa pine forests like a rocky sentinel.   Northern Plains tribes have worshipped near this remarkable geologic formation for thousands of years. Fur trappers, explorers, and settlers alike were awed by the tower's majesty.   In 1906, President Theodore Roosevelt established Devils Tower as America's first national monument. 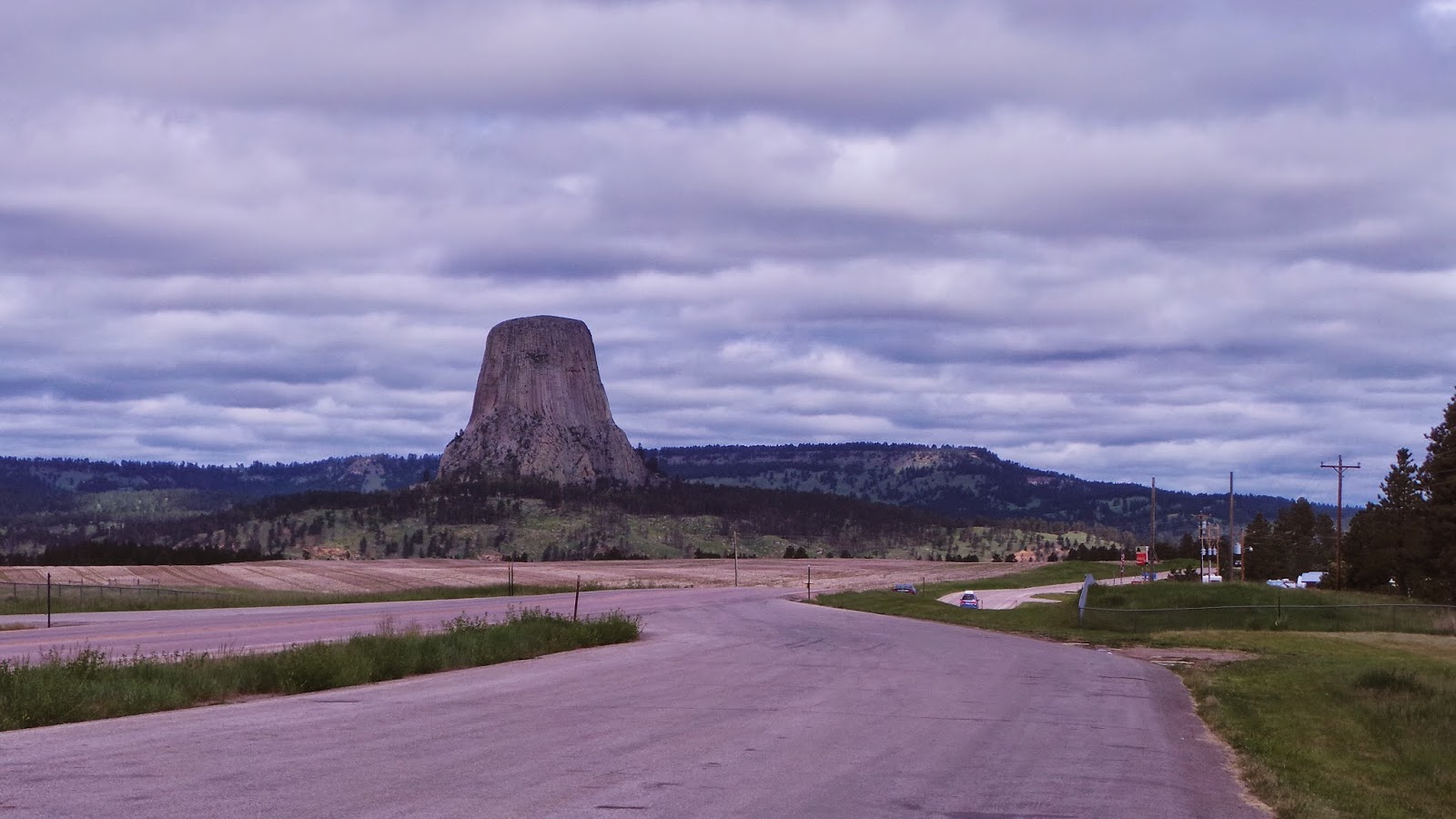 On the approach road - incredibly exciting ride on Highway 24 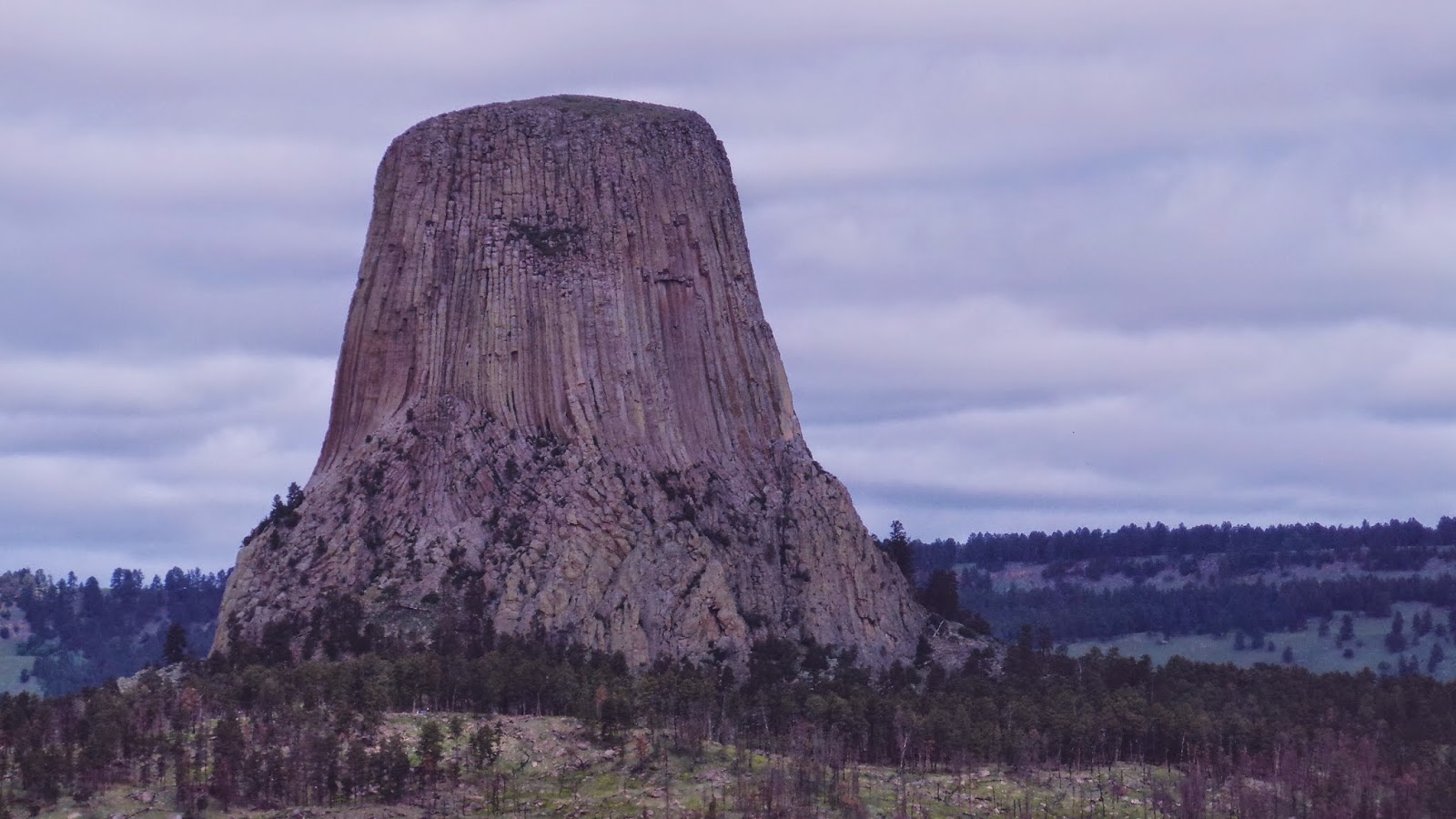 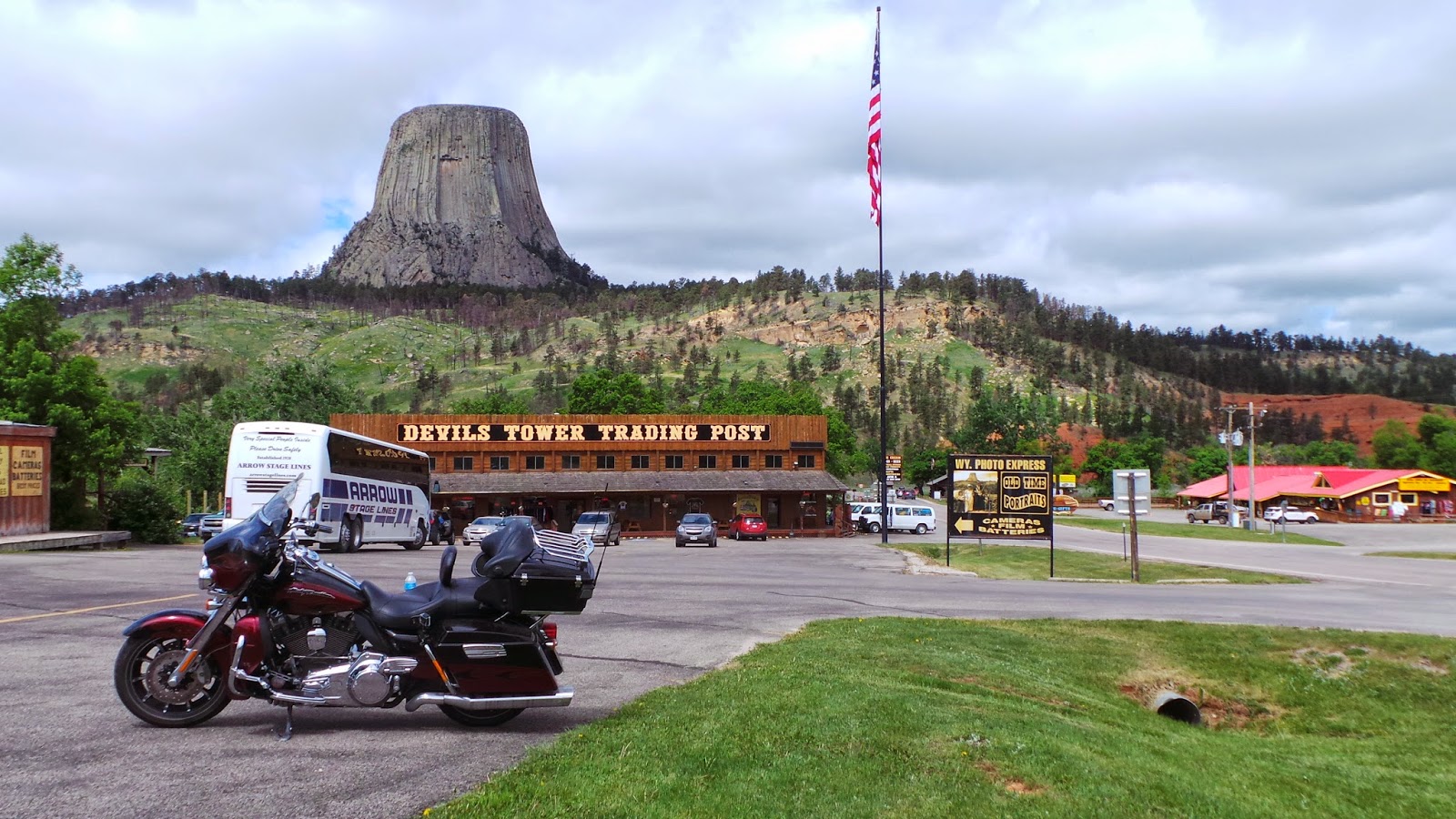 This is one photograph I wanted for my office wall 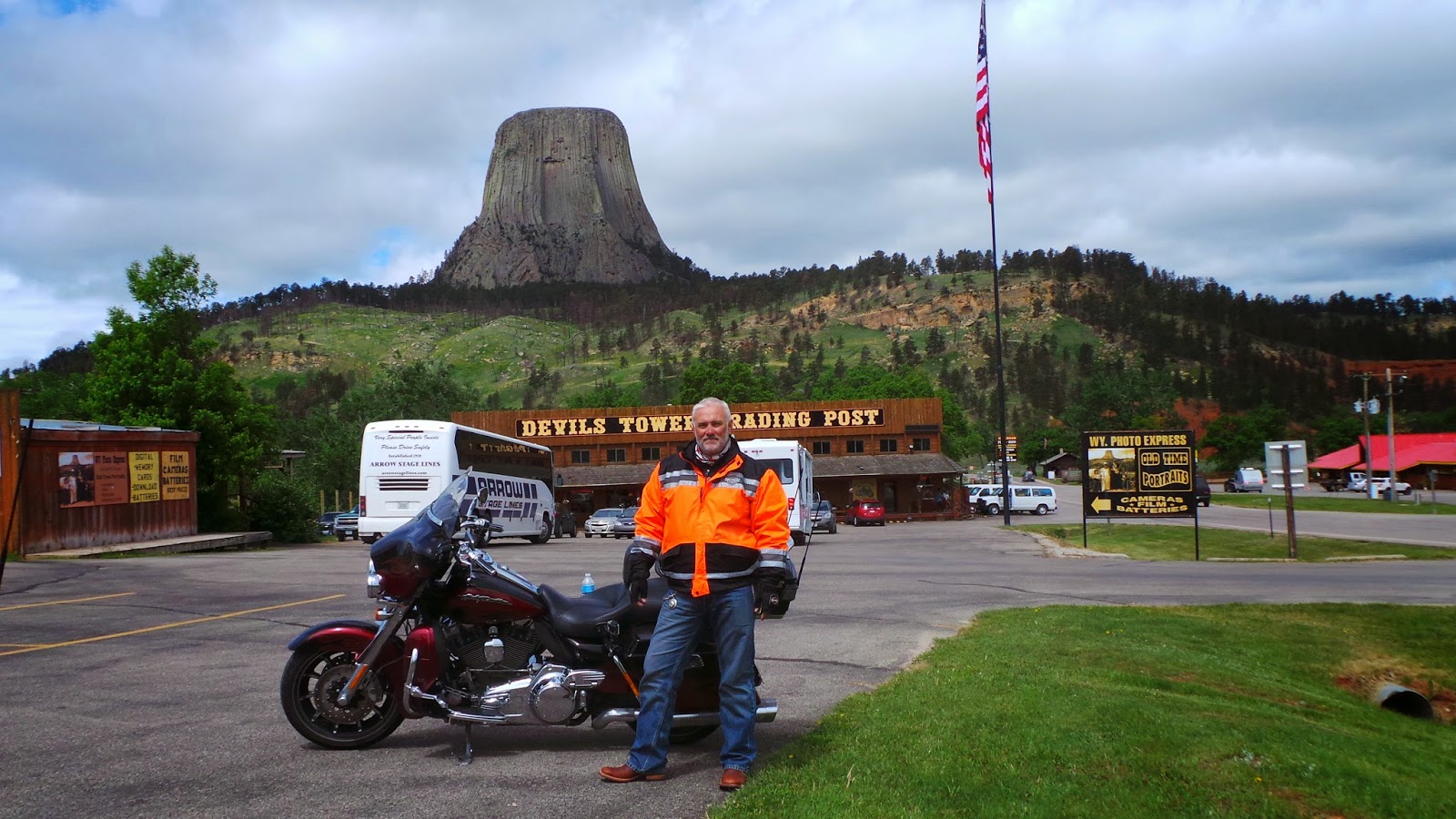 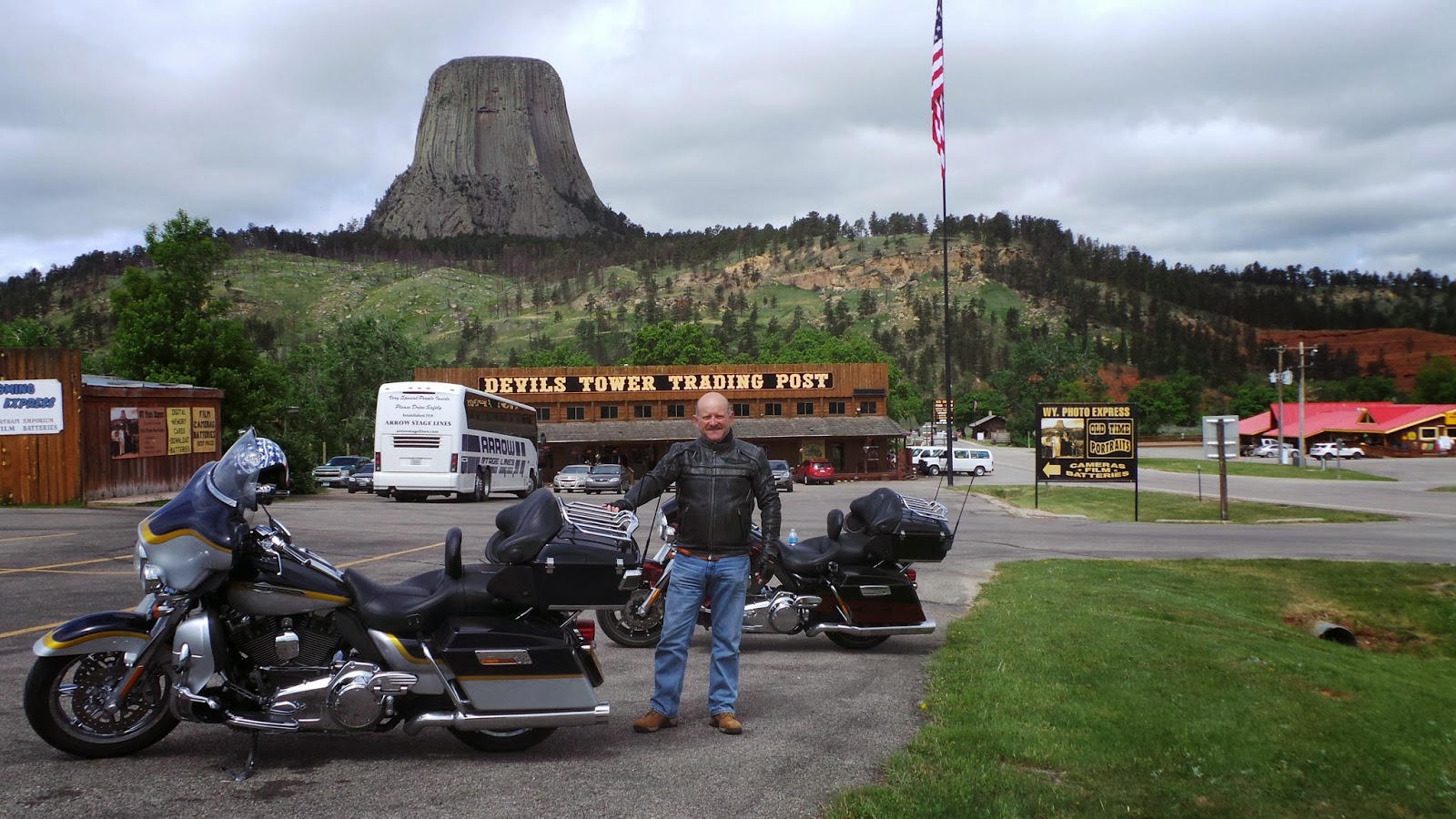 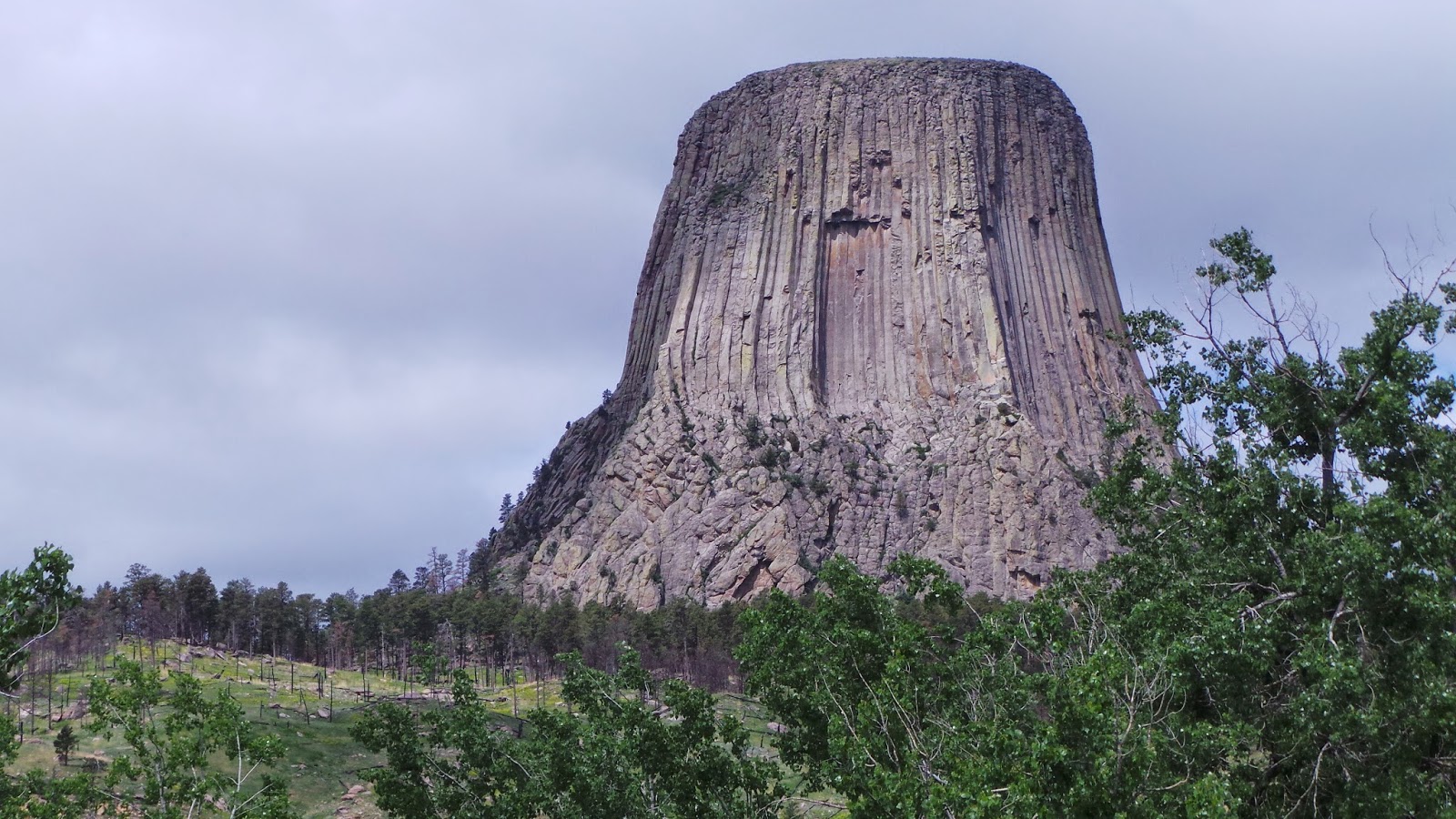 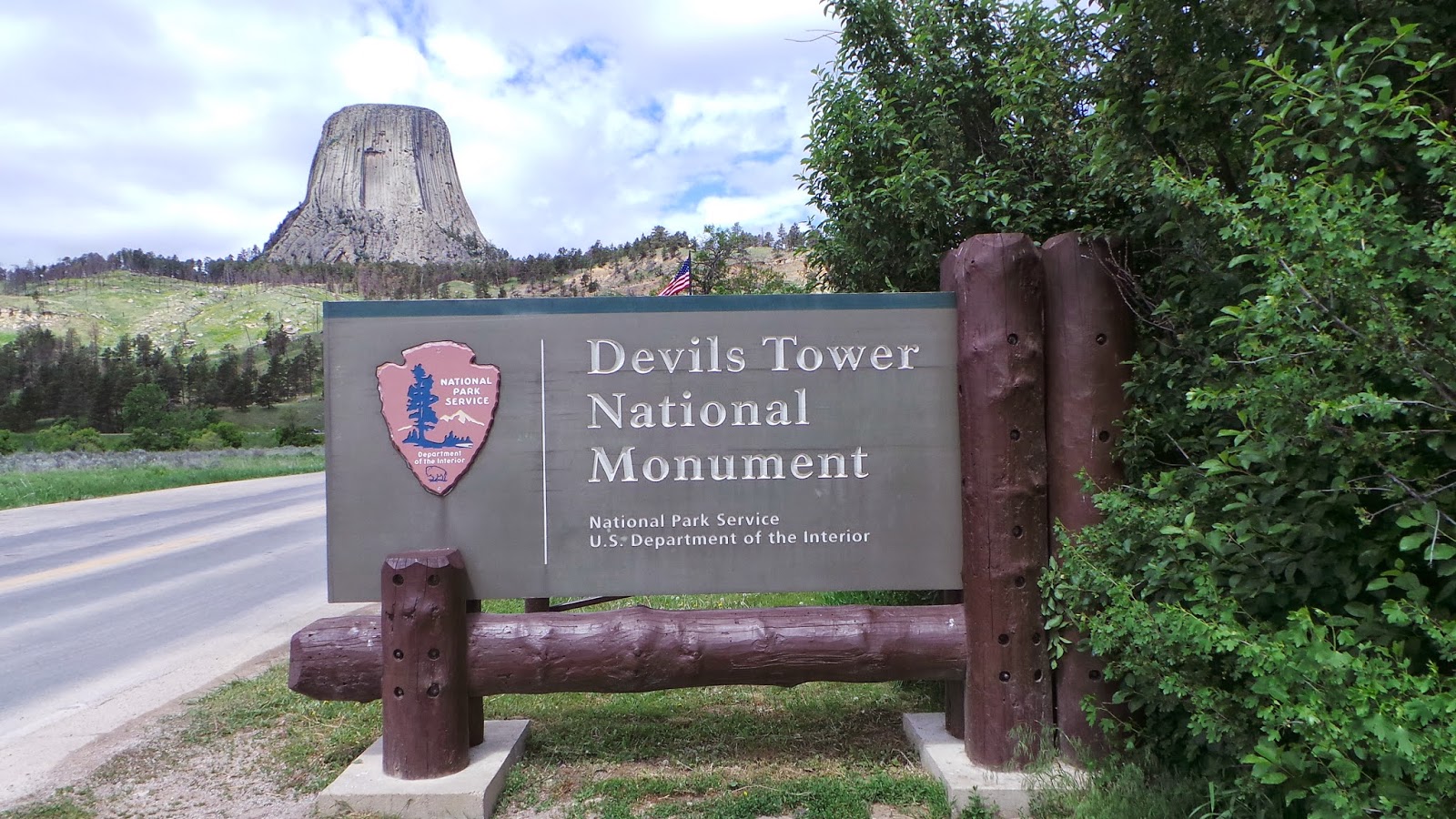 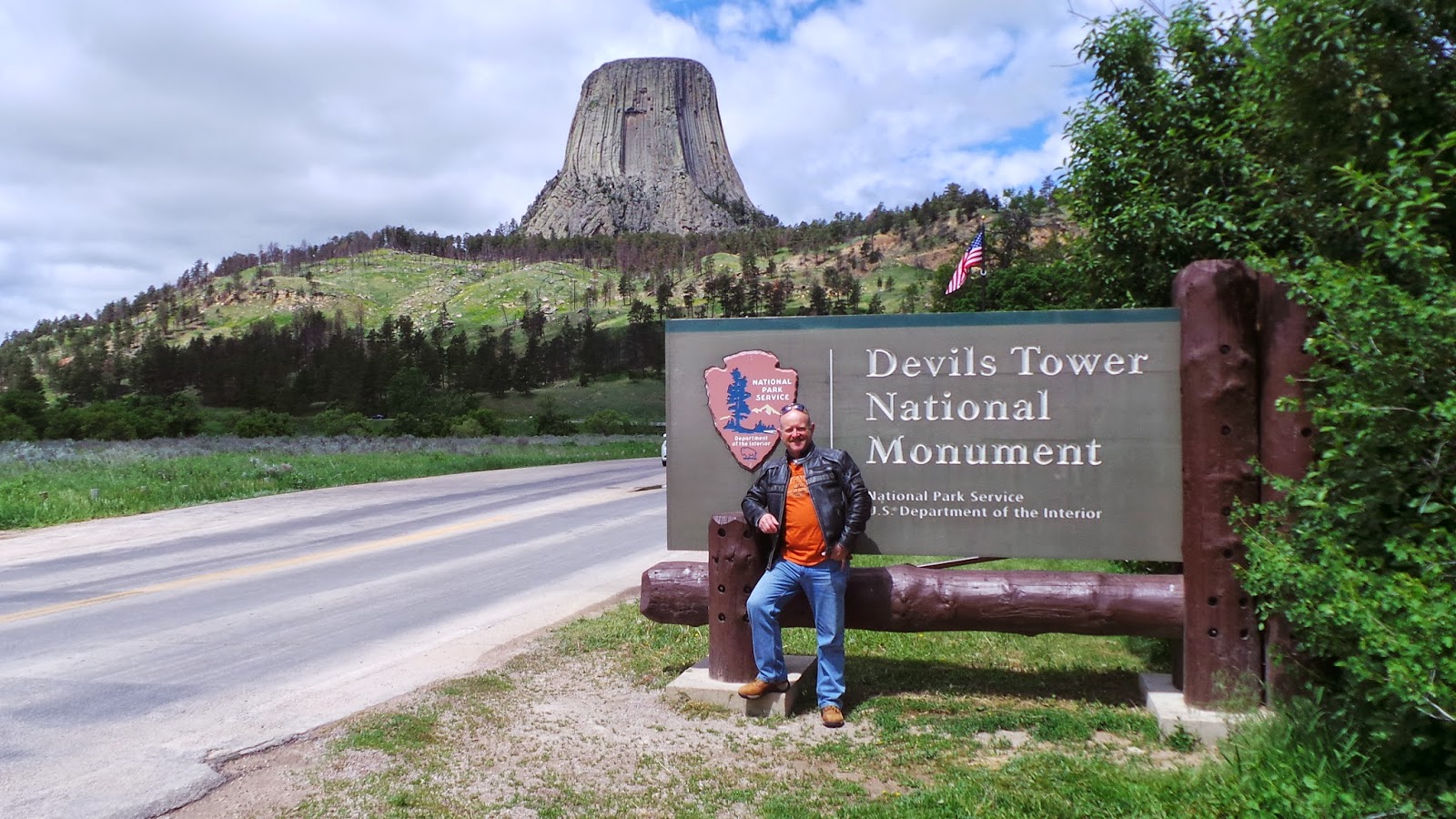 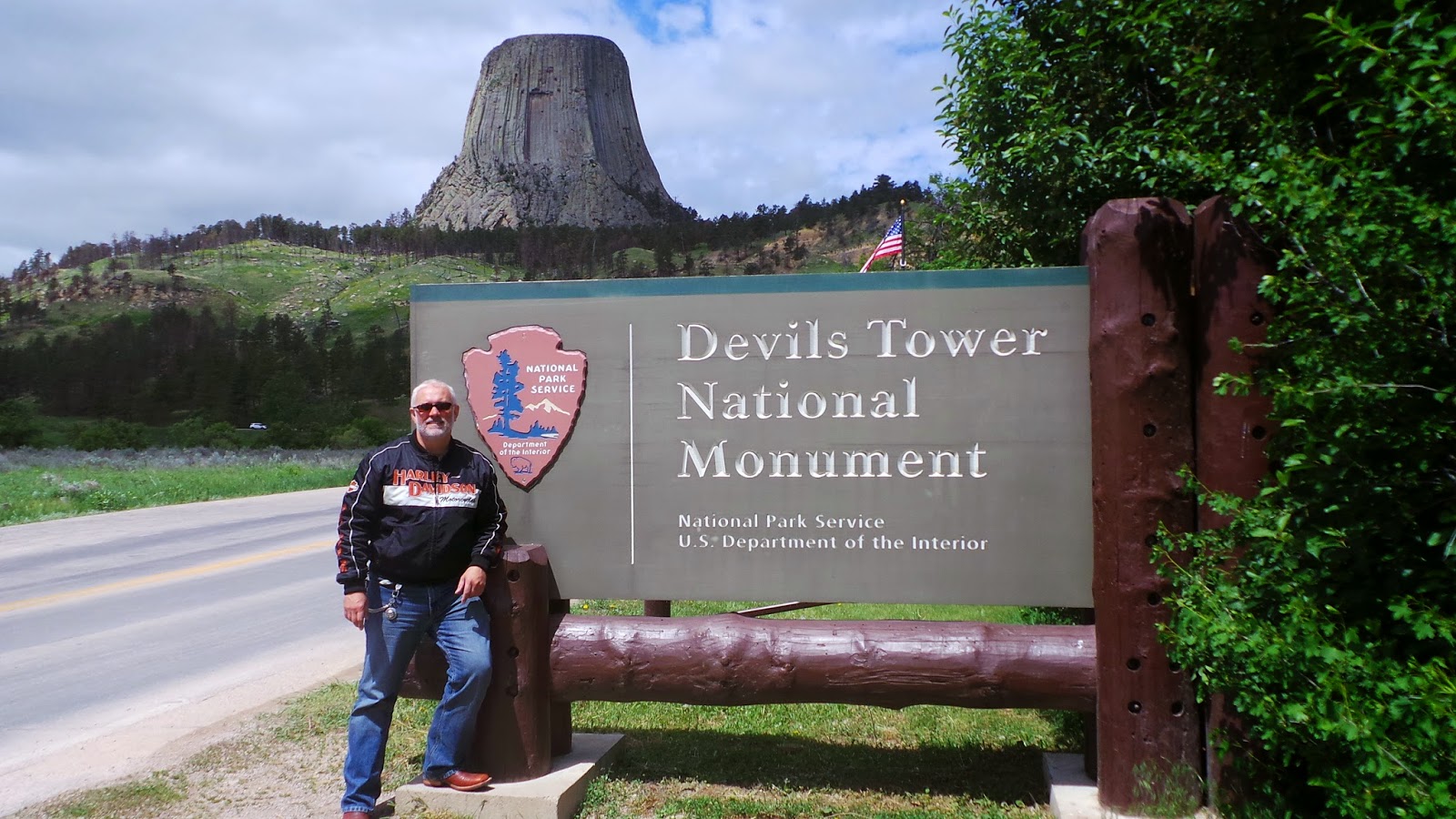 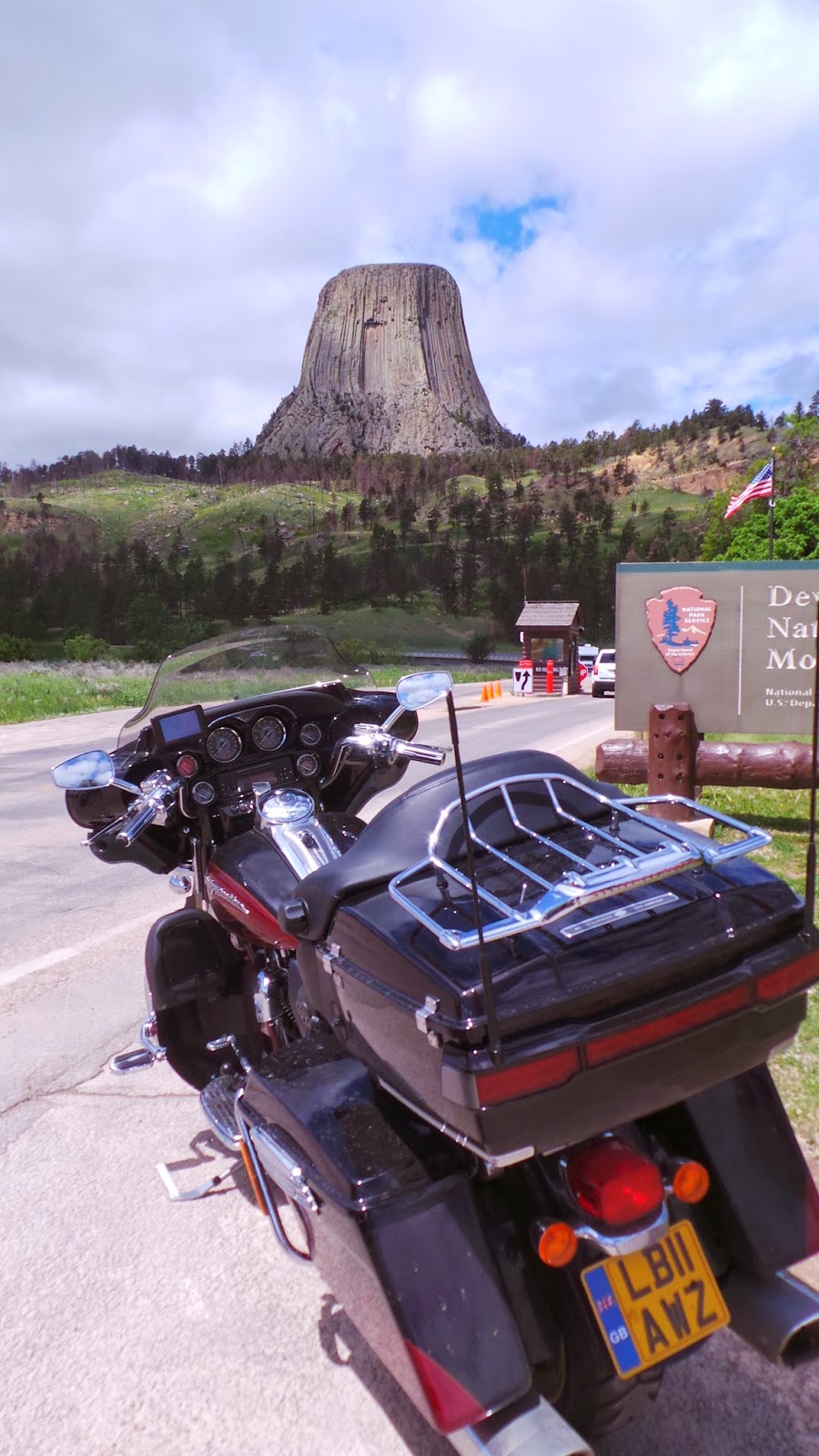 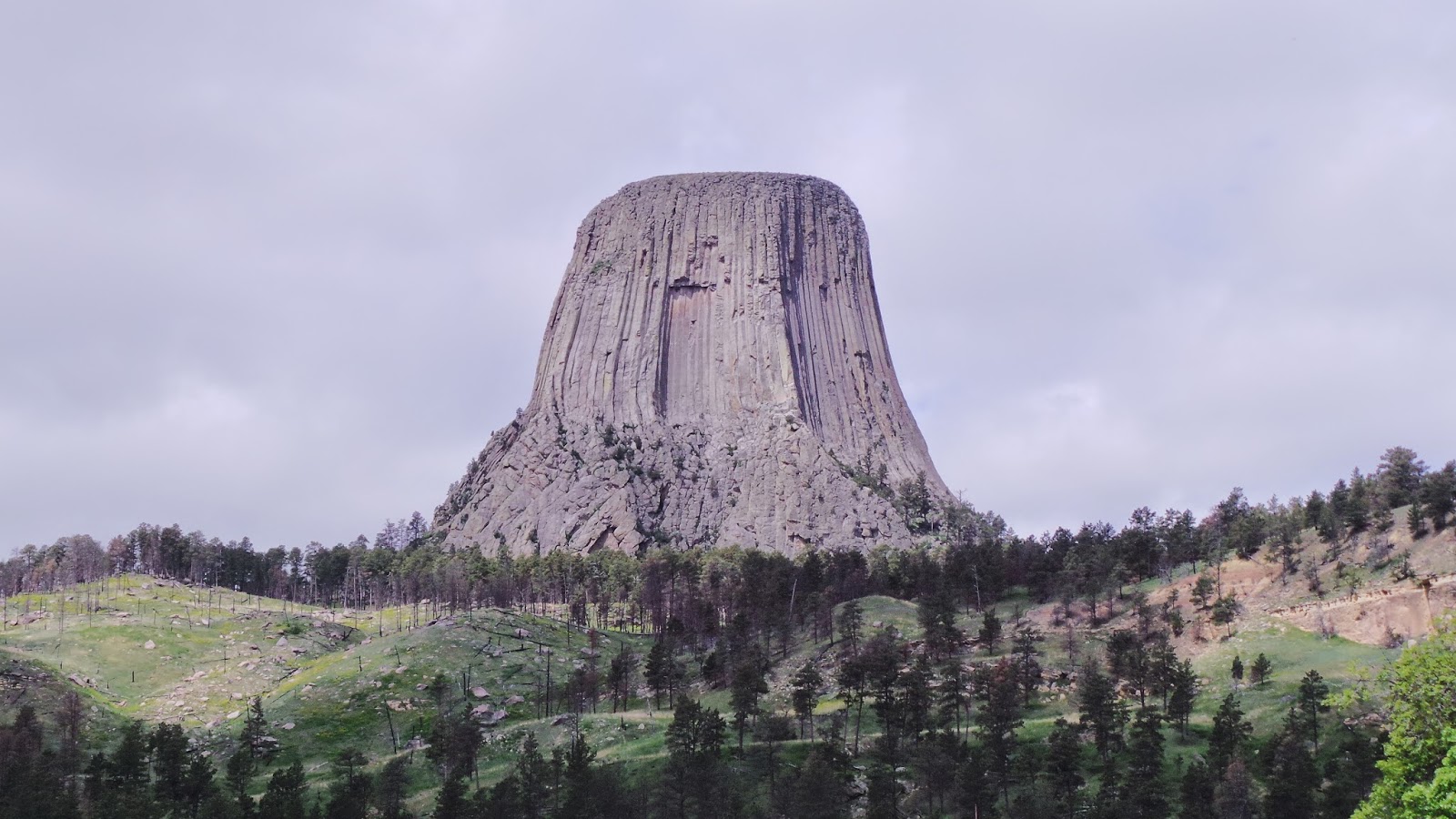 Time to head back to Deadwood before the rain came in.  We were so lucky to have been able to visit the tower in dry weather given the local conditions for the past 3 days.